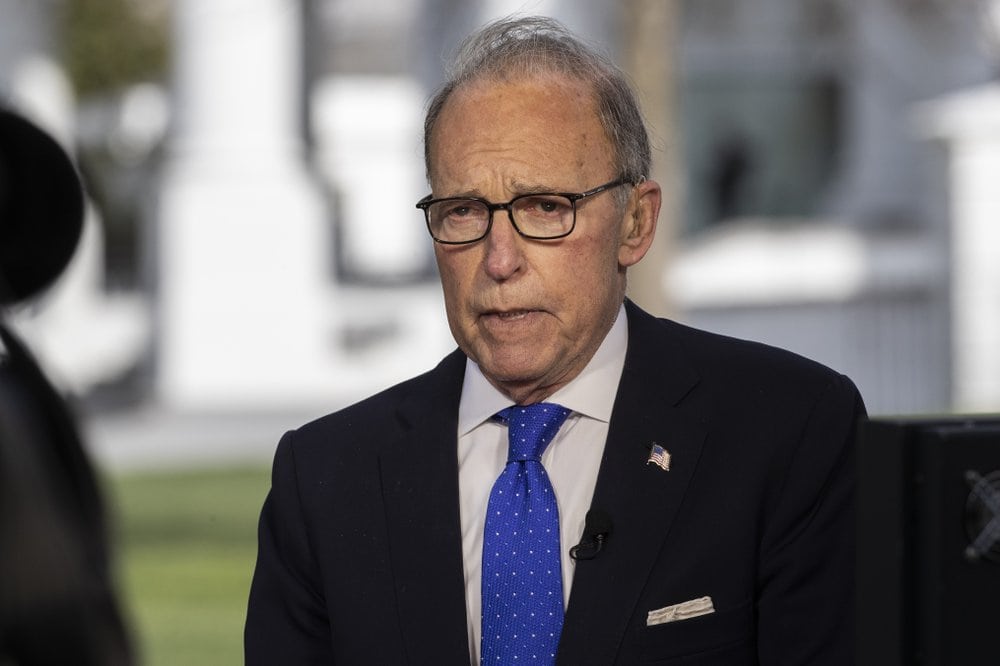 Aviation, restaurants and K-12 schools could use the additional help.

President Donald Trump’s top economic adviser told Florida business leaders Tuesday that some targeted economic stimulus is needed, as half of the people put out of work during the coronavirus pandemic are still unemployed.

However, in speaking during the Florida Chamber Foundation’s virtual “Future of Florida Forum,” U.S. National Economic Council Director Larry Kudlow described a “V-shaped” recovery for the economy, which he said is moving in the right direction with two weeks until the general election.

“I don’t think that this recovery needs a huge spending assistance bill,” Kudlow said. “As inventories are rebuilt it’s a self-sustaining recovery. However, we have targeted certain sectors that could use the help.”

Florida lobbyists for restaurants, aviation businesses and cruise ships have joined their national counterparts in urging targeted stimulus to help the industries, as the tourism and hospitality fields have been among the hardest hit by the pandemic. More than half of the 1.1 million Florida jobs lost in April were in the fields, which are expected to be the slowest to recover as people remain cautious about going out and traveling amid the ongoing pandemic.

Kudlow noted that money remains unspent from prior stimulus packages and that aviation, restaurants and K-12 schools could use the additional help.

“Those are areas that we, from day one, have wanted. But we don’t think we need an enormous aggregate bill,” Kudlow said.

Shortly after Kudlow’s nearly 10-minute address to the Florida business leaders, U.S. Sen. Marco Rubio was on the Senate floor calling for additional funding for the stimulus effort known as the Paycheck Protection Program.

“Like anything new, this big, that fast, it had some hiccups,” said Rubio, chairman of the Senate’s Committee on Small Business and Entrepreneurship. “We worked in a bipartisan way with the administration to implement it. I’ll say this without any reservation. It was by far the single most effective piece of that CARES (Act stimulus) package. And there isn’t a day that goes by when I’m back in Florida, or frankly anywhere in the country, that I don’t hear about it.”

Rubio added that with two-thirds of the program’s grants worth less than $50,000 and 70% of the grants going to businesses with fewer than 10 employees, business owners called the funding a “lifesaver, and then they ask, ‘Is there more on the way, because we’re still struggling?’”

House Speaker Nancy Pelosi and Treasury Secretary Steven Mnuchin are negotiating a coronavirus package estimated between $1.8 trillion and $2.2 trillion. While Senate Republicans have questioned going over $1 trillion and Trump has signaled exceeding what the House Democrats offer, Kudlow said he couldn’t forecast where the talks are headed.

“I’m just suggesting in certain weaknesses in the recovery story, and there are some weaknesses, we could use some assistance,” Kudlow said.

Kudlow said “we’re still only halfway home” in the recovery. But he preferred to address positives that include such things as a strong housing market, increases in consumer retail spending and confidence and surging auto sales. He also pointed to an increase in new business applications.

“That’s important and interesting to me,” Kudlow said. “Because, unfortunately, (there were) a lot of casualties in the small business world from the pandemic and its mitigation and the closing and most subsequent resulting contraction. But we are seeing people come back to restart their business or open a new business.”

Kudlow’s appearance was part of the opening day of the three-day online forum, which also included videos from Rubio and Gov. Ron DeSantis, a panel discussion on COVID-19 vaccines and discussions about transportation, ports and the aerospace industry.

Jerry Parrish, the Florida Chamber Foundation’s chief economist, said a report will be released Thursday showing the impact of COVID-19 on small businesses in the state.

The report will come as the state has 451,100 fewer jobs than before the pandemic reached the state and as 770,000 Floridians continued to look for work in September.

However, not all of the impact will be bad. Parrish said one trend the pandemic has accelerated is people being able to work from home.

“That’s giving opportunities to companies and is actually making Florida’s rural communities more attractive to many,” Parrish said. “This is stopping years of depopulation and providing new life to Florida’s smaller towns and rural counties.”

With many low-wage workers struggling the most during the pandemic, Florida Chamber President and CEO Mark Wilson suggested a need to refocus job training in the state.

“A year ago, we had 238,000 jobs that were open, and employers couldn’t find people to fill them,” Wilson said. “Today that numbers up to almost 300,000, 298,700. So, we still have a huge number of open and unfilled jobs in Florida. I wouldn’t focus on the unemployment rate. What I would encourage you to focus on over the next few days is the skills mismatch that we have. If we have 300,000 open jobs in Florida, what do we in the business community need to do to help our training community get people ready for those jobs that exist right now and are going to exist in the future?”