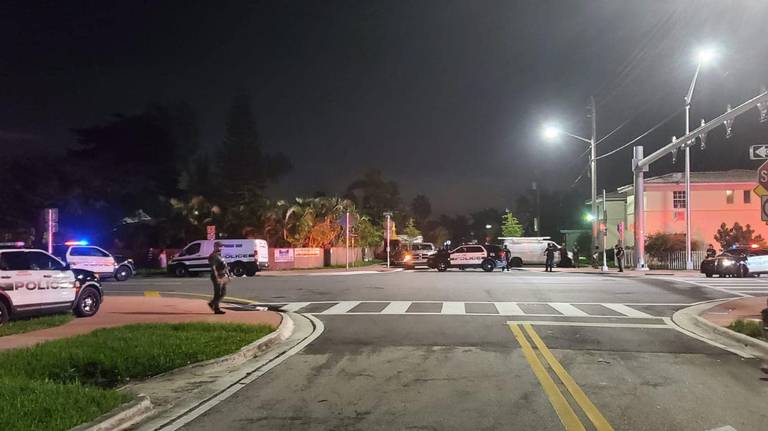 A local strip club is suing to strike down the curfew.

A midnight curfew resumed Tuesday night in Miami-Dade County after a court had previously ruled the measure was invalid.

Late Monday, an appeals court stayed the original order which banished the curfew. That allowed the county to return to enforcing it Tuesday night.

Due to its high population and status as a tourist hotspot, Miami-Dade County has seen the most coronavirus infections of any county in the state. Last month, however, Gov. Ron DeSantis pushed the region into Phase Three of the state’s reopening plan. Part of that order required local governments to allow businesses to reopen.

County officials responded by adjusting the region’s emergency order, though the curfew remained intact. The curfew — which had previously begun at 11 p.m. — would run from midnight to 6 a.m.

That prompted Tootsie’s Cabaret — a strip club inside Miami-Dade — to sue the county, arguing the curfew interfered with its ability to operate late at night for its clientele. A Friday ruling gave Tootsie’s a win, striking down the curfew.

The Governor’s order wasn’t absolute though. It did allow local governments to institute some restrictions, so long as those limits are approved by the state.

That prompted Miami-Dade County Mayor Carlos Giménez to appeal the decision. An appeals court Monday agreed to allow the county to continue its curfew while that appeal is decided.

“The decision is a big disappointment, especially to Tootsie’s employees and contractors, who will lose income as a result,” said a Tootsie’s spokesperson, according to WPLG Local 10.

“We respect the Appeal’s Court temporary stay of the injunction against Miami-Dade County’s curfew. We are confident we will prevail based on last week’s Circuit Court ruling that the curfew clearly conflicts with the Governor’s emergency orders. Tootsie’s continues to take seriously COVID-related safety measures and urges others to do so.”

Critics of the curfew argue limiting business operation based on time of day isn’t an effective strategy to combat COVID-19. Some of those critics include mayors inside Miami-Dade County, who welcomed a ruling striking down the curfew.

But county officials are wary after the state’s previous reopening attempt in May led to a drastic spike in cases, hospitalizations and deaths in the region. It’s unclear when a final ruling on the county’s appeal will come through.