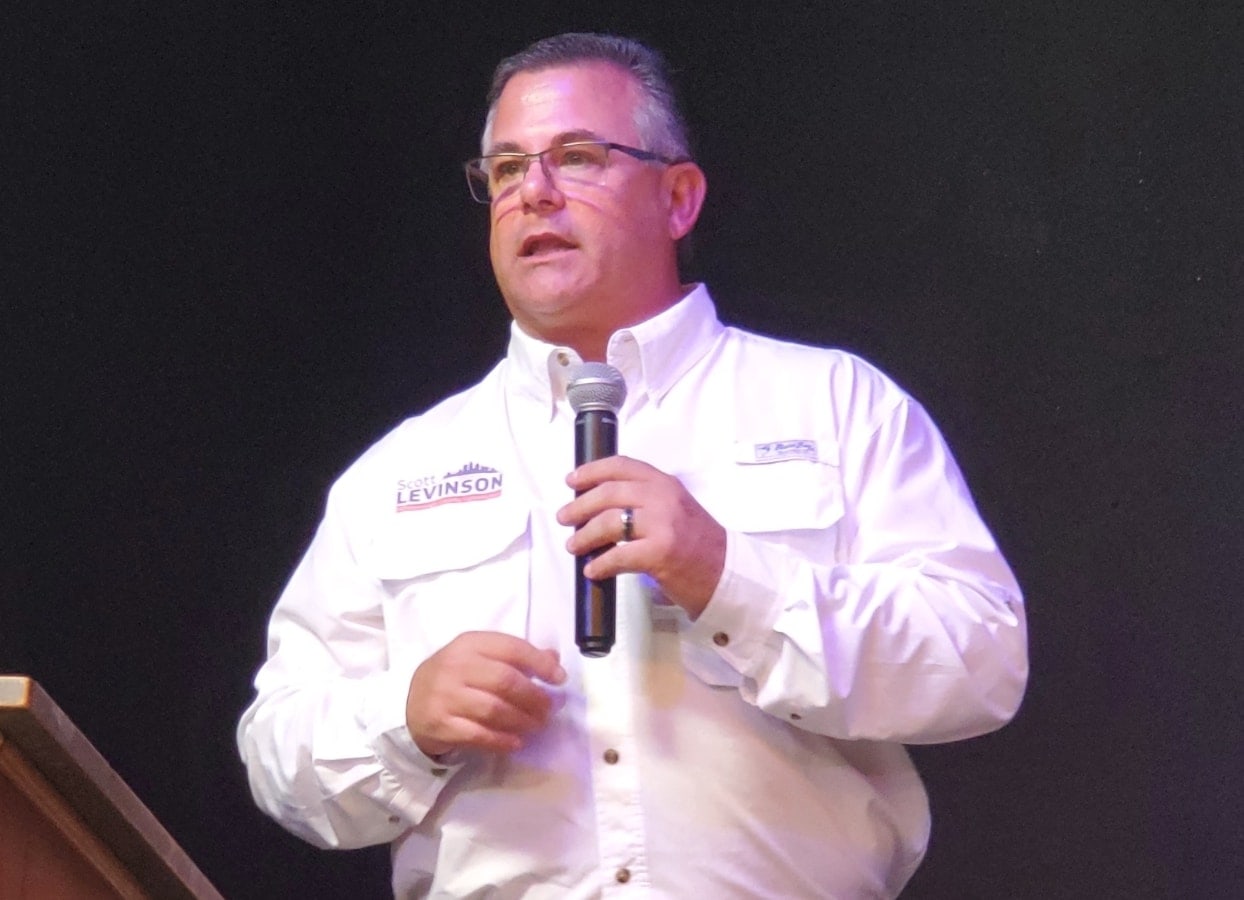 It turns out, Levinson has been in trouble with the law before, albeit more than 25 years ago and on minor charges. He was charged in December of 1993 with possession of narcotics and paraphernalia. A police report shows he was in possession 1.6 grams of marijuana and a wooden pipe containing residue.

Levinson accepted a plea deal that required him to enter an intervention program, common for first-time drug offenses.

Levinson claims he forgot about the decades-old incident and initially indicated to the Times he had not been arrested. He said he later reached out to the Times to inform them of the incident.

The Times editorial board declined to comment on the questionnaire when asked to confirm Levinson’s claim. But Levinson told Florida Politics he had forgotten about the incident because he was never arrested. He said the charge related to a party in which law enforcement showed up. Attendees scattered and he later received a notification about the charge, but never personally attended court, he said.

Levinson provided an email to back up his claim that he then informed the Times of his omission.

“I had some information come to my attention concerning one of my answers on the questionnaire I submitted to you for the campaign. If you have an opportunity to contact me before Monday, I am available 24/7,” Levinson wrote to Times editorial writer John Hill on July 3, providing his cell phone number and informing him that if he didn’t hear back before Monday, he would call Hill then.

He also provided a text message from Hill Thursday morning. Levinson texted Hill about Florida Politics’ inquiry about the questionnaire. Hill responded, “Yes Scott. I remember you calling me after submitting the questionnaire to clarify that.”

In another questionable move, Levinson, in a virtual candidate forum featuring local Republicans in August, said he had not registered to vote until 2015 or 2016. That’s also not true.

Levinson first registered to vote in the Bill Clinton era, but was removed from the voter rolls due to inactivity in 1995. He again registered as a Republican in 2018, but didn’t vote in that year’s Primary or General elections.

The first ballot he ever cast wasn’t until this year’s Aug. 18 primary election for which his name was on the ballot.

During the candidate forum, Levinson explained his voting record.

Levinson also used office space at Skyway Park in Tampa for the August forum. Levinson is president of the Tampa Bay Youth Football League and, as such, has access to the facilities. His use of the facility raised questions about whether or not it was a violation of 501(c)3 rules by using non-profit resources for political campaign purposes. Under Internal Revenue Service rules, non-profit organizations cannot participate in a political campaign.

Levinson told Florida Politics he was leaving work at the facility for a the planned forum, but didn’t have time to make it home for the forum. So, using his personal computer he participated from the facility not realizing it was a violation.

When confronted about the issue by a critic, Parks and Recreation Department Director Rick Valdez said he discussed the concern with Levinson and that Levinson “did not admit or deny the allegations.” Levinson was told not to conduct any further political activities at Skyway Park without proper approval.

Levinson said he heeded the warning and has not since conducted any campaign business from the public facility.

Levinson is running against former Tampa City Council member Harry Cohen for the District 1 seat on the Hillsborough County Commission. Cohen is a Democrat, Levinson a Republican.

Cohen is favored to win the race and would replace Commissioner Sandy Murman, a Republican, who is term limited out of office and instead running for the District 6 seat against fellow incumbent Pat Kemp.