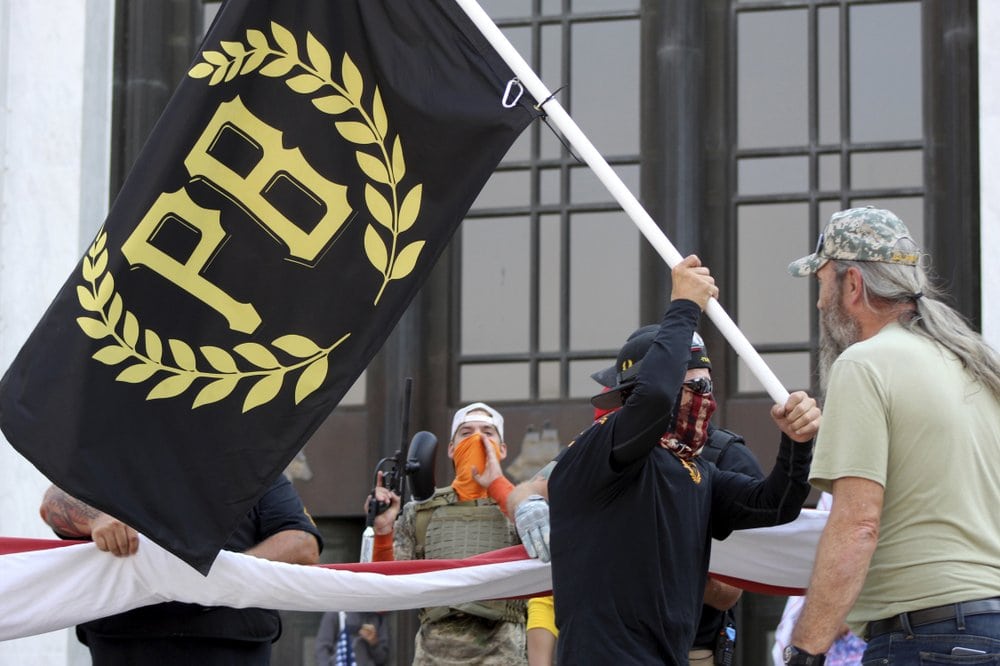 Messages claiming connection to the Proud Boys have reached voters across the purple state.

Emails threatening Democrats and claiming to come from the Proud Boys reached voters around the state of Florida. There’s growing evidence the messages targeted voters in battleground districts and areas critical to Joe Biden’s electoral ambitions.

Officials from the Florida Democratic Party received reports specifically from voters in House Districts 21, 26 and 29. Those are all places with legislative battles underway. But likely more important, those are in parts of North and Central Florida where Democratic turnout will be critical in the Presidential race.

Notably, Director of National Security John Ratcliffe on Wednesday suggested either Russia or Iran was likely behind the emails, not the Proud Boys. Intelligence shows the nations have secured copies of voter registration data. Notably, Florida’s voter rolls are a matter of public record.

Bennett Ragan, campaign manager for House candidate Kayser Enneking, said he received one of the messages. At first, he thought it was someone trying specifically to intimidate campaign staff. But then he heard reports from around a dozen supporters who received near identical messages.

“I don’t know if I could say it with any certainty but they are hitting areas that are competitive for the presidency or for state legislative races,” he said.

Enneking considered the move an attack on democracy.

“These emails are a flagrant attempt to suppress American’s freedom to vote,” she said. “These emails are just another example of the hatred and divisiveness this president has stoked. Any threat to any voter, regardless of party, should be quickly and strongly condemned by everyone who cares about protecting democracy and safeguarding our elections.”

The emails identified voters by name and read: “we are in possession of all your information You are currently registered as a Democrat and we know this because we have access into the entire voting infrastructure. You will vote for [Donald] Trump on Election Day or we will come after you. Change your party affiliation to Republican to let us know you received our message and will comply. We will know which candidate you voted for. I would take this seriously if I were you. [voter address] good luck.”

Notably, while the emails appear to come from an address using the domain officialproudboys.com, there’s no website assessable at that URL right now. Enrique Tarrio, chair of the Proud Boys and a Miami resident, has told multiple outlets he had no involvement with the emails. He told The Washington Post that Proud Boys has migrated away from the domain entirely after a webhost dropped the organization.

There’s also metadata in the emails suggesting the messages were directed through foreign servers overseas.

Ragan said he can’t say with much confidence if this is a Proud Boys play. But he said the fact the Proud Boys have been in the news, most notably from when President Donald Trump was asked in the first debate to condemn the group and white supremacists and instead said “Proud Boys stand back and stand by,” the use of the name could simply be employed for the sake of intimidating voters.

“We’re seeing this happen all across the state,” she said.

At Florida House Victory, which helps Democrats in battleground state legislative races, there have been reports from numerous battlegrounds.

That all points to a concentrated campaign to intimidate voters.

Ragan compared the timing and tone of the emails to racist attacks on Democrat Andrew Gillum in the 2018 Gubernatorial election.

Also notable to Ragan, a number of the emails contain voters’ addresses, but they seem to pull that information from the 2018 voter rolls, not ones that would be released this year. He’s sure of that because the address in his own is for a residence where he no longer resides.

While news broke of the emails on Tuesday, there appeared to be new emails continuing to go out. Florida Politics received reports of similar messages hitting voters in Fort Myers, where a Mayoral race is playing out at the same time as the Presidential election.

But the emails don’t seem to be focused exclusively on Florida, the largest swing state. Voters in at least four swing states have contacted the Associated Press, all reporting messages branded as Proud Boys emails and with the same “we will come after you” language.

But some conservatives have noted this may not be a one-sides campaign at all. The Hill on Wednesday reported letters making their way around New Hampshire targeting Republican voters with similar worded threats. If the messages truly are part of a foreign meddling plot, it’s possible the intent is to sow division rather than to assist Biden or Trump.