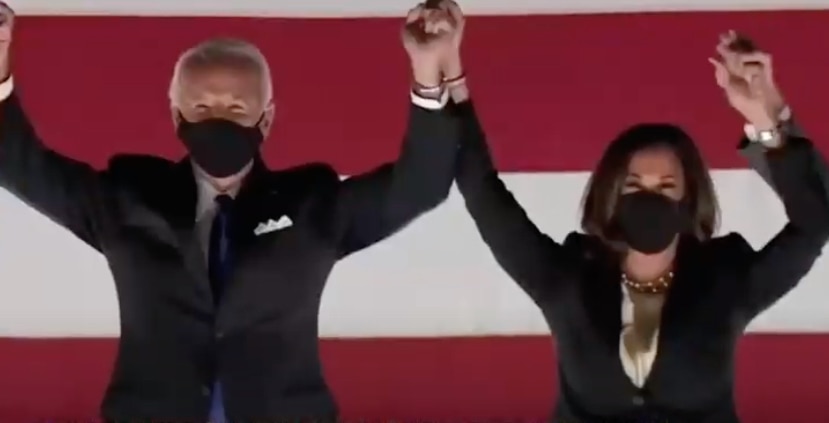 The 30-second commercial “Gimme A Break” sets a fast pace, touching on issues from President Donald Trump being accused of fostering chaos, to the need for focus on higher-paying jobs for Americans, to affordable health care as “a right,” to fighting systematic racism.

The add is produced by Priorities USA Action and BlackPAC, part of an ongoing $3.4 million TV advertising partnership in Florida specifically meant to reach Black voters in the state. It will run on cable and broadcast television in markets from Pensacola to Miami.

The ad buy is funded by Bloomberg’s $100 million investment in Florida.

“Even two weeks out from Election Day, Priorities’ focus is the same. We’re spending our money in places that solidify Joe Biden’s most likely path to victory. Florida remains an important part of that strategy,” Guy Cecil, chairman of Priorities USA, stated in a news release.

It starts, after footage of Trump’s infamous visit to St. John’s Episcopal Church in June and talk of chaos, with Trump declaring “It is what it is.”

“Gimme a break,” Biden replies. “If I have the honor of being your President, I’ll put your family first, creating millions and millions of good-paying jobs.”

Harris then takes her turn, saying, “nobody should have to work more than one job to be able to pay their rent.”

“Black voters understand that the stakes for our community in this election couldn’t be higher,” said BlackPAC Executive Director Adrianne Shropshire. “Economic and racial justice are on the ballot, a just immigration system is on the ballot, as well as a path to a coronavirus recovery.”