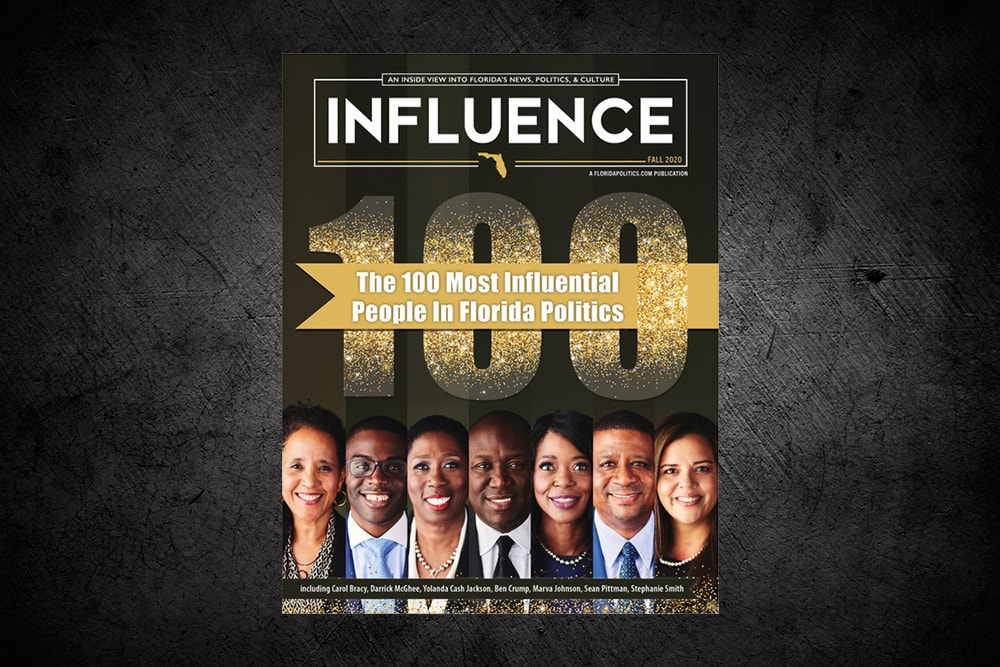 Beyond the INFLUENCE 100, this is a really, really important edition of the magazine.

That’s what one of the members of the INFLUENCE 100 told me after the first listing of the most influential people in Florida politics was published four years ago. This person’s point to me was that by creating a “Fortune 500 of Florida politics,” we had instantly made our fledgling magazine relevant.

I didn’t know if I believed that. Not until another member of the list — a prominent lobbyist — told me about executives of a major corporation who were considering changing their roster of contracted lobbyists.

The in-house lobbyist who managed the team pushed back against the executives’ meddling by taking out the INFLUENCE 100 edition of the magazine, showing it to the executives and asking them to show him the lobbyists the execs wanted to hire. On those pages were some of the members of his existing team.

(Click here to subscribe to INFLUENCE Magazine. You must be a subscriber to receive a print edition of the magazine.)

That, my friends, is influence. And that is what this magazine — and especially this edition (our 17th!) — is all about.

But influence is a commodity that’s hard to define. The old adage that “you’ll know it when you see it” doesn’t apply to influence because, in many ways, those who wield influence don’t often want to be seen at work.

There are no elected officials or agency heads on the list. That’s for two reasons: the first being that, of course, the Governor of Florida is the most influential person in the state. The second is that the power of most officeholders is with their position and (mostly) they don’t take it with them once they leave.

Instead, the INFLUENCE 100 includes all the other masters of the universe: The Players, The Thought Leaders, The Lobbyists, The Titans, The Counselors, The Media, The Industry Leaders, The Advocates, The Wonks, and The Legends.

The original inspiration for the INFLUENCE 100 was Time Magazine’s annual list of the most influential people in the world, which, rather than ranking them, also breaks down its list into sectors.

The INFLUENCE 100’s two favorite aspects for me — beyond the parlor games it inspires — are the superb photographs that accompany many of the profiles, and that those bios were written by the subjects’ peers, competitors, and admirers. After all, who knows the 100 better?

Since this is the third edition of the INFLUENCE 100, it’s almost as interesting to consider who is no longer on the list as well as who is making a repeat appearance. About 60% of the latest list is the same as in 2018 but, still, a lot of room opened up on the rankings, especially because it’s a presidential election year in the midst of a pandemic.

And, as it was with the first two editions, this is MY list. I’m responsible for the facepalming, out-of-left-field choices, as well as the glaring sins of omission. I’m the one who initially decided not to rank the list. I’m the one who moved so-and-so from the “100” section to the honorable mentions.

Beyond the INFLUENCE 100, this is a really, really important edition of the magazine. You’ll notice that we made a concerted effort to ‘take off our blinders’ and diversify who is featured throughout the magazine.

There’s just a slew of news and notes and insights and features about what we think is the most politically active and interesting state in the country.

Hopefully, with this third edition of the INFLUENCE 100, we’ve done more than guarantee another two years for our little publication.