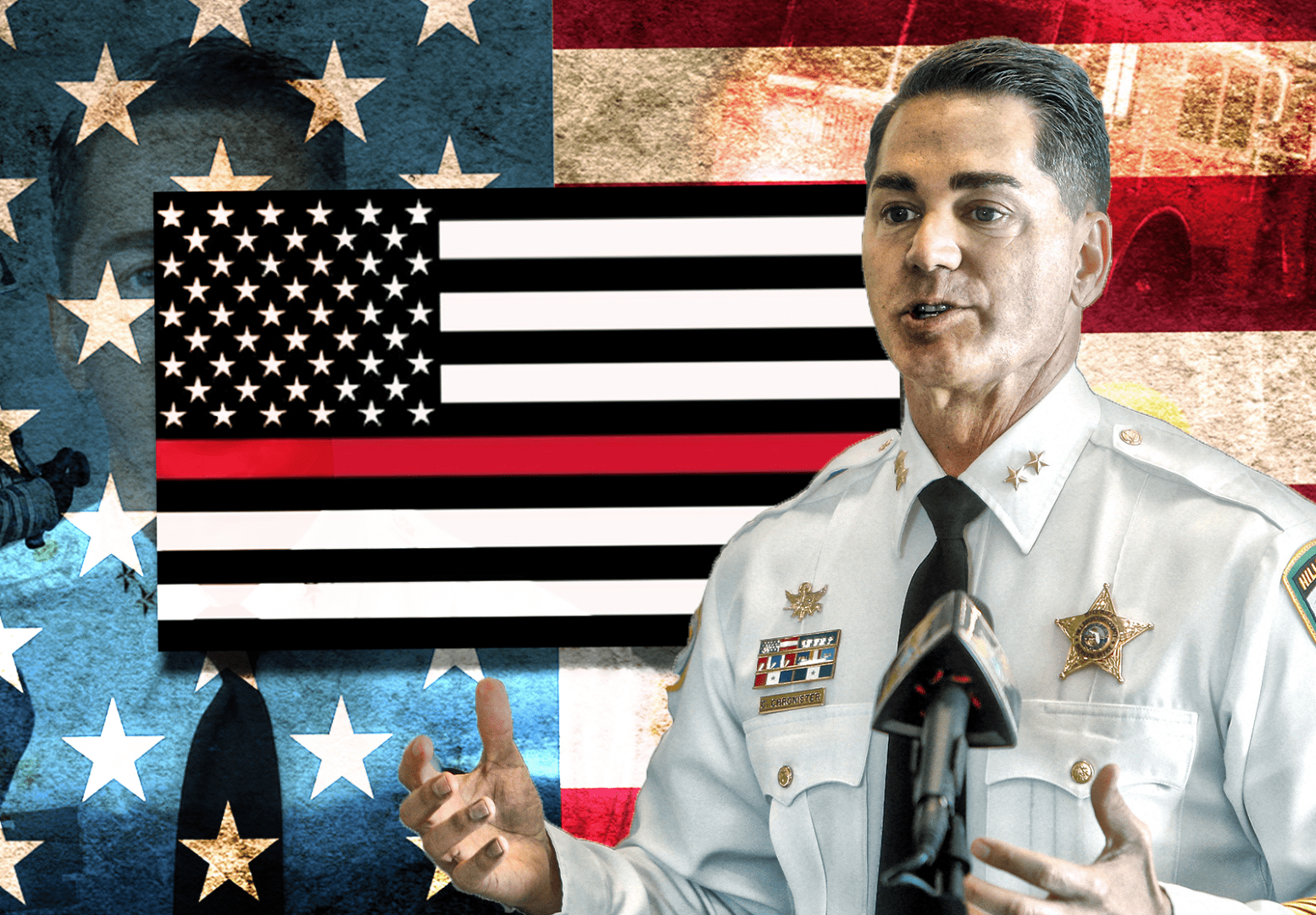 Chronister, a Republican, won with 55% of the vote while Democrat Gary Pruitt claimed 36% and independent Ron McMullen 9%, with 371 of 390 precincts reporting.

“We did it! Thanks to all of you Sheriff Chronsiter has been elected to another four year term as Sheriff of Hillsborough County. Thank You all,” Chronister’s campaign posted on Facebook Tuesday night.

Chronister had already easily survived a Primary Election that saw partisan barbs thrown his way in attempt to paint him as a RINO — Republican In Name Only. Chronister emerged in the race against Charles Boswell with an overwhelming 67% of the vote.

Heading into the General Election, the campaign smears were far less prevalent.

Neither Pruitt, who Chronister beat four years ago with 55% of the vote, nor McMullen mounted much of a campaign.

As of Oct. 16, Chronister had raised more than $522,000 in his campaign alone. His affiliated political committee, Friends of Chad Chronister, raked in another more than $1 million. Between the two, more than $1.2 million poured into the market to defend Chronister’s seat.

Ahead of the Primary Election, Pruitt somewhat aligned himself with Boswell, often sharing Boswell’s grievances with Chronister on his own social media channels.

Boswell, a former Hillsborough County Sheriffs detective, attempted to paint Chronister as a corrupt cop and a faux conservative, with supporters often attacking Chronister for his past support of Democrats, including a $15,000 contribution to former President Barack Obama in 2012.

Boswell served 25 years with HCSO, but he was forced out of his position after disciplinary action dating back to 2014 triggered a demotion, reduction in pay, suspensions and, ultimately, his job.

Several allegations against him were sustained, including noncompliance with a direct order of a superior, conduct unbecoming an officer and discourtesy.

Boswell claimed his demotion and disciplinary action were retaliation for refusing to remain complacent in a coerced confession on a murder investigation he worked.

He named Chronister in a lawsuit over the allegations.

The allegations didn’t gain traction in the Primary Election and they went even more quiet after Chronister dispatched his GOP opponent in August.

McMullen was similarly quiet, dropping less than $20,000 on advertising and outreach since the General Election campaign push began.

Chronister ran his campaign void of partisanship and focused on his track record.

He expected attacks, and there were some, but Chronister vowed only to respond when necessary.

That improvement was driven by Chronister’s addition of a new district and new deputy hires that put more resources into communities where deputies were having trouble getting to calls in a timely manner.

Overall, his record is robust, even with only three years under his belt.

Chronister has led a series of reforms within the agency including diversion programs, enhanced mental health response, more community policing and engagement and increased transparency.

Chronister also launched a heroine task force as part of the department’s response to the opioid epidemic. The group works with homicide detectives and looks into whether or not a dealer, provided it can be proven they provided the drug, can be charged in relation to an overdose death.

Chronister also mandated 40 additional hours of officer mental health training, including on PTSD and drug-induced mental health issues, so officers can better differentiate between a combative suspect and one who is experiencing a mental health crisis.

He also implemented a collaboration between deputies and social workers to connect offenders with services to help get them on their feet, clean and sober, and away from crime.