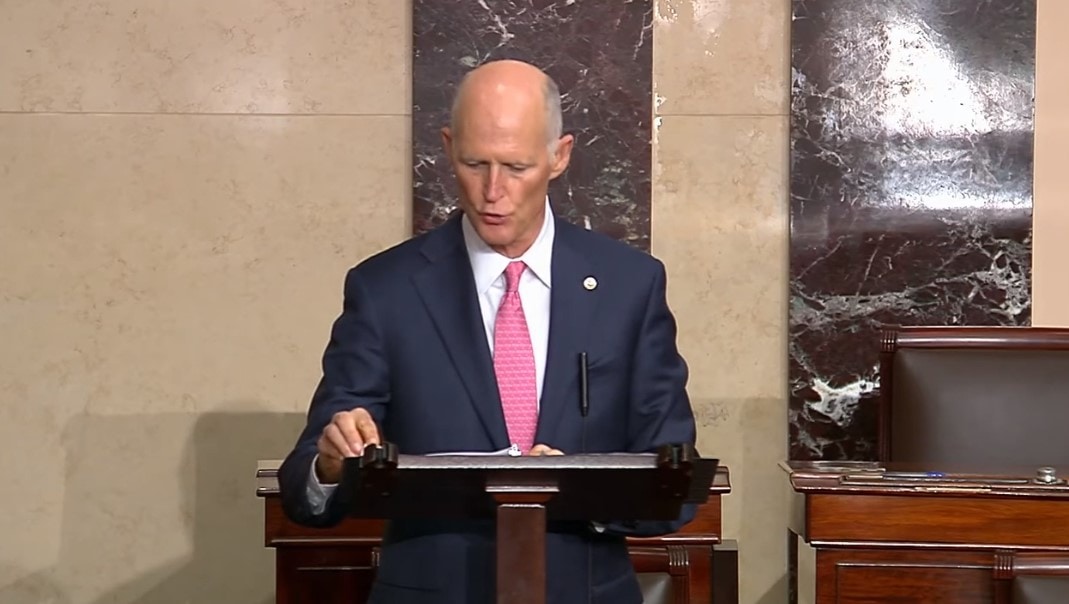 'It's becoming obvious that your companies are unfairly targeting conservatives.'

U.S. Senator Rick Scott has castigated in absentia the CEOs of tech giants, and on Wednesday he offered critiques in person.

Twitter CEO Jack Dorsey, Google CEO Sundar Pichai, and Facebook CEO Mark Zuckerberg, perceived by Republicans as gaming the 2020 Election with content dissemination decisions, took fire from Republicans, with Scott among the last speakers in a nearly four-hour hearing of the Senate Committee on Commerce, Science, and Transportation.

“It’s becoming obvious that your companies are unfairly targeting conservatives,” Scott said, by removing ads from conservative groups because they don’t survive “fact checks” dependent on “liberal media groups” such as Politifact.

For Scott, like other Republicans, complaints about de-platforming conservatives came to a head when Facebook and Twitter suppressed distribution of a New York Post article where a former business associate of the Joe Biden family accused the Bidens of cutting backchannel deals with a business linked to the Chinese Communist Party.

The Senator noted the suspension of the New York Post Twitter account, before contrasting that discourse-chilling, with the medium allowing various inflammatory statements, such as Ayatollah Khameini calling for the “elimination of the Zionist regime” and a post from a Chinese government account claiming that there are no internment camps.

Scott asked Jack Dorsey why Trump and McConnell got flagged but “dictators” did not.

“We look at the tweets, we review them, and we see if they violate our policy,” Dorsey said. “We do have a global leader policy. We think it’s important that people see what those leaders are saying.”

However, some tweets are “labeled,” Dorsey noted, though he didn’t drill down with specific examples of tweets from anti-American outlets being flagged.

“You block Mitch McConnell and Trump’s tweets … here’s what I don’t get, you guys set up policies you don’t enforce consistently and [there’s] no recourse for the user,” Scott said.

Dorsey noted that algorithms help the companies to make decisions. And with that Scott’s seven minutes were up.

In an interview Wednesday afternoon, Scott called the hearing a “wake up call.”

“My goal is they’ve got to start being consistent. You cannot treat American conservatives different than the Ayatollah in Iran, Maduro, and the Chinese Communist Party.”

Today during the @SenateCommerce hearing I asked @Jack why he feels Twitter should censor conservatives like @realDonaldTrump & @senatemajldr but not dictators like Iran’s Supreme Leader Ayatollah calling for the “elimination” of the Zionist regime: https://t.co/Fdfya9HiWc