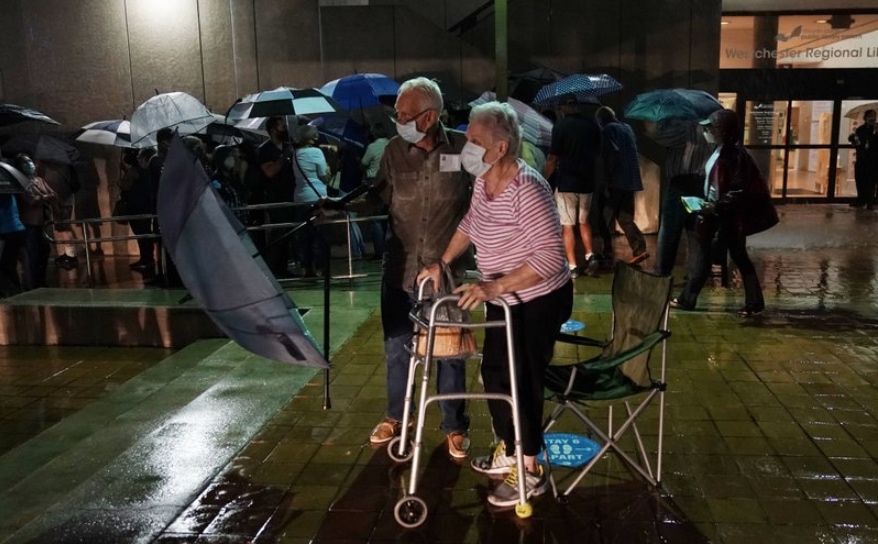 The ads highlight how to vote, where to get questions answered and voters' legal rights.

Priorities USA Action and Senate Majority PAC are releasing new digital ads to give voters tools and knowledge on how to vote and a person’s rights when voting, a final informational campaign as the country enters the last weekend before Election Day.

The two Democratic political action committees are releasing three ads highlighting information about getting to the polls or returning ballots, answers to voting-related questions and the legal right to stay in line to vote even after the polls close.

“Now is not the time for Democrats to rest on our laurels — now is the time to kick voter mobilization into high gear,” said Senate Majority PAC President J.B. Poersch. “We’re excited by the record-breaking turnout but we’re not taking anything for granted.”

But the two political committees say Republicans have enacted policies at the state and national level increasing the difficulty to vote, especially for voters of color. Informing those voters of their rights could counter those barriers.

“It is shameful that the Republicans in state houses and our nation’s capital have made suppressing the vote a top priority on their agenda,” Priorities USA Chairman Guy Cecil said. “We won’t let these efforts go unchecked and we will continue to invest millions of dollars to make sure that voters have the resources they need to cast their ballot.”

More than 80 million Americans, including 7.8 million Floridians, have already cast their ballots by mail or through early in-person voting. Democrats currently lead Republicans in ballots cast so far by 163,683.

Former Vice President Joe Biden still leads President Donald Trump in recent polls, but election handicappers have given the President increasing odds this week to claim Florida’s 29 electoral votes. The state is considered a must-win for Trump to earn a second term.

“Even with record-level turnout in so many states, we have more work to do to ensure that we defeat Donald Trump, flip the Senate, and elect Joe Biden,” Cecil said. “Priorities is laser focused on turning out voters for Joe Biden and Kamala Harris in key battleground states and ensuring that their voices are actually heard in our election.”

NEW AD with @MajorityPAC: if you’re in line to vote when the polls close, you can still cast your ballot. If we all vote, we will win. pic.twitter.com/EqazcRbQAu

nextNikki Fried, Debbie Mucarsel-Powell to help get out the vote in south Miami-Dade