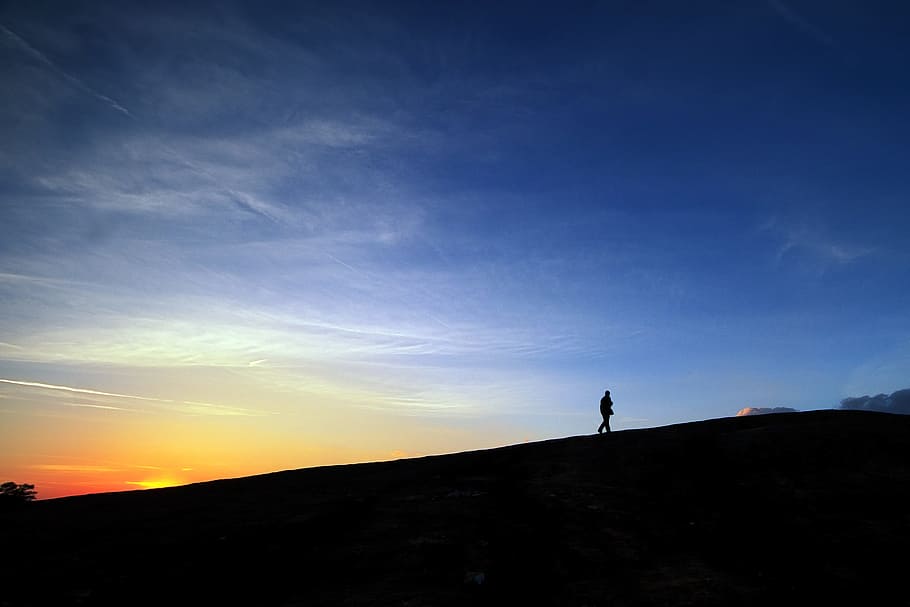 Phil Ehr, Christine Quinn and Allen Ellison all see a path to victory.

Jesse Ventura wins the Governor’s Mansion in Minnesota. Doug Jones pulls off a Senate win in Alabama. And yes, Donald Trump defies the polls to reach the White House.

Some campaigns launch fueled by little besides candidates’ own belief in themselves, but that can be all it takes. It’s hard to run for Congress whether there’s a chance of winning or not, and there are usually fewer people cheering on candidates out of the gate if the path to victory looks challenging.

Yet in the right political climate, against the right candidate, with the perfect level of underestimation and usually assisted by personal audacity and spunk, anything can happen on Election Night. And when anything does happen, it tends to make stars.

Will it happen in Florida this Tuesday? Phil Ehr on Tuesday will challenge a Republican star so bright he got an HBO special. Christine Quinn aims to topple a seven-term Congresswoman with a sterling Tampa Bay surname. Allen Ellison wants to push a gun rights champion out of a Florida Heartland seat. All have tried, unsuccessfully, before. All face well-known opponents in unfriendly territory. All run uphill.

Could any of these three candidates soon peg a House pin to their own lapel? It’s unlikely, but then that’s the point. Washington hosts plenty of Mike Lees and AOCs who defied conventional wisdom. Will Florida send any more to the top of the Hill on Tuesday evening?

Ehr spent 30 years registered as a Republican, but like so many enamored with the Ronald Reagan brand, he grew weary as the party moved in a populist direction. The Panhandle resident felt a double blow in 2016 with the election of Trump as President and Matt Gaetz as his Congressman. Gaetz, a 30-something from a Florida dynasty, arrived with a cable-ready coif and quickly made his way into broadcaster Rolodexes.

Over two terms in the House, Gaetz aligned himself with high-profile trouble-makers like Freedom Caucus founder Jim Jordan and provided explosive news clips during such high-stakes moments as the impeachment hearings. He even became one of the main subjects of the HBO documentary The Swamp. And he has engaged in a celebrity Twitter feud with “Two and a Half Men” star Jon Cryer.

For Ehr, it all proved remarkably embarrassing. He would rather have a Congressman who speaks with voters through town halls at Pensacola auditoriums than guest spots on Hannity.

“He’s not focused on us,” Ehr said. “He’s focused on someone else’s problems.”

Ehr switched his party registration to Democrat, disgusted by the GOP deviation led by Trump and Gaetz. And he believes there’s a good chance he can flip part of the Panhandle blue this Tuesday.

The math looks challenging. Florida’s 1st Congressional District is home to 314,234 registered Republicans and just 146,917 Democrats, according to Florida’s general election book closing. But Ehr’s internals show him winning 91% of Democrats, and he also thinks he can take 60% of the 122,194 no-party voters in the district.

Most promising in his private numbers, Ehr said, more than a quarter of Republicans said they would rather not vote Gaetz to win another term. The Democrat has a suggestion. As a retired Navy commander running in a district dominated by active duty and retired service members, Ehr believes he has the winning biography soft Republicans can get behind.

“We just need to assure them it’s okay and they should vote for a career Navy veteran,” he said.

Unlike most long shot candidates challenging incumbents, at least Ehr boasts some finances. Thanks largely to Gaetz’s profile, he has seen $1.6 million worth of contributions pour in from around the country, while center-left groups like VoteVets championed his candidacy independently and through cash support.

That’s far less, of course, than Gaetz, who reaped more than $4.5 million in donations even while swearing off PAC money.

Gaetz hasn’t completely ignored Ehr this cycle. In recent weeks he sent some of his Twitter fire in Ehr’s direction. As Ehr demanded a debate with Gaetz, the incumbent dismissed the request. “If you feel ignored by me, wait till you see what the voters think of you,” Gaetz wrote.

Never mind that. Ehr believes he can defy the odds Tuesday, and knows plenty of other Gaetz haters will be rooting for him.

Christine Quinn doesn’t see many people working in Washington whose resume looks much like her own. As she puts 80 to 90 hours a week into a long-odds congressional campaign, she’s pretty sure she knows the reason.

Even running in Florida’s 14th Congressional District, a geographically compact metropolitan jurisdiction, it takes a lot of time to reach out to voters and tremendous resources to compete in an expensive media market. But this results in Congress being filled by people with little understanding of everyday life.

“Most of them are lawyers who never signed the front of a paycheck in their lives,” she said. “The majority have no clue. They don’t understand the working man.”

The Founding Fathers, Quinn said, never imagined Congress as a career path. It should be the type of public service where professionals take brief sabbaticals to represent their community’s needs in the Capitol.

A food manufacturing executive, the My Family Seasonings founder fled the West Coast because of a regulatory environment and ended up in Florida. As the coronavirus pandemic disrupts food supply lines and manufacturing in general, she’s frustrated few in Washington even know about the challenges of warehousing inventory.

The Republican candidate feels little warmth for her own Congresswoman, Rep. Kathy Castor.

“She’s pushing pencils and votes extremely left,” Quinn says. “Don’t listen to what she says. Look at what she does. But I say the same thing with Trump. Don’t listen to Trump’s Twitter BS, look at what good he’s done for the country. He’s been the greatest President for the prosperity of America.”

She wants to bring the same pro-business approach to Congress.

She has tried to unseat Castor before. The Tampa Bay Republican challenged the incumbent in 2016 and earned just 38% of the vote even as Trump won the state. And no doubt, she’s up against difficult math again. The Division of Elections reports 212,669 Democrats registered in the district compared to 140,993 Republicans. There are almost as many no-party-affiliation voters, 138,659, than card-carrying members of the GOP.

There are financial challenges, as well. Castor raised $836,414 for her reelection campaign this cycle, and that was after closing the last cycle with $740,404 cash in the bank. She dropped more than $1 million on her reelection by mid-March and still had more than $568,572 cash on hand. Quinn, meanwhile raised $147,970 this cycle. She has gone on air with TV and tried to use resources wisely but entered the final stretch of the race with $21,673 available.

There hasn’t been much help from Washington, something Quinn credits to being an atypical politician.

“I’m not a politician, and I don’t think about how something might look badly,” she said. “They want me to phrase it so I don’t offend somebody.”

But Quinn hopes reality overcomes expectations. Standing with Trump, she would like to see a lot of surprises on Tuesday.

“I’m one of the only candidates standing with our President,” she said. “We should be united with that.”

Allen Ellison, founder of the Center for Economic & Policy Development, also is running his second campaign for Congress, but his name will appear on the ballot Tuesday for the first time. The Avon Park native stepped into a political role two years ago as a replacement candidate for April Freeman, who died weeks after winning the Democratic nomination in Florida’s 17th Congressional District.

Freeman’s name appeared on the ballot in 2018, but votes were awarded to Ellison. It hardly mattered as Sarasota Republican Greg Steube won the open seat with more than 62% of the vote. Now Ellison runs again, with his own name on the ballot.

“This feels different,” Ellison said. “People from all walks of life have given to our campaign. From a former Republican governor to newly registered Democrats.”

He credits some of this to Steube, who like Gaetz has become a frequent Fox News guest. Ellison thinks local voters deserve a Representative more focused on local issues than national popularity with the far-right.

“Voters are becoming aware that Congressman Greg Steube has done absolutely nothing for them,” Ellison said. “He has voted against Hurricane Aid Relief, The Cares Act, the Heroes Act, proposed the dismantling of the EPA and his voting record has defunded the police by not allowing them to purchase rape kits for women that have suffered sexual violence.”

“People are dying of COVID, struggling more and are unemployed at an alarming rate and I believe that it’s a driving force for so many people to take a serious look at the kind of leaders that they want and deserve in office.”

He recently picked up the endorsement of the Charlotte Sun, largely because Steube wouldn’t return the editorial board’s calls. He has also enjoyed support from groups like No Dem Left Behind, a group backing Democrats running in rural districts. But then even the name of that organization implies a love of lost causes.

Steube’s constituency includes 247,837 registered Republicans and just 154,383 Democrats, along with 137,950 with no party, as of the registration deadline for the November election. The incumbent raised $712,328 as he seeks a second term, while Ellison pulled in just $70,405, less than 10% of the Republican’s total receipts.

“Federal leadership should do more to help candidates in red rural districts,” Ellison said. We can win and we should get help from our party. We based our win strategy on the idea that my message could reach voters across the aisle and our team has been working day and night to do just that.”

It’s a familiar story looking at the races that so rarely get a second glance. Running uphill takes effort and the path to the finish line often can’t be seen until getting over the highest peaks.

If there’s a positive, in those races where a surprise win won’t become clear until the runner comes over that final hill, it generates the loudest applause, The unseating of incumbents brings titles like “dragon slayer” and “giant killer”. Congressional caucuses welcome winners of upsets with revelry. Cable networks discard the contact numbers quickly for unseated officials and turn their lens toward the newsmakers as fast as cameras can pivot.

The finish line may still be hard to see for these underdogs. But it’s close nonetheless. If incumbents win in CD 1, 14 and 17, it may not even generate a headline. But there’s a chance, however slim, these challengers will soon become front-page news and secure their own paragraph in the annals of history.

previousProgress for Florida founder believes 'Florida is blue.' Can she prove it?

nextJudge orders USPS to identify and deliver delayed ballots, including at Miami-Dade facility