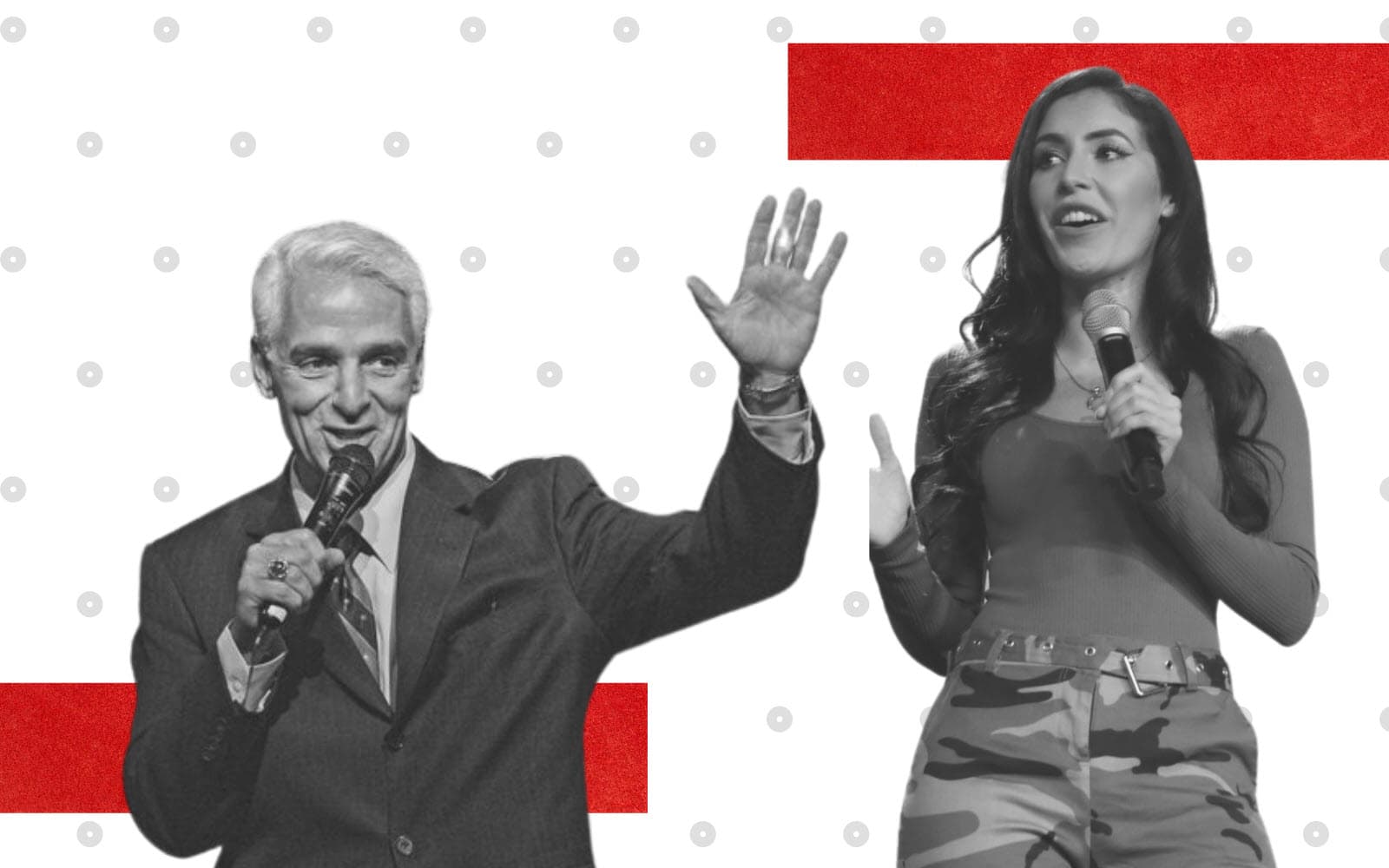 The reelection bid of a well-liked, well-funded congressional incumbent is supposed to be a mundane affair. There are press conferences, endorsements from like-minded officials and (oh yeah, we almost forgot) a challenger hailing from the duller side of “meh.”

That’s what everyone thought Democratic U.S. Rep Charlie Crist’s run for a third term would be.

“I’m not sure if she was posing for campaign pictures or the cover of Guns & Ammo magazine,” said Democratic political consultant Bryan Farris.

For a brief few years, Florida’s 13th Congressional District was something rare: a true swing district. Longtime U.S. Rep. C.W. Bill Young, a moderate Republican, held the seat for decades until he died in 2013. His former aide, David Jolly then won the seat, but lost it to Crist in 2016 after state lawmakers redrew the district to include more Democrats in the wake of a gerrymandering lawsuit.

A charismatic former Governor and St. Petersburg native, Crist made his own national headlines in 2010 when he was a Republican Governor seeking an open U.S. Senate seat. Knowing his candidacy would likely not survive a primary challenge from right-wing tea party darling Marco Rubio, Crist left the party and ran for the seat, unsuccessfully, as an independent. He then challenged Rick Scott, another right-wing Republican, for Governor in 2014, as a Democrat, and lost. He won his seat in 2016 and is seeking a third term.

Crist has long been vocally pro-environment and favors of middle-of-the-road policing reform and a second coronavirus relief package.

Luna grew up in Southern California and joined the military in 2009.

She worked for far-right media site Prager U, and tops her platform with enhancing veterans’ services – on her campaign website, anyway.

If one were to know her from her more eye-catching campaign materials, they’d see the Second Amendment is front-of mind.

She’s often photographed with a semiautomatic weapon in hand in images tailor-made for Instgram. Even the hero image on her campaign homepage features a gun strapped around her shoulders.

One could argue Luna is a product of the politics that drove people like Crist away from the Republican Party.

A recent ad from the fiercely pro-gun 2nd-to-None PAC features her toting a gun decked out with the Stars and Stripes, then a flamethrower.

It might resonate with pro-gun conservatives, but Democrats see the ads as laughable.

“I think she needs to fire her consultants,” Farris said. “She looks like a nut bag, quite frankly.”

The flashy public image of a young, gun-toting Latina who refuses to compromise on her beloved Second Amendment has landed her support from the likes of MAGA Panhandle Congressman Matt Gaetz, Turning Points USA’s Charlie Kirk and even President Donald Trump. Support from such figures has led to money pouring in from across the country. Over a two-month period in late summer, she outraised Crist by more than three to one. The cash influx has since slowed down; her lead in the reporting period that followed was just $20,000.

The big question: In a crazy year like this, will even-keeled District 13 take a chance on her in the General Election?

It’s not just Democrats that doubt the flashy antics or influx of outside support will work.

“I would be shocked if Charlie Crist does not comfortably retain his seat,” said Republican political consultant Anthony Pedicini. “It’s a Democrat-leaning seat and Crist has been around so long he transcends normal political winds.”

nextCan Alan Cohn be the Democrat to flip CD 15? He'll have to get through Scott Franklin