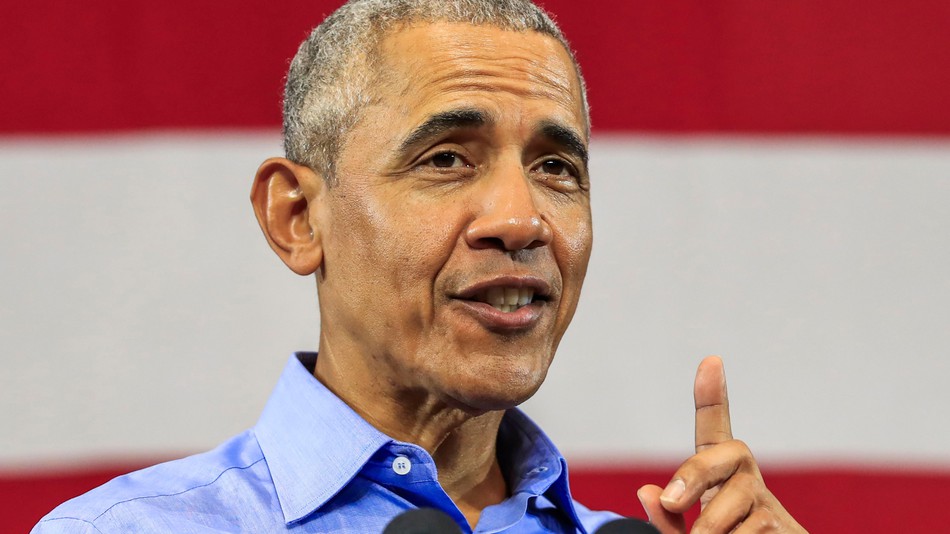 The former President stumped for Joe Biden in Miami Monday.

Former President Barack Obama is criticizing President Donald Trump for casting doubt on the results of Tuesday’s upcoming election, likening him to strongmen elsewhere in the world.

Addressing a Monday evening drive-in rally in Miami on Democratic presidential nominee Joe Biden’s behalf, Obama said his successor has suggested he may “declare victory before all the votes are counted tomorrow.”

“That’s something a two-bit dictator does,” Obama said. “If you believe in democracy, you want every vote counted.”

Obama said if a Democrat was acting like Trump, “I couldn’t support him.”

Per campaign numbers, 246 cars showed up to the drive in rally in Miami Monday. The were 466 people total at the event as Obama stumped for Biden and vice presidential nominee Kamala Harris.

Biden served as Vice President for eight years under Obama.

Obama stressed the need to have a high turnout Tuesday, as data has shown a higher share of Miami-Dade County Republicans have voted than their Democratic counterparts.

“We need to get out and vote, South Florida,” Obama said. “We have a chance to change the direction of this country on every issue that matters to us. The power is in our vote.”

The former President said that, unlike Trump, “With Joe and Kamala you’re not going to have to think about them every single day.”

“You’re not going to have to argue about some crazy tweet that the President sent out this morning,” Obama said. “It won’t be so exhausting. You’ll be able to about your lives know that the President’s doing his job instead of suggesting we inject bleach.”

The former President said Florida — and South Florida specifically — could decide the election early if enough voters turn out to deliver the state to Biden.

“Tomorrow right here in South Florida you can deliver the change that we need. But it’s going to take every single one of us,” Obama argued.

next6 questions going into the Presidential election