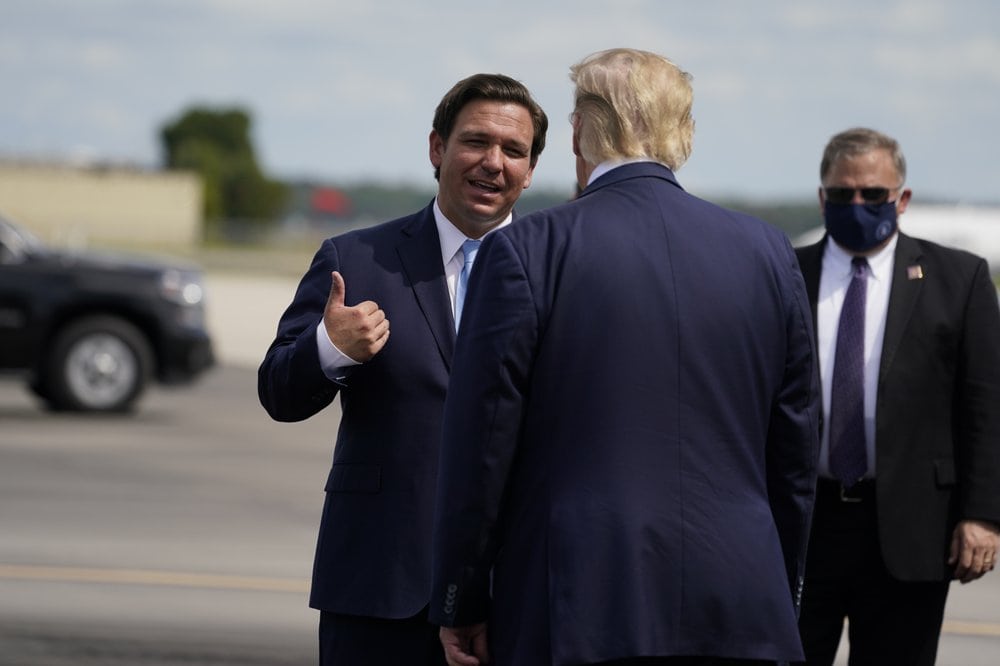 Twenty years after the landmark court battle that decided the 2000 election, America's eyes aren't on Florida for once.

Twenty years after the 2000 presidential race hinged on Florida’s mismanaged election, Gov. Ron DeSantis thinks the state is on a redemption arc to clean and model elections.

“Perhaps 2020 was the year we finally vanquished the ghost of Bush versus Gore,” DeSantis told reporters about 12 hours after networks called the state for President Donald Trump.

All eyes are on Florida again, not because of election chaos, but because of the smooth and transparent machinery in the state’s electoral process, the Governor argued. Elections in the Sunshine State now inspires confidence among its residents, he added.

“If the third most populous state in the country can count 11 million votes, produce a result across the board, why can’t some of these other states that are much smaller?” DeSantis asked.

But battleground Florida wasn’t the decisive state this year as it was for former President George Bush, going for Trump by a 3.4-point margin, a blowout by Florida standards. Wisconsin, Michigan, Pennsylvania, North Carolina and Georgia are all toss ups to some degree, with major news stations not calling those states for Trump or former Vice President Joe Biden.

And unlike other states, Florida begins processing ballots immediately. Local supervisors of elections allow the public to follow number of votes by party affiliation, be it mail vote, early vote and Election Day vote.

Unlike in 2000, when Florida wasn’t decided for more than a month, networks made the final call in the state within six hours of the first polls closing. But that call wasn’t soon enough, the Governor argued.

Aggressive networks could have called the state immediately when the early vote from Miami-Dade County dropped, he contended. Based on that alone, he said there was no way Trump would lose the state and that “there was some real resistance to just recognize reality.”

DeSantis also took a shot at Fox News, the network which arguably helped him win the governorship two years prior. That outlet “inexplicably” called Arizona for Biden when 70% of precincts were reported.

“I don’t think that that was done without some type of motive, whether it’s ratings or it’s something else,” DeSantis said, adding that networks should call North Carolina for Trump.

Overall, he called it a historic night for the President.

“He won a really significant victory in the state of Florida,” DeSantis said. “I think his barnstorming, the extent to which campaigning matters, generally, I don’t know. I think in this case, doing these big events, the electricity it generated. When we were in Miami-Dade on the eve of the election, it was really an incredible thing to do.”

Buoyed in part by Democrats’ shrinking margin in the county, Republicans ran the board at the top of the ticket and across contested down ballot races, even in South Florida.

“The fact that he has really helped us with a lot of Florida issues I think helped him,” DeSantis said. “Wherever we needed hurricane relief, helping our military bases, our space infrastructure and space industries, everglades funding, you name it, the President’s been there.”

Election handicappers had Trump as an underdog in the state. FiveThirtyEight gave the President less of a chance of winning it than they did in 2016, but he won it by an even greater margin during his reelection bid.

“This kind of political prognosticating, (the) polling industry has not gotten elections right since 2012,” DeSantis said.

They correctly called President Barack Obama‘s win, he added, but they missed 2014, 2016 and made major errors in 2018. This year, they couldn’t have been any worse in his mind.

“If you’re that bad at your job, maybe some of these prognosticators should find another line of work, because I can’t think of another line of work where you could be wrong so many times and still be there to be able to offer analysis going forward.”

Democratic groups poured hundreds of millions of dollars into the Sunshine State, hoping to force the President to play defense in what was a must-win catch for him. Groups hoped to narrow Republicans’ lead in the Legislature, perhaps even taking the Senate.

Republicans made five pickups in the the House and will possibly gain one in the Senate.

“These people had an opportunity to run on two years of really successful and productive legislative work,” DeSantis said.