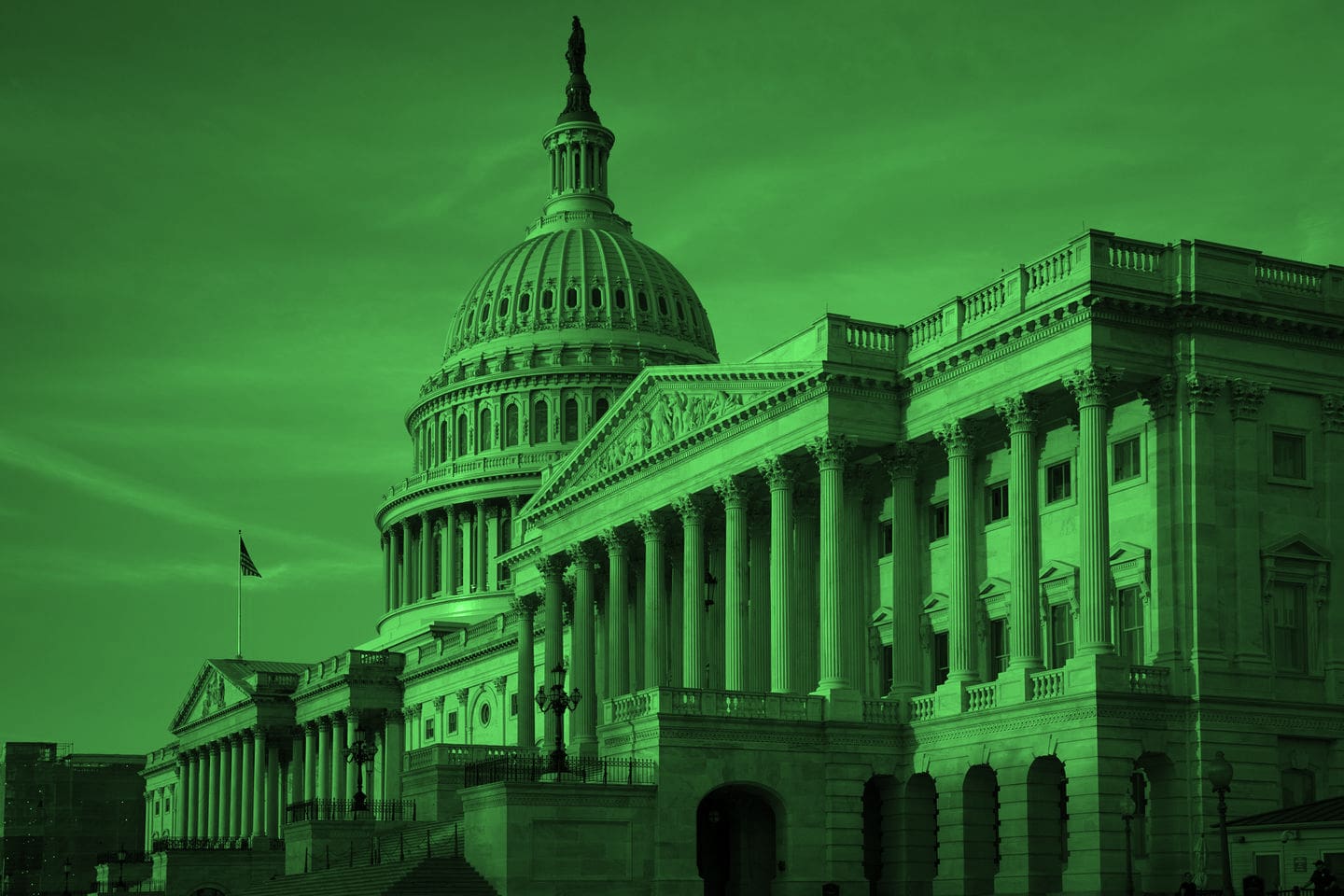 Election 2020 is over (almost); all that is left is cleanup.

Going into Tuesday, Republicans were openly mocking polls showing Joe Biden with an average national lead of seven points over President Donald Trump and state polls that showed him trailing in battleground states, including Florida.

The size and enthusiasm of Trump’s 14 rallies in battleground states during the closing days, including a raucous midnight gathering in Opa-locka, had Democrats worried. While Florida Democrats had sufficient cause to worry, late-night developments now point to President-elect Biden.

With the rest of the state performing similarly to 2016, Democratic fears of an underperforming Miami-Dade County were justified as it led to a 3.5% Trump victory overall. It also cost two South Florida Democrats their House seats (see “South Florida flips” below).

The national race is strikingly similar to 2016. Trump lost the popular vote that year by 2.1%, and by Wednesday morning in 2020, he trailed by 2%. In the end, close losses in Rust Belt states he won two years ago appear to be denying him a second term.

As Republicans feared, mail-in ballots were changing some Trump leads into apparent losses, including in states like Michigan and Wisconsin. The President was profoundly unhappy with that turn of events.

“Last night I was leading, often solidly, in many key States, in almost all instances Democrat-run & controlled,” Trump said in a tweet flagged by Twitter. “Then, one by one, they started to magically disappear as surprise ballot dumps were counted. VERY STRANGE, and the ‘pollsters’ got it completely & historically wrong!”

While Trump’s apparent defeat is a disappointment to Republicans, they will apparently hold on to control of the Senate. With losses by Arizona Sen. Martha McSally, Colorado Sen. Cory Gardner, and Senate candidate John James poised to fall behind in Michigan, Republicans had the slimmest of majorities at 51-49.

They were then counting on Sen. David Perdue to hold on in Georgia, who has been fighting off an extremely well-funded challenge from Jon Ossoff. Final ballot counting from the Atlanta area was underway Wednesday morning. Should Perdue and James lose, the Senate would stand at 50-50 with a Vice President Kamala Harris breaking any ties and allowing Democrats to choose committee chairs.

That would mean Sen. Marco Rubio would give up his gavels on the Small Business Committee and the Intelligence Committee. A victory by either would keep the status quo.

Will a new President and newer faces make Washington a more friendly place? Don’t bet on it. 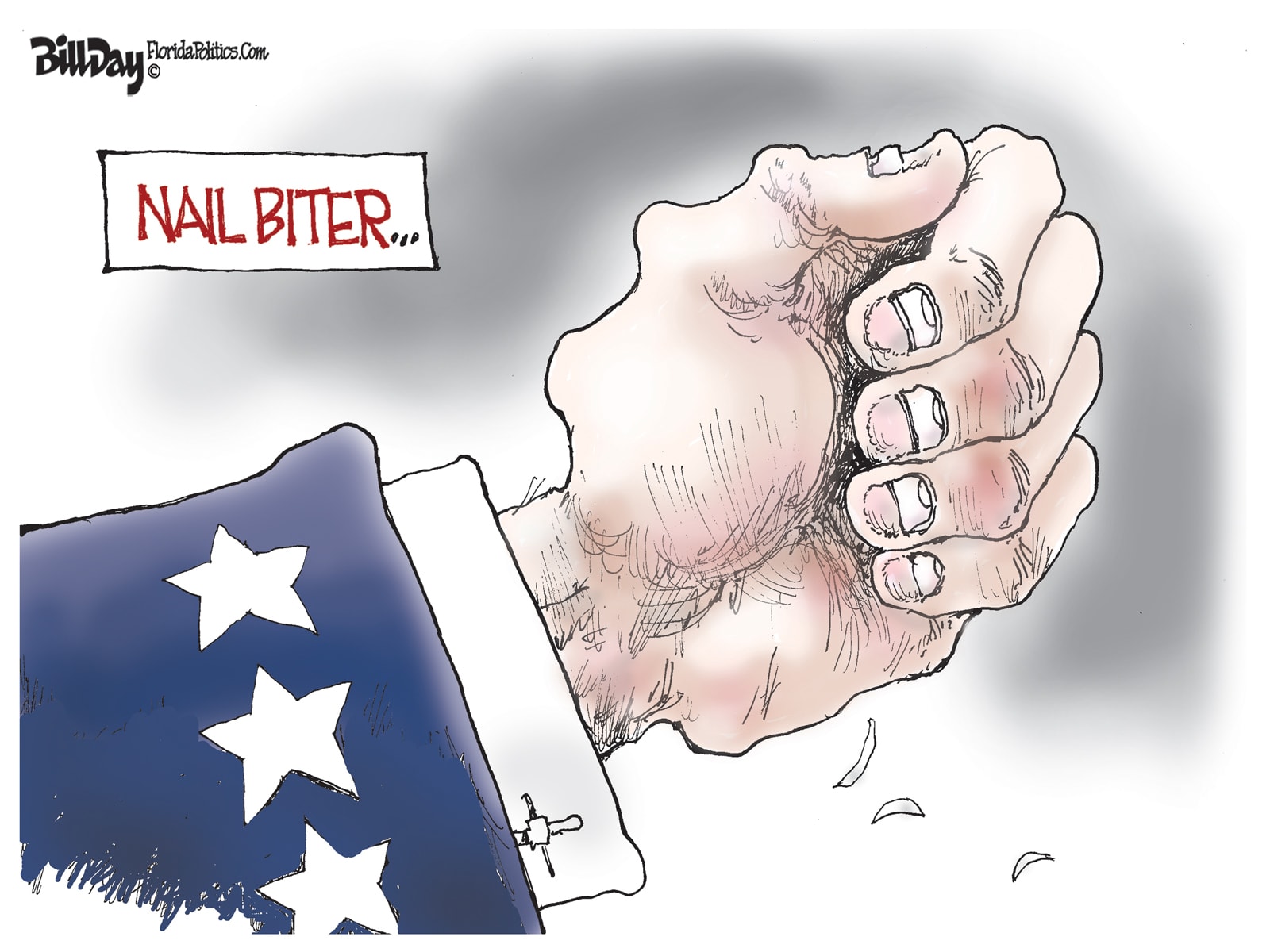 The ordered sale of the social media app Tik Tok has faded from the headlines since the Trump administration ordered the China-owned entities to be sold to continue operating in the U.S. An arrangement was worked out, but China nixed the deal in September.

In the closing days of the 116th Congress, Rubio has introduced legislation that would set up data protection and standards from “high-risk foreign software. Rubio said the Adversarial Platform Prevention (APP) Act had Tik Tok and WeChat, another China-owned app, in mind.

“High-risk foreign apps and software, like Chinese-owned TikTok and WeChat, pose a threat to personal privacy and U.S. national security,” Rubio said. “It is clear that we must establish a framework of standards that must be met before a high-risk, foreign-based app is allowed to operate on American telecommunications networks and devices.

“The APP Act does just that, and I hope my colleagues will join me in adopting a more expansive approach to protecting Americans’ user data and our security,” he added.

The APP Act would define high-risk foreign software as any software owned by an entity organized under the laws of, headquartered in, or whose principal operations are in China, Russia, Venezuela, Cuba, or a country designated as a state sponsor of terrorism, or any software that stores U.S. consumer data in one of those nations.

Social media giants and Google were undoubtedly hoping for a Biden win on Election Day. Angered Republicans have complained that Twitter and Facebook routinely silence or censor conservatives, highlighted by Twitter’s decision to block the New York Post from tweeting their own stories concerning Hunter Biden.

GOP Senators, including Sen. Rick Scott, are looking to remove legal protections for “Big Tech,” which are found in Section 230 of the Communication Decency Act, to alter or remove tweets and posts from their platforms proactively.

With Republicans apparently maintaining their majority in the Senate, Committee Chair Roger Wicker, a Mississippi Republican, hearings will continue in 2021, but reclassifying the platforms as “publishers” instead of neutral platforms will not be easy under a Democratic administration.

“Twitter and Facebook are banned in Communist China, so you can understand why it is concerning that big technology companies are interfering with free speech,” Scott said. “Yet, you allow murderous dictators around the world to freely use your platform.”

While Republicans and Democrats agree that the tech companies and Amazon deserve scrutiny on antitrust matters, Democrats openly mock Republicans’ cries of censorship.

Those serving in Congress representing Panhandle districts had little difficulty winning another term on election night. Four members from the election class of 2016 return for two more years.

In District 1, Fort Walton Beach Republican Matt Gaetz easily cruised to a third term with a big victory over Democrat Phillip Ehr. Gaetz earned 65% of the vote, turning aside the former Republican and retired Navy pilot’s challenge, who was making his second run at the seat after losing the Democratic primary in 2018.

Democrat Al Lawson has won a third term in Congress after turning aside the challenge of Republican Gary Adler, a Jacksonville business owner. Lawson won the district, which spreads from Gadsden County to Tallahassee to Jacksonville, by 65% to 35%.

In District 4, John Rutherford won another term against a quality opponent. He handily defeated former television anchor Donna Deegan by a margin of 61% to 39%.

Central Florida also had several incumbents winning their races by significant margins. Among those was St. Augustine Republican Michael Waltz, who soundly defeated Orlando attorney Clint Curtis by 22 points in the District 6 race. Also on the ballot as a write-in candidate was former Democrat Rep. Alan Grayson, who did not gain a single vote.

Democrats Darren Soto of Kissimmee and Val Demings of Orlando were both easily reelected. Soto defeated Bill Olson with 56% of the vote, while Demings early a 64% to 36% win over Vennia Francois.

The District 11 race featured a rematch from 2018 featuring Clermont Republican Dan Webster and Democrat Dana Cottrell of Spring Hill. Webster won a sixth term in Congress with a 67% to 33% victory.

With the knowledge that Russians successfully penetrated two Florida counties’ election systems in 2016, the members came away comforted by what they heard. While not able to share specifics, they said federal law enforcement and intelligence officials were on top of the disruption attempts.

“Floridians should feel confident in the security of this election,” Waltz said.

The members sought the briefing after phony emails purported from the Proud Boys White nationalist group threatened Democratic voters in parts of the state. Constituents of Waltz were among those receiving the messages.

The emails were found to be the work of Iranian operatives. Murphy called them “an attack on our country.” All who received the briefing were convinced that the state’s 67 county election operation system is safe going into the election. Tuesday’s seemingly secure election confirmed what they heard.

In addition to Waltz and Murphy, those receiving the briefing included Soto, Shalala, Wasserman Schultz and Mucarsel-Powell.

Palm Harbor Republican Gus Bilirakis defeated Kimberly Walker by 63% to 37% to win an eighth term in Congress. He succeeded his father, Mike Bilirakis, in 2007 after serving in Congress for 24 years.

Rep. Brian Mast won reelection to a third term by defeating Pam Keith with 56% of District 18. Democratic Rep. Alcee Hastings of Delray Beach, the delegation’s longest-serving member as well as its co-chair, is returning for a 15th term after a blowout victory over Lake Park welding inspector Greg Musselwhite. Hastings garnered 79% of the vote in the race for the District 20 seat.

Democratic Rep. Lois Frankel prevailed over Republican Laura Loomer in a race that garnered some national attention. Frankel defeated the provocative Loomer with 59% of the vote in the District 21 seat race.

In District 22, veteran Rep. Ted Deutch of Boca Raton was rewarded with another term in the House after rolling to a comfortable win over Republican James Pruden, a Boca Raton attorney. Deutch, who has served since 2010, gained 59% of the vote.

Democratic Rep. Debbie Wasserman Schultz of Weston returns to Washington after a big victory over Republican Carla Spalding, a Navy veteran and nurse from Plantation, and two Republican write-in candidates. Wasserman Schulz won the District 23 race with 58% of the vote.

The only member of the delegation officially guaranteed another term before Tuesday was Hialeah Republican Mario Diaz-Balart, who ran unopposed for his District 25 seat. He will begin his 10th term in January.

Pundits had the District 26 race as either a tossup or leaning Mucarsel-Powell’s way in a district that favors Democrats by 20,000. In the end, Trump may have had coattails due to his strong performance in the heavily Democratic county, helping Giménez take a 52% — 48% win.

“When I first ran for mayor, they didn’t think I was going to win that, too,” Giménez said in his victory speech. “I promise you I’ll be a much more effective congressperson and reach across the aisle. I won’t be as partisan as my predecessor.”

In District 27, Salazar won a surprising victory in a race she lost to Shalala two years ago and reclaimed the district represented by Republican Ileana Ros-Lehtinen for 30 years. She prevailed over Shalala by slightly more than two percentage points.

The campaign saw Shalala fending off attacks from Salazar over mistakes on disclosures of personal stock sales. In her acceptance speech, Salazar pledged to be a combative anti-socialist.

“I will not be silenced,” she said. “I will not cower to the mob and when faced with the so-called democratic socialists. I will tell them that we have seen the dogma in action already, and it doesn’t work.”

In defeat, Shalala was classy, congratulating Salazar, adding: “it has been a great honor to represent the people of Miami-Dade.

Political pundits rated the race as “likely Democrat.” The district has a 20,000-registration advantage for Democrats.

At age 69, Reagan became the oldest man to be elected President. Reagan had strong coattails, carrying Republicans to an unexpected majority in the Senate, including Paula Hawkins, who defeated the favored Bill Gunter.

November 4, 2008 — Sen. Barack Obama cruised to a historic victory, becoming the first African American to be elected President of the United States. Obama easily defeated Sen. John McCain by seven points that led to an Electoral College landslide of 365-173.

Obama and Vice President-elect Biden carried Florida by slightly more than 200,000 votes. Obama’s campaign of “Hope and Change” took the day with a majority of voters who are concerned with a faltering economy. Thousands gathered in Chicago’s Grant Park to celebrate with the new President wiped away tears as he spoke.

previousJoe Biden: 'We believe we will be the winners'