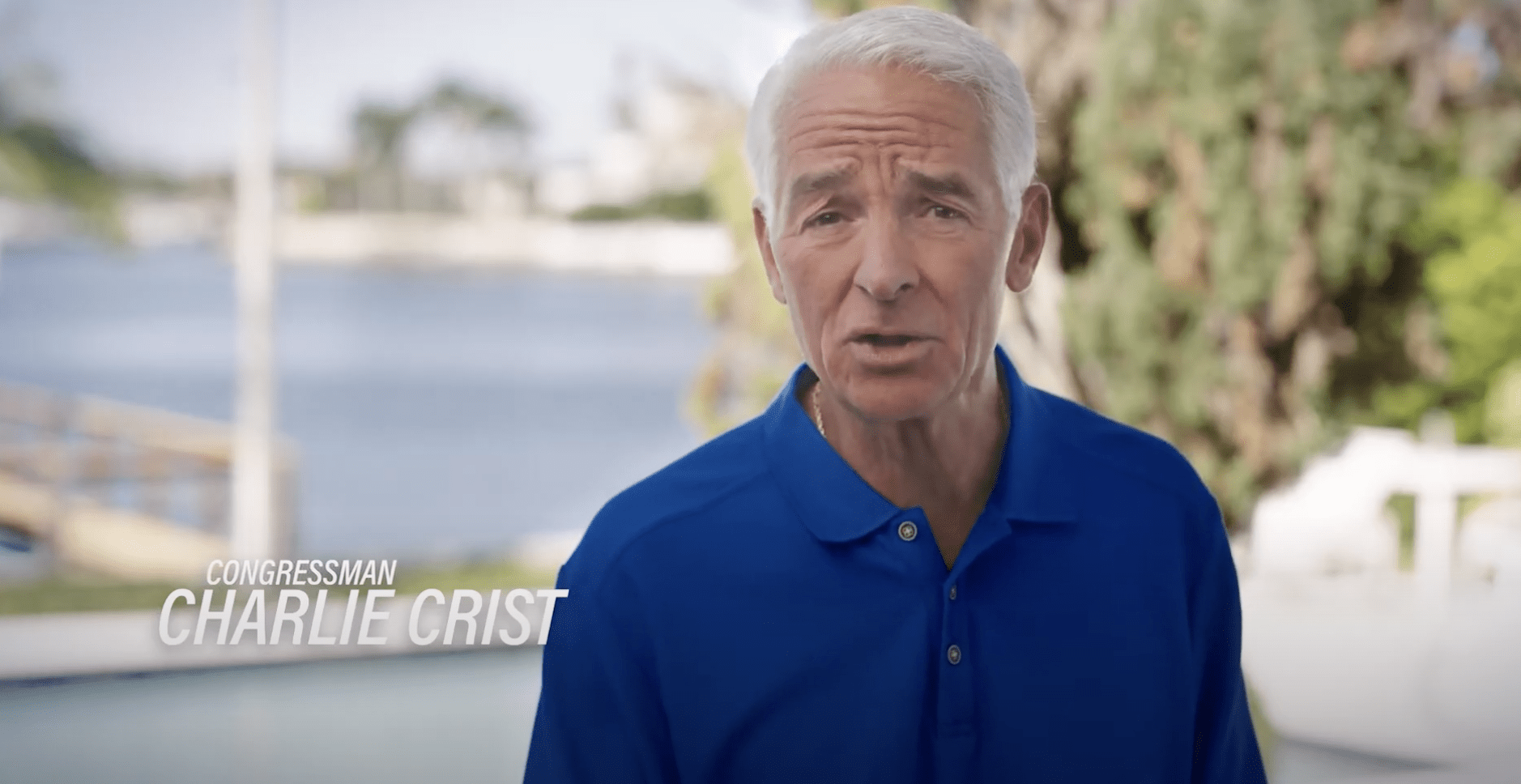 The ad follows Crist's reelection, where he earned 53% of the vote.

Crist’s campaign spent $158K for the 30-second ad to be broadcast from Nov. 7 through Nov. 13, according to Delta Advertising Analytics.

“I know what you’re thinking — the election’s over, so why is Charlie Crist still on my TV,” Crist starts off in the ad. “Well, because my mother always taught us to always say please and thank you.”

The ad consists of Crist directly speaking to constituents, reassuring them that they will get through COVID-19.

“Thank you for voting, even when it wasn’t for me,” Crist says. “At a time when COVID cases are up but our economy is down, I know that by working together, we’ll get through it together.”

“I’m Charlie Crist, and I approve this one, last message,” Crist concludes.

The post-election ad follows Crist’s reelection, where he mustered 53% of the vote to Luna’s 47%, a six point margin.

While Crist’s victory was clear-cut, the race against Luna was the first major competition the incumbent had faced since first being elected to Congress in 2016 over then-incumbent David Jolly.

And, he won by a margin far less than polls or previous elections suggested — polling the week before the election showed voters in the district favoring Crist by 17 points.

The district runs roughly from Pinellas Point in St. Pete north to Clearwater, covering peninsular Pinellas County. Democrats outnumber Republicans in the district 201,088 to 176,857. NPA voters total 143,876, according to the latest state numbers.

“To our supporters, thank you!” Crist wrote on Twitter. “I am honored to serve the people of Congressional District 13 for another term.”

In response to her defeat, Luna said Tuesday night, “Although tonight did not go our way, this is not the end of the road. Patriotism and public service are lifelong endeavors. We love our country. We pray for our country. And we will continue to serve our country. Thank you for your support.”