Who was our top winner? Spoiler alert: It wasn't state Democrats

About 70 million people in this country voted for Donald Trump, including a majority of Floridians. That’s a reality that Joe Biden faces as, presumably, he takes over as President of the United States.

On Saturday, multiple news outlets projected Biden to win the election. However, Trump has multiple lawsuits disputing the results and the election must be certified to be official.

Biden’s vow to be the President for everyone is admirable, and he will no doubt try to be that person. It won’t be easy because those 70 million people knew about Trump’s style, tactics, and policies and went, yep, that’s my guy!

Biden will reverse many of Trump’s attacks on environmental laws, legal immigration, and so on. If Republicans do hold on to the Senate though, any idea of making billionaires pay higher taxes is DOA.

Also, does anyone really believe Trump will fade quietly into retirement at Mar-A-Lago? An option could be to start his own conservative TV network to punish Fox News for employing people like Chris Wallace.

It would be a nightly rerun of the greatest hits. 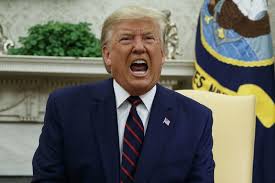 The mainstream media won’t be as obsessed with Trump going forward as it has been, but the true believers will stay with him.

It has been popular to say all the noise, insults, and lies are not who we are as a nation. Well, 70 million just voted for Trump. It may be exactly who we are.

On with the show.

Because of all the high stakes of the past week, we’ll adjust our format a little. Normally we choose three winners and three losers, but instead, we’ll offer multiple kudos or hisses to the appropriate recipients.

We will, however, choose one big winner and loser.

Chris Sprowls: Democrats believed a Blue Wave would bring them closer to parity with Republicans in the Florida House and Senate.

Neither one happened, though, and Sprowls is a major reason why. The House Speaker-designate helped Republicans pick up five seats Tuesday night. That gives them an almost mind-boggling 78-42 lead in that chamber. , growing their majority in the House from 73-47 to 78-42 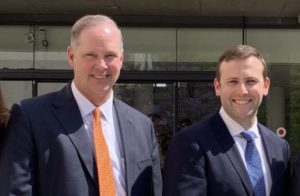 “There wasn’t a campaign that went without something they needed to find success- that’s because of Chris Sprowls,” GOP consultant Anthony Pedicini said.

He raised millions of dollars and helped fashion cutting attack ads that put Democrats on defense.

Anna Eskamani: Her rising star in the Democratic Party got a rocket boost last week, even as Dems were sifting through the wreckage. An unabashed progressive, Eskamani demanded that the party leadership get out of the way and let new voices with new ideas take over. 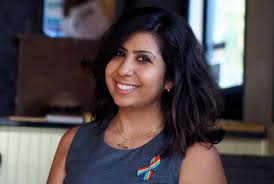 Sure, she probably had her eye on running for Governor in 2022, but she said loudly what Democrats need to hear.

Susie Wiles: Democrats were mortified by their subpar showing in Miami-Dade, but they should have seen it coming. Susie Wiles, a top GOP strategist and Senior Advisor to Trump’s Florida campaign, was two steps ahead of them in guiding the Republican battle plan there.

In a three-page memo, Wiles laid out the campaign strategy. It was based on sophisticated data.

“We targeted strategic demographic groups that are not traditional Republican supporters with messaging that was uniquely tailored to them,” Wiles wrote. “These targeted messages leveraged the president’s position on issues or amplified negatively our opponent’s position on an issue of importance to targeted voters.”

Part of that involved labeling Democrats as “socialists,” which helped drive big increases for Republicans from Cuban-Americans and Venezuelan-Americans.

She concluded, “The lesson is simple: In order to form a consistent, winning coalition, Republicans, in the words of President Ronald Reagan, must provide a big tent and give reasons for all demographic groups to join.”

After helping lead Trump to victory in 2016, Gov. Ron DeSantis pushed Wiles out of leadership at the Florida Republican Party.

She seems to be recovering nicely.

Joe Gruters: The Chair of the Republican Party of Florida had a good week.

He easily won reelection to the Senate, defeating Democrat Katherine Norman by 17 points. And, of course, Republicans overall had a great night in Florida.

It didn’t stop there, though.

Gruters (along with Democrats) helped defeat Amendment 3, the so-called “jungle primary” measure. It would have allowed voters with no party affiliation to vote in the primaries.

Shevrin Jones: There wasn’t any doubt Jones would win SD 35, but we have to note history when it happens.

After securing 97% of the vote against write-in candidate Darien Hill, Jones becomes the first openly gay state senator in Florida. 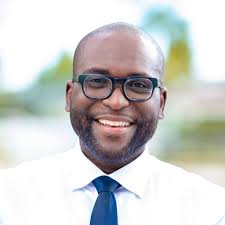 “I never could have imagined this moment as a young boy growing up in Carol City,” he said in a statement. “But I am honored to play a small part in making sure others can see themselves in their elected officials and ensuring that there are no more firsts.”

Jones basically clinched this seat after winning a six-person Democratic primary in August.

Laurel Lee: Florida’s Secretary of State oversees the state’s elections, and it couldn’t have gone better.

Despite the complexities forced upon the state by COVID-19, election officials deftly handled an avalanche of mail ballots and early voters. While other states (looking at you, Pennsylvania) tabulated results s-l-o-w-l-y, Florida’s results were delivered swiftly and without incident.

Now, people are saying Florida’s voting system should be the model for the nation.

But the biggest winner: DeSantis. The Governor aggressively campaigned for Trump and it paid off with an unexpectedly easy win in the state. 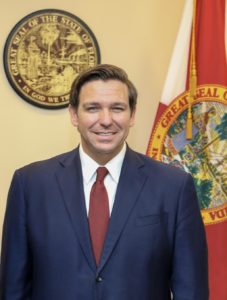 He can bask in reflected glory over the smooth election. And after a battering in opinion polls over his handling of the pandemic, he received a needed boost toward his own reelection campaign in 2022.

For many, he went over the line when he offered a “solution” for election officials he says aren’t following the law in Michigan and Pennsylvania.

He said the legislatures in those states should consider selecting electors who would ignore the states’ popular votes and cast Electoral College votes for Trump.

Sure, that’s weak and more than a little snarky.

He still had a good week, though.

Michael Bloomberg: They’re still totaling up the bill, but he spent about $100 million in Florida. He held the miscalculated belief it would ensure Trump’s defeat.

That bought a lot of TV air time but not nearly enough votes.

The money is on top of the approximately $1 billion Bloomberg spent on his own failed presidential campaign.

Maybe his new theme song should be “Money For Nothing.” 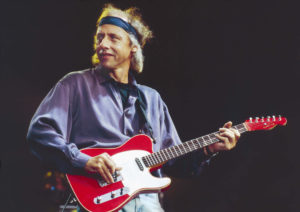 Don’t worry, though. With a net worth estimated at $54 billion, he’ll be fine.

José Oliva: The outgoing House Speaker has a vendetta against fellow Republican Rep. Danny Perez. To prove it, Oliva directed about $1.4 million in the primary to Perez’s opponent, Gabriel Garcia.

The story doesn’t end there, though. That money wasted on Garcia might have helped Republicans Bob Cortes in HD 30 or Michael Owen in HD 59.

Margaret Good: Democrats thought they finally had someone who could defeat seven-term U.S. Rep. Vern Buchanan in CD 16.

Good, a state representative, was considered a rising star among Democrats. She had considerable financial backing that allowed her to flood local TV stations with ads. And there was that whole “blue wave” thing Dems believed would happen.

Then people voted, and the result wasn’t even close.

Buchanan won by 11% and Good was left to reflect on a multitude of campaign missteps.

Anna Paulina Luna: The first-time GOP candidate gave Charlie Crist a decent run for it in CD 13 before losing 53%-47%. Republicans will no doubt make sure she runs again for a significant office.

Because of the tweet she sent after the election, that’s why.

“Putting together a list of every single member of the GOP that is silent on the voter fraud taking place. In 2022, I will personally assist with selecting candidates to primary you if you don’t speak up,” she wrote.

In the campaign, she constantly stressed her independence. Now, though, if other Republicans choose not to embrace Trump’s unproven and likely baseless claims of massive voter fraud, she will go after them.

Translation: Independence only goes so far. Agree with her, or else.

The biggest loser: Terri Rizzo and Florida Democrats. The only question is why Rizzo hasn’t already resigned as head of the state Democratic Party. 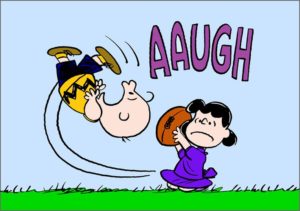 The pounding they took in the election brought swift calls for a house-cleaning of Party leadership, and that would start with Rizzo.

She was outflanked in Miami-Dade by Republicans who successfully targeted Cuban-American and Venezuelan-American voters. Instead of narrowing the gap in the Legislature, Democrats lost seats.

That usually means heads will roll.

The progressive wing of the Party, led by Eskamani, moved swiftly to demand changes in how candidates are recruited. They want an end to middle-of-the-road candidates. Progressives want the Party to push hard for reforms on climate change, income equality, and so on.

It’s not a question of whether a change is coming for Florida Democrats.

The only question is, who will be the new leader?

previousDonald Trump considers how to keep up fight, find a graceful exit

nextFlorida politicians react to the election of Joe Biden