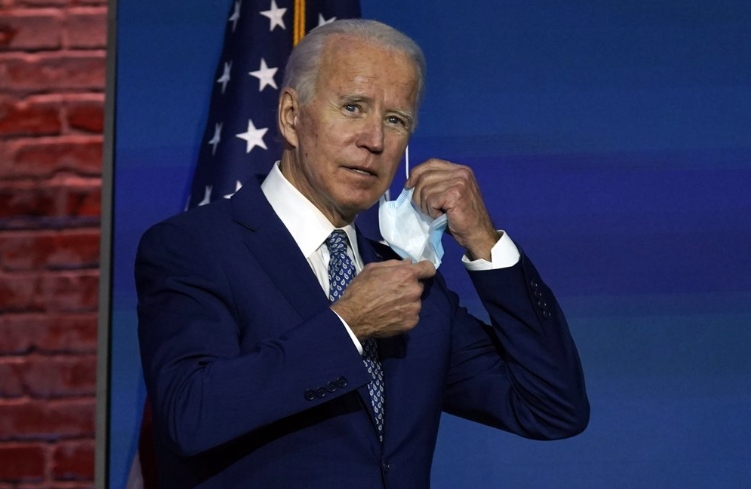 'The goal is to get back to normal,' he said.

While pointing out that he won’t become President until Jan. 20, President-elect Joe Biden implored Americans Monday to wear masks for the foreseeable future.

Biden made the declaration during remarks Monday in The Queen theater in Wilmington, Delaware, after he and Vice President-elect Kamala Harris received a briefing from his transition’s COVID-19 advisory task force.

His comments also came shortly after Pfizer Inc.’s announcement that it is close to a breakthrough on a COVID-19 vaccine.

“We are united in a shared goal: defeating this virus. As we work toward a safe and effective vaccine, we know the single most effective thing we can do to stop the spread of COVID: wear a mask,” Biden said. “The head of the CDC warned this fall, that for the foreseeable future, a mask remains the most potent weapon against the virus. Today’s news does not change that urgent reality.”

“Please, I implore you, wear a mask.” Biden said.

“Mask-wearing is not a political statement,” Biden said. “It is a good way to start pulling the country together. The goal of mask wearing is not to make your life less comfortable or to take something away from you. It is to give something back to all of us. A normal life. The goal is to get back to normal, as fast as possible. And masks are critical in doing that.

“That’s the character of patriots. That’s the character of Americans. We have to do this together. Wearing a mask may seem like a small act. Maybe you think your individual choice won’t make any difference. But throughout our history, the history of our nation, we’ve seen over and over how small acts add up to enormous achievements. It’s the weight of many small acts together that can bend the arc of history.”

The Democrat’s transition team also unveiled members of Biden’s coronavirus working group tasked with developing his administration’s pandemic response — something Biden says he wants to put in motion as soon as he takes office in January.

He promised that the country can get the virus under control and rebuild the economy.

“Our hearts go out to each and every one who has lost a loved one to this terrible disease,” Biden said.