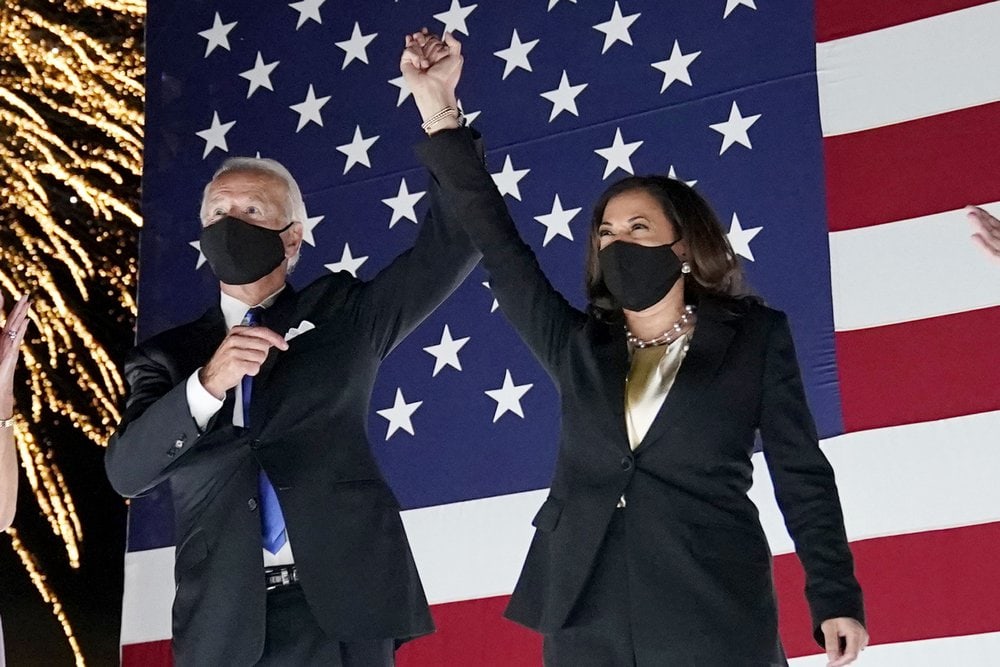 President-elect Joe Biden and Vice President-elect Kamala Harris made pitches for health care coverage Tuesday that appeared directed at the Supreme Court, with Harris arguing Americans voted for Biden because they consider coverage a right.

The two briefed journalists Tuesday about their assessment of the cases made in the Supreme Court, as outgoing President Donald Trump‘s administration joined with attorneys general from several states in aiming to have the Affordable Care Act declared unconstitutional.

At The Queen theater in Wilmington, Delaware, Biden and Harris made their case to Americans about the need to continue the kinds of coverage assured Americans under the Affordable Care Act. That includes coverage for preexisting conditions, coverage equality for men and women, and for seniors, and the ban on lifetime caps for coverage.

Yet they also appeared to direct their case toward Supreme Court Justices, indirectly. They argued that Biden’s election as President was a clear indication that Americans want Obamacare to stay.

“We just had an election in America, an election where health care was very much on the ballot. Our country had a clear choice in this election,” she said.

When he addressed the media, Biden charged that “right wing ideologues” have been trying to strip away health care coverage assurances for years without success, and that the current case before the Supreme Court is only the latest attempt.

That case was initially brought by several states, including Florida, and joined by the Trump administration, which continues to prosecute it.

Twice previously the Supreme Court has heard challenges to the Affordable Care Act, and both times it let the law stand.

Biden disputed those who say the real goal of the current case is to preserve the most popular parts of Obamacare.

“The goal of the outgoing administration is clear in the brief they filed in the Supreme Court. It asserts, and I quote: ‘The entire ACA thus must fall.’ End of quote,” Biden said.

“This doesn’t need to be a partisan issue,” Biden said. “It’s a human issue. It affects every single American family. We can’t subvert the growing consensus of the American people based on an argument put forward in a brief seeking to invalidate the law.”

Regardless, the more conservative Supreme Court appeared during Tuesday’s hearing to be unwilling to strike down the Affordable Care Act, at least in its entirety.

The court is not likely to render an opinion until the spring.

Unlike the Supreme Court that heard the first two cases, the justices on Tuesday included three Trump appointees.

Yet at least one of those Trump appointees, Justice Brett Kavanaugh, seemed likely to vote to leave the bulk of the law intact, even if he were to find the law’s now-toothless mandate that everyone obtain health insurance to be unconstitutional.

“It does seem fairly clear that the proper remedy would be to sever the mandate provision and leave the rest of the act in place,” Kavanaugh said.

Chief Justice John Roberts, who wrote two earlier opinions preserving the law, stated similar views, and the court’s three liberal justices are almost certain to vote to uphold the law in its entirety.

That presumably would form a majority by joining a decision to cut away only the mandate, which now has no financial penalty attached to it. Congress zeroed out the penalty in 2017, but left the rest of the law untouched.