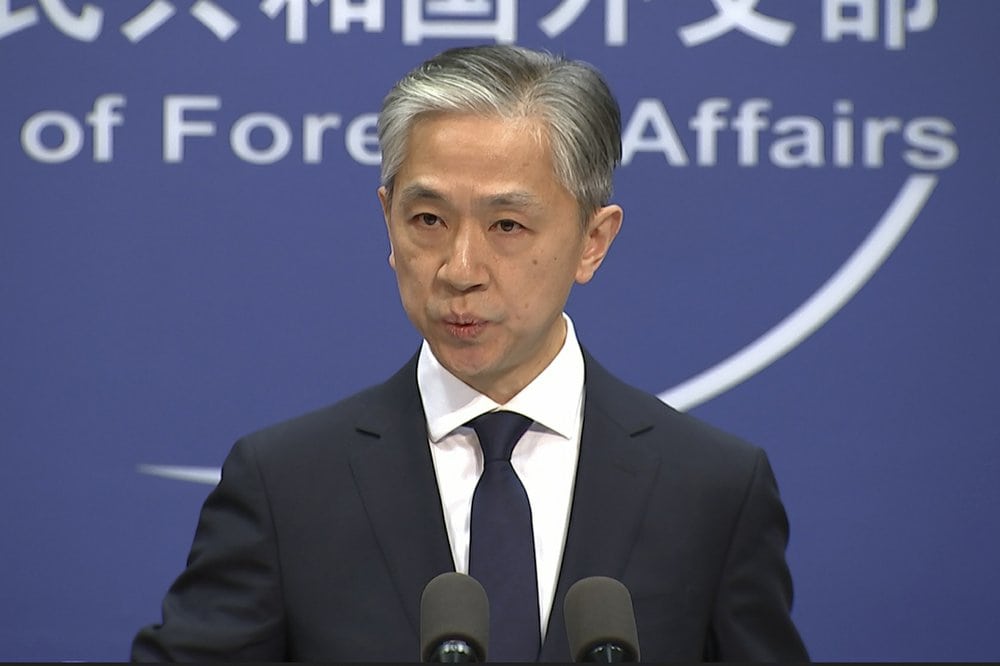 This doesn't mean pressure will let up on TikTok.

China on Friday became one of the last major countries to congratulate U.S. President-elect Joe Biden, who is expected to make few changes to U.S. policy in conflicts with Beijing over trade, technology and security.

“We respect the choice of the American people,” said a foreign ministry spokesman, Wang Wenbin. “We congratulate Mr. Biden and Ms. Harris.”

Wang gave no reason for the delay but said, “the result will be confirmed according to U.S. laws and procedures.”

U.S.-Chinese relations have plunged to their lowest level in decades amid a tariff war over Beijing’s technology ambitions and trade surplus, accusations of spying and tension over human rights, the coronavirus pandemic, Hong Kong and control of the South China Sea.

Trump labeled China a security threat and imposed export curbs and other sanctions on Chinese companies. On Thursday, he stepped up those sanctions by issuing an order that bars Americans from investing in securities issued by companies U.S. officials say are owned or controlled by the Chinese military.

Forecasters had said even if lost his re-election bid, Trump was likely to try to increase pressure on Beijing before he leaves office on Jan. 20.

Political analysts expect Biden to try to resume cooperation with Beijing on climate change, North Korea, Iran and the coronavirus. And they say Biden might pursue a more traditional, predictable policy toward China.

However, economists and political analysts expect few big changes due to widespread frustration with Beijing’s trade and human rights record and accusations of spying and technology theft.

“A tough stance on China has broad support across the U.S. political spectrum,” Louis Kuijs of Oxford Economics said in a report this week. “Biden’s own pronouncements and policy program suggest he will continue to try to maintain the U.S. technological lead and to attract manufacturing activity.”

Some forecasters suggest the change from Trump, who rejected multilateral alliances, to Biden might increase pressure on China if Washington forms a coalition with other developed countries to push for policy changes.

China has tried to recruit Germany, France, South Korea and other governments as allies against Washington but all have refused. They criticized Trump’s trade tactics of surprise tariff hikes, which also were used against allies, but echo U.S. complaints that China is violating its free-trade commitments.

Some Chinese trade experts have suggested Beijing might try to renegotiate the “Phase 1” agreement signed in January as a first step toward ending the trade war. It calls for China to increase purchases of U.S. goods in exchange for postponing further tariff hikes. But that came before the coronavirus derailed global trade, leaving China behind on meeting its commitments.

Renegotiation might fit a “more strategic, longer-term orientation” expected from a Biden administration, but he “cannot be seen to be ‘soft’ on China” after the “hard rhetoric” of the campaign, Kuijs said.

Chinese leaders were quieter during this year’s election than in the 2016 presidential race, when they favored Trump over former Secretary of State Hillary Clinton. They disliked her for carrying out then-President Barack Obama’s foreign policy, which included pressuring Beijing on human rights. Trump’s public image of business success resonated with the Chinese public.

Trump shook up China’s leaders by hiking tariffs on Chinese products in 2018 over complaints Beijing steals or pressures companies to hand over technology.

The White House has lobbied allies to exclude telecom equipment giant Huawei Technologies Ltd., China’s first global tech brand, from next-generation telecom networks on security grounds. Huawei’s access to American components and technology was cut off over the past year, threatening to cripple its global sales.

Trump is trying to bar Chinese social media companies from the United States, citing fears they might gather too much personal information about Americans. The White House is pressing video service TikTok to sell its U.S. operation and is trying to block companies from dealing with WeChat, the popular Chinese message service.

nextEta races off to sea from Carolinas after soaking Florida