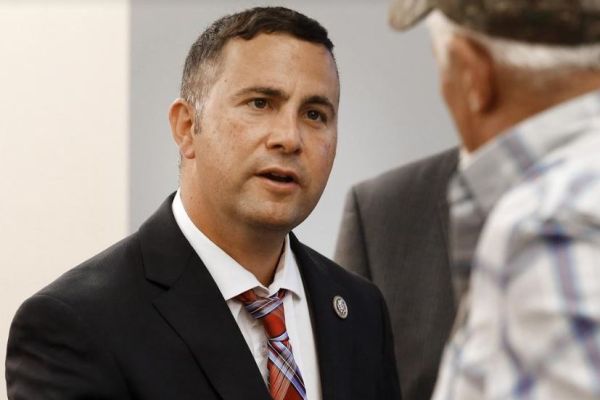 Rep. Democratic Rep. Darren Soto is leading a letter signed by eight of Florida’s Democratic members of Congress urging Gov. Ron DeSantis to release the rest of the federal COVID-19 relief money to counties and cities before it’s too late.

The letter from Soto and other members of the House of Representatives points out that Florida has until the end of the year to spend the remainder of CARES Act Coronavirus Relief Fund money authorized to help cities and counties hit hard by lost tax revenues and increased expenses due to the coronavirus crisis. The counties and cities also can provide the money to help local businesses and nonprofit groups.

“The CRF funding was meant to be a vital lifeline for maintaining uninterrupted operation of local government and services during this pandemic,” Soto and the other members wrote.

They argue that the cities and counties cannot wait until the last days to use the money.

“Local governments must pay for incurred and mounting COVID-19 related expenditures, as well as establish programs to distribute CARES Act money to businesses and nonprofits in their municipal boundaries,” they wrote. “Accordingly, we ask that you consider immediately release all remaining CRF resources to all Florida counties, cities, towns.”

It was unclear Friday how much money is yet to be released. Eligible counties and cities made requests. The Governor has been dolling out money in chunks from the relief package Florida received after Congress approved the CARES Act last March.

There was no immediate response from the Governor’s office Friday.

The CARES Act money came in several programs. Cities and counties with at least 1 million residents, split $2.5 million in direct grants. This spring the state was trying to decide how to spend another $5.9 billion it received from the CARES Act. Officials decided to provide $1.3 billion to the be split among the other 45 counties that weren’t eligible for the direct grants.

A significant portion of that has yet to be delivered through the state, the Democrats maintain. In one case in Soto’s Florida’s 9th Congressional District, Osceola County has received about $29 million of the $65 million it had requested.

There is a Dec. 31 deadline for spending that money, or the federal government takes it back, the members of Congress reminded DeSantis in their letter.

previousCourt rejects beach closure case, questions if it was ‘frivolous’