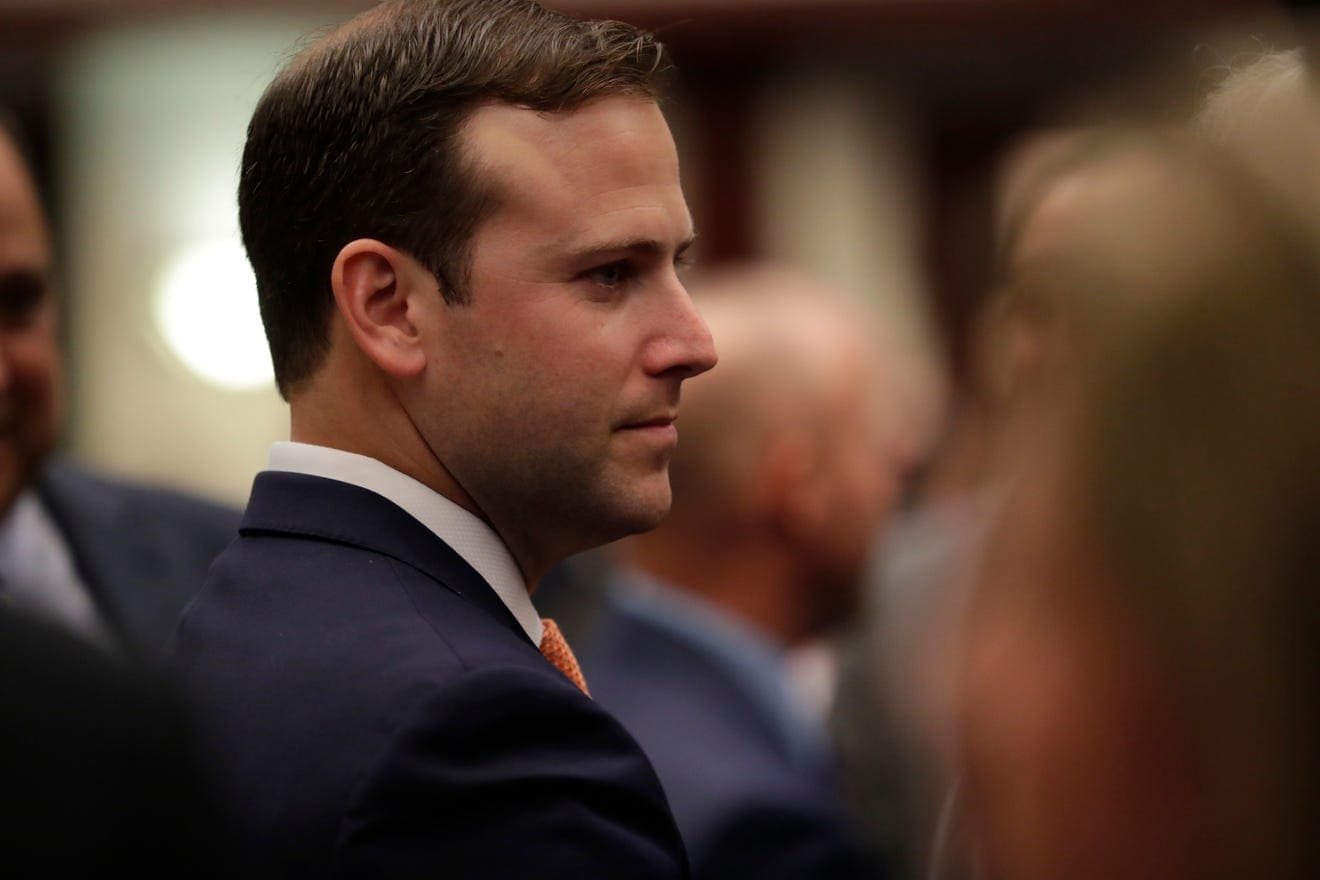 Wielding the gavel for the first time as House Speaker, Chris Sprowls used his opening address to the new class of lawmakers to share a message of law and order, but to also acknowledge concerns about police brutality and systemic issues within law enforcement.

Sprowls opened the House’s 2021 Organization Session Tuesday to a different sort of fanfare than lawmakers are accustomed.

“I regret that circumstances have muted our celebration today,” Sprowls said referencing COVID-19 restrictions that limited the typically robust attendance. “Our Floor should be packed with former colleagues and old friends and the galleries filled to the rafters with our families and supporters. Each one of us is here because of the hard work and sacrifice of so many people.”

Sprowls quickly pivoted from the laudatory introductions, setting the stage for the upcoming Legislative Session to tackle what has become one of this year’s fiercest policy debates.

The son of a retired New York City police officer, Sprowls urged respect for law enforcement and cautioned against painting all officers with the same brush.

“He put himself at risk every time he stepped out onto the streets. There were days that, if circumstances had gone just a little differently, I would never have been born,” Sprowls said. “He watched as colleagues – friends – lost their lives while trying to save the lives of others. There are many reasons I chose to be a prosecutor, but at the forefront was my admiration for dad’s service.”

Sprowls welcomed “thoughtful, fact-based” dialogue on how to improve policing in Florida, reminding members, both new and returning, that “my door and my mind are open.”

“I do not dismiss, nor do I minimize, the complicated issues and historical entanglements surrounding police and race in the United States. I recognize that my own experience has its limitations and that emotions can run high,” he continued. “But passion isn’t the measure of good policy, and when dialogue descends into a diatribe, when it leads to the vilification of an entire profession, when it becomes a justification for violence and lawlessness, then we have abandoned reason for rage. And that’s where we all should draw the line.”

Debate surrounding police brutality throughout the nation dominated the 2020 election. The GOP’s adherence to a law and order message largely drove successes at the ballot box this election cycle, with talking points railing against Democratic candidates pegged as supporters of the defund the police movement.

Sprowls did not get into specifics about policy proposals, but campaigns this cycle, which Sprowls played a top role in guiding, show any efforts to reallocate law enforcement spending are unlikely to carry weight in the heavily dominated GOP House.

His remarks subtly displayed Sprowls’ commitment to avoiding unnecessary debate on matters that would ultimately go nowhere. In a series of proposed House rule changes for this year, Sprowls recommended discussion time allotments and to deem frivolous amendments, often used symbolically by members of the minority party, “out of order.”

That change would block Democrats from proposing doomed to fail amendments from clogging committee debate on bills.

Sprowls also cautioned members, without singling out either party, about “having a tantrum on Twitter.”

“Please know that there will be no place for that kind of Washington, D.C.- style conduct inside this Chamber or in this House. We can disagree and still treat one another with goodwill, patience, and mutual respect. The ties that bind us are always greater than the things that divide us,” Sprowls said.

That echoed Sprowls’ comments earlier this month when discussing his proposed rule changes.

“The House Floor represents the one place that we as a body come together as representatives of the people of this state,” Sprowls said at the time. “The Floor can be a place for lengthy, vigorous discussion without descending into desultory or self-aggrandizing behavior.”

In his Tuesday remarks, Sprowls also made a promise to Gov. Ron DeSantis.

“Please know that the Members of the Florida House stand ready to work with you over the next two years to keep Florida on its path to prosperity,” he said.

Sprowls also offered guidance to new members of the body, urging them to “embrace every opportunity, learn as much as you can, and try to spend time listening to people who see the world differently than you do.”

To returning members, he asked them to “turn off your legislative autopilots, discard your old assumptions, and look at this process with fresh eyes.”

nextCOVID-19 keeps some lawmakers away from Capitol