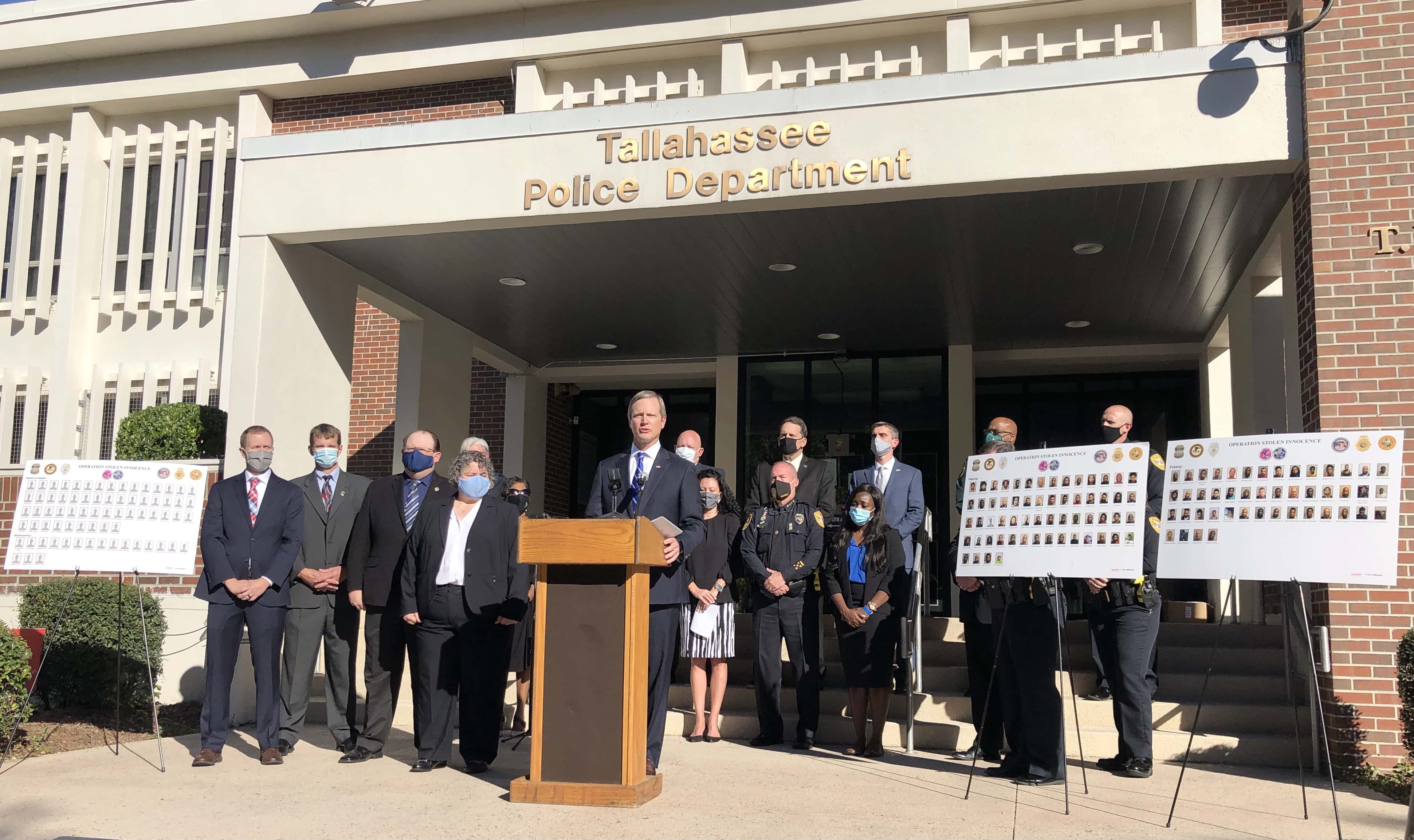 Authorities said the minor is on the 'road to recovery.'

The Tallahassee Police Department announced Tuesday that a two-year sex trafficking investigation has led to the arrest of more than 170 individuals.

The multi-agency investigation, coined Operation Stolen Innocence, dates back to November 2018 and involves a 13- to 14-year-old girl whose mother solicited her.

“This investigation is a testament to how diligent our investigators work to enhance the quality of life for everyone in this community, especially our vulnerable population,” Revell said. “They worked tirelessly to bring justice to the victim in this case and were able to make an unprecedented number of human trafficking-related arrests.”

The federal charges range from coercion of a minor to engage in prostitution to production and/or receipt of child pornography. Other charges include sex trafficking a minor and conspiracy to sex traffic a minor.

“For so long as I am the United States Attorney, I will do everything I can to contribute to multi-agency efforts, to make federal resources available, and to assist your State Attorney, your police department and your Sheriff as they protect our children and guard this community,” said U.S. Attorney Lawrence Keefe.

The investigation began when Tallahassee investigators found images of the minor posted on a website advertising sex for money. The electronic paper trail would later be followed across text messages, social media and other websites.

“It is difficult to comprehend the depravity of these criminals who prey on the most innocent in our society,” said Homeland Security Investigations Special Agent  Kevin Sibley.

The investigation involved multiple federal, state and local agencies including the Tallahassee Police Department, the Department of Homeland Security Investigations, the U.S. Marshal Service, the Florida Department of Law Enforcement, and the Leon County Sheriff’s Office.

Revell said the minor is on the “road to recovery.”