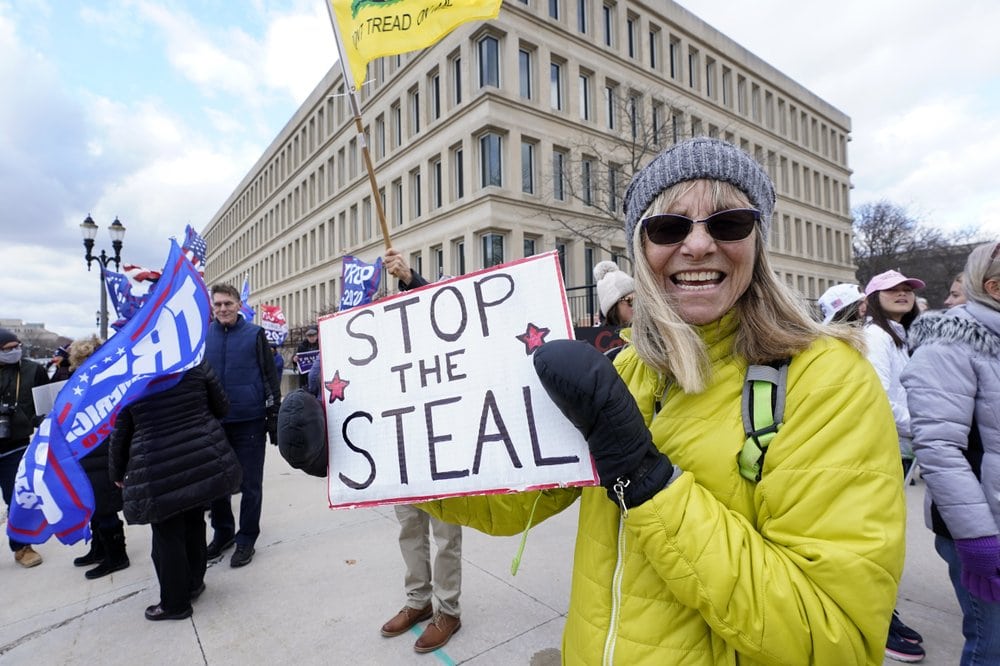 A state panel voted 3-0 with one abstention to approve the Nov. 3 results.

The Board of State Canvassers, which has two Republicans and two Democrats, confirmed the results on a 3-0 vote with one abstention. Allies of Trump and losing GOP Senate candidate John James had urged the panel to delay voting for two weeks to audit votes in heavily Democratic Wayne County, home to Detroit.

The move is another setback in Trump’s efforts to use unconventional means to undermine the results of the Nov. 3 election and comes even after he made direct overtures to Republican officials in the state by inviting them to the White House last week.

Under Michigan law, Biden claims all 16 electoral votes. Biden won by 2.8 percentage points — a larger margin than in other states where Trump is contesting the results like Georgia, Arizona, Wisconsin and Pennsylvania.

Some Trump allies had expressed hope that state lawmakers could intervene in selecting Republican electors in states that do not certify. That longshot bid is no longer possible in Michigan.

Trump’s efforts to stave off the inevitable — formal recognition of his defeat — faced increasingly stiff resistance from the courts and fellow Republicans with just three weeks to go until the Electoral College meets to certify Biden’s victory. Time and again, Trump’s challenges and baseless allegations of widespread conspiracy and fraud have been met with rejection as states move forward with confirming their results.

Michigan’s Board of State Canvassers, which has two Republicans and two Democrats, certified the results despite calls by Trump and allies to the GOP members to block the vote to allow for an audit of ballots in heavily Democratic Wayne County, home to Detroit, where Trump has claimed without evidence that he was the victim of fraud.

“The board’s duty today is very clear,” said Aaron Van Langevelde, the Republican vice chair. “We have a duty to certify this election based on these returns. That is very clear. We are limited to these returns. I’m not going to argue that we’re not.”

Mary Ellen Gurewitz, an attorney for the state Democratic Party, told the canvassers that attacks on the election results “are part of a racist campaign, directed by soon-to-be former President Trump, to disparage the cities in this country with large Black populations, including Detroit, Philadelphia and Milwaukee.”

“It sometimes feels like officials are attempting to tear up my ballot right in front of me by stalling and recounting until they find a way to change the results,” said Wendy Gronbeck, a resident of Douglas. “I’ve been a voter for over 50 years, and I’ve never had to think about whether canvassers will certify an election.”

Biden crushed the president by more than 330,000 votes in Wayne County, where two local GOP canvassers who certified the results unsuccessfully tried to reverse course last week after being called by Trump. Secretary of State Jocelyn Benson, a Democrat, has said an audit must wait until after statewide certification because only then would officials have legal access to documentation needed to conduct such a review.

Michigan’s elections bureau has recommended that the Nov. 3 results be certified.

Norm Eisen, a constitutional law expert and former counsel to the U.S. House Judiciary Committee, said there was no legal basis to do anything other than certify the election.

“That is the clear mandate of state law,” he said. Eisen dismissed various claims for why a delay might be necessary, including the need for an audit or time to investigate so-called “out of balance” precincts.

“The reasons that they have advanced for doing anything other than (certify) is totally spurious. They carry no legal or factual weight whatsoever under the law,” Eisen added.

Trump has tried to defy the results of the election through the courts, but having found no luck there, moved on to personally trying to influence local lawmakers to convince them to ignore the popular vote and appoint Republican electors, a strategy that would send Americans into the streets in protest, election law experts have said.

Some Trump allies have expressed hope that state lawmakers could intervene in selecting Republican electors in states that do not certify, as the president and his attorneys have pushed baseless allegations of fraud that have been repeatedly rejected in courtrooms across the country. Trump met with top Michigan GOP legislators at the White House on Friday and tweeted over the weekend: “We will show massive and unprecedented fraud!”

Had the board delayed a vote or opposed certification, a lawsuit was expected. Legal experts have said the canvassers’ role is limited and courts would order them to confirm the results. Under state law, it has the narrow responsibilities of reviewing vote numbers from Michigan’s 83 counties and certifying them. It does not have the power to audit returns or investigate complaints of irregularities.

In Pennsylvania, a conservative Republican judge shot down the Trump campaign’s biggest legal effort in Pennsylvania with a scathing ruling that questioned why he was supposed to disenfranchise 7 million voters with no evidence to back their claims and an inept legal argument at best.

But the lawyers still hope to block the state’s certification, quickly appealing to the 3rd U.S. Circuit Court of Appeals in Philadelphia, which ordered lawyers to file a brief Monday but did not agree to hear oral arguments.

The campaign, in its filings, asked for urgent consideration so they could challenge the state election results before they are certified next month. If not, they will seek to decertify them, the filings said.

And they insisted that they did not want to invalidate all of the 6.8 million ballots cast in the state — as Brann concluded based on their arguments in court last week. Instead, they said, they are taking aim only at seven Democratic-leaning counties where they take issue with how mail-in ballots were handled.

“Appellants seek to exclude the defective mail ballots which overwhelming favored Biden, which may turn the result of the election,” they said in a filing Monday said.

Biden won Pennsylvania by more than 80,000 votes. The other litigation has failed to change a single vote.

Pennsylvania county election boards were voting on Monday, the state deadline, about whether to certify election results to the Department of State. The boards in two populous counties split along party lines, with majority Democrats in both places voting to certify. After all counties have sent certified results to Secretary of State Kathy Boockvar, she must then tabulate, compute and canvass votes for all races. The law requires her to perform that task quickly but does not set a specific deadline.

In Wisconsin, a recount in the state’s two largest liberal counties moved into its fourth day at a slow pace, with election officials in Milwaukee County complaining that Trump observers were hanging up the process with frequent challenges. Trump’s hope of reversing Biden’s victory there depends on disqualifying thousands of absentee ballots — including the in-person absentee ballot cast by one of Trump’s own campaign attorneys in Dane County.