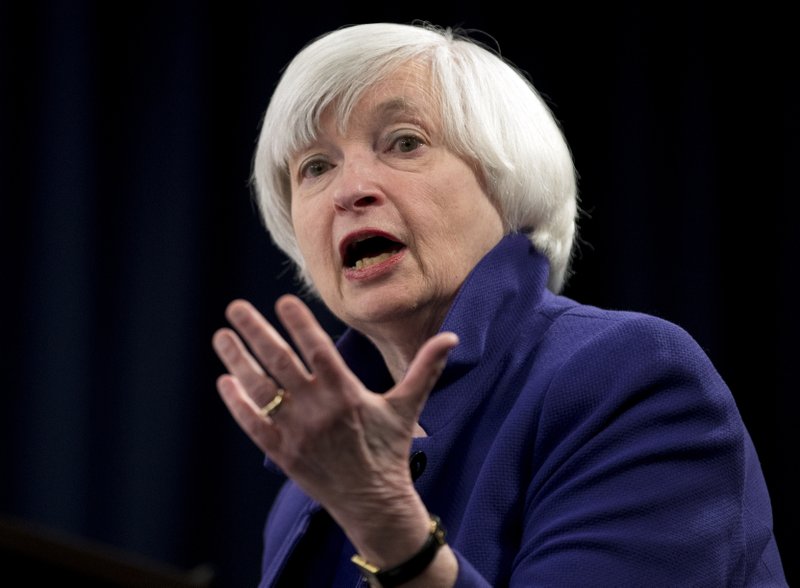 Yellen is well-known on Capitol Hill after years of testifying as Fed chair to Senate committees and clashing with Republicans.

Janet Yellen is in line for another top economic policy job — just in time to confront yet another crisis.

She became Fed chair in 2014 when the economy was still recovering from the devastating Great Recession. In the late 1990s, she was President Bill Clinton’s top economic adviser during the Asian financial crisis.

And now, according to a person familiar with Biden’s transition plans, she has been chosen to lead Treasury with the economy in the grip of a surging viral epidemic. The spike in virus cases is intensifying pressure on companies and individuals, with fear growing that the economy could suffer a “double-dip” recession as states and cities reimpose restrictions on businesses.

Yet many longtime observers of the U.S. economy see Yellen as ideally suited for the role.

“She is extraordinarily talented,” said Diane Swonk, chief economist at auditing firm Grant Thornton. “She is the right person at this challenging time. She has worked every crisis.”

If confirmed, Yellen would become the first woman to lead the Treasury Department in its nearly 232 years. She would inherit an economy with still-high unemployment, escalating threats to small businesses and signs that consumers are retrenching as the worsening pandemic restricts or discourages spending.

Most economists say that the distribution of an effective vaccine will likely reinvigorate growth next year. Yet they warn that any sustained recovery will also hinge on whether Congress can agree soon on a sizable aid package to carry the economy through what Biden has said will be a “dark winter” with the pandemic still out of control.

Negotiations on additional government spending, though, have been stuck in Congress for months.

Yellen has favored further stimulus, including more money for state and local governments, which she has said need “substantial support” to avoid further job cuts. Rescue aid for states has been a major sticking point in congressional negotiations.

Nathan Sheets, chief economist at PGIM Fixed Income and a former senior Fed and Treasury official, said that Yellen could effectively use the “bully pulpit” during what are likely to be difficult negotiations with Senate Republicans.

“Yellen,” Sheets said, “has a unique ability … to communicate about economics and economic policies in terms that resonate with individuals.”

She will also have the opportunity to work with Fed Chair Jerome Powell, with whom Yellen enjoys a close relationship after having worked together at the Fed, to restart several emergency lending programs. Treasury Secretary Steven Mnuchin said last week that the programs will expire, as scheduled, at the end of this year — a decision that critics warn will unnecessarily hamstring the Fed.

Powell objected to the Treasury’s move, though he agreed to return money that Congress had authorized to backstop the lending.

The most likely credit programs to be renewed, economists say, would be one that supported states and cities and a second, the Main Street Lending program, that targeted small and mid-sized businesses.

Neither program has made very many loans. But just the understanding that those backstops existed lent confidence to the financial markets. Economists say Yellen could allow Powell to offer more generous terms to increase the programs’ use.

The 74-year-old Yellen, long a path-breaking figure in the male-dominated economics field, was the first woman to serve as Fed chair, from 2014 to 2018.

“She is an icon,” said Stephanie Aaronson, a vice president at the Brookings Institution and a former top economist at the Fed. “Having a female chair meant a lot to a lot of people.”

Yellen was known as a highly prepared, sometimes demanding but down-to-earth manager who was popular with the Fed’s staff.

“I have never met anyone who has worked for or with Janet who has an unkind word to say about her,” said Claudia Sahm, a former Fed economist. “She is the kind of person who uplifts her staff.”

Under Yellen’s tenure, the central bank began a seminal shift of its policy focus away from fighting inflation, which has been quiescent for decades, to trying to maximize employment, the second of its two mandates. That process culminated this summer when Powell announced that the Fed planned to keep rates ultra-low for a time even after inflation has topped the central bank’s 2% annual target level, rather than raising rates pre-emptively.

As Fed chair, Yellen won praise for her attention to disadvantaged groups, including the long-term unemployed, at a time when financial inequalities were widening across the economy. She made numerous visits to employment training centers to spotlight the need for training programs to equip people for good jobs.

During the 2008-2009 financial crisis, transcripts of the Fed’s meetings show that Yellen was more prescient than most other Fed officials about the potential for a deep recession and weak recovery afterward.

Yellen is well-known on Capitol Hill after years of testifying as Fed chair to Senate committees about the economy and interest rate policy. During those years, she frequently clashed with Republican lawmakers who accused her of keeping rates too low for too long after the 2008 financial crisis. Some of them charged that Yellen and her predecessor, Ben Bernanke, had elevated the risk of runaway inflation and asset bubbles that could destabilize financial markets.

None of those fears came to pass. On the contrary, under Bernanke and Yellen — and later, under Powell — the Fed’s more difficult challenge became raising inflation merely to the Fed’s annual 2% target level. It has yet to do so consistently.

Yellen, a Democrat, had served only one four-year term as Fed chair when President Donald Trump decided to replace her with Powell, a Republican, despite Yellen’s desire to serve another term. That move broke a four-decade tradition of presidents allowing Fed chairs to serve at least two terms even if they had first been nominated by a president of the opposing party.

After leaving the Fed, Yellen became a distinguished fellow in residence at the liberal Brookings Institution in Washington, signaling her continuing interest in financial policymaking.

When she stepped down from the Fed in early 2018, Shawn Sebastian, co-director of the Fed-Up coalition, a collection of progressive groups, called Yellen’s departure “a loss for working people across the country.” He hailed her efforts to take on “economic inequality, racial disparities in the economy, the role of women in the workplace and the need for more diversity at the Fed.”

Yet some progressives have also criticized Yellen for the Fed’s December 2015 decision to raise its benchmark rate from near zero, where it had been pegged since late 2008 in the midst of the financial crisis. That rate hike, which caused a sharp increase in the value of the dollar, contributed to a slowdown in U.S. economic growth in 2016 and is now seen by many economists as having been premature.

Yellen is married to George Akerlof, a Nobel Prize-winning economist whom she met in a Fed cafeteria in 1977. They have one son, Robert, who is an economics professor.

previousMedicaid enrollment to jump 16.5% this year