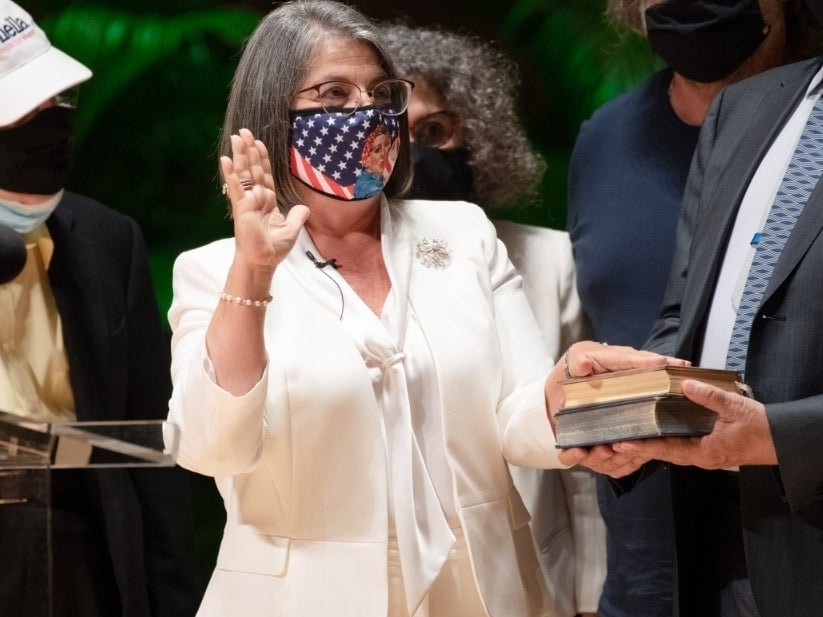 Levine Cava vacated her District 8 seat to run for Mayor.

Members of the Miami-Dade County Board of County Commissioners are targeting a Monday, Dec. 7 date to replace former Commissioner and current County Mayor Daniella Levine Cava in District 8.

Last month, the body controversially rejected a Special Election for the seat, setting up the Commission to select Levine Cava’s replacement.

During Tuesday’s meeting, commissioners weighed who would be considered for the appointment, as well as when that selection would be made.

Commissioners debated whether to limit the pool of potential appointees to those who had filed for Levine Cava’s seat. That would have restricted the Commission’s choice to activist Alicia Arellano, medical practitioner Leonarda Duran Buike and attorney Danielle Cohen Higgins.

A fourth candidate who had filed to replace Levine Cava — Palmetto Bay Vice Mayor John DuBois — previously objected to the decision to appoint her replacement and withdrew his name from consideration.

On Tuesday, commissioners decided against limiting their choices to that group, however. Instead, they opted to keep the process open to new individuals seeking the position. Applications must be submitted to the Commission prior to noon on Thursday, Dec. 3.

The Board of County Commissioners will then select a new Commissioner from that group on Monday, Dec. 7 at noon.

The District 8 seat will once again be up for election in 2022, when voters were originally scheduled to weigh in on the race. Levine Cava vacated the seat to run for Mayor. She won that contest on Nov. 3.

Though commissioners had already opted against a Special Election to replace Levine Cava, newly-elected Commissioner Rene Garcia once again voiced his opposition to that decision Tuesday.

“I look around this dais to every single one of us that is here. At some point in history, we did not have the right to vote. We’re standing on the shoulders of great men and women that have fought for that right to vote for all of us,” Garcia said.

“We are now taking that right away from the people of District 8.”

Garcia then pressed the Commission to reconsider the move to appoint a replacement.

“While it is within our constitutional right to do that, in our charter, it doesn’t make it right,” Garcia argued. “The last time I was here, I heard that it was $1 million for us to have this election. You’re going to tell me that we can’t find $1 million?”

Chairwoman Rebeca Sosa consulted with the Commission’s attorney as to whether Garcia would be permitted to make a motion on a matter already decided at the group’s previous meeting.

After getting the go-ahead, Sosa allowed another vote — without debate — to set a Special Election for Feb. 9. That motion failed.