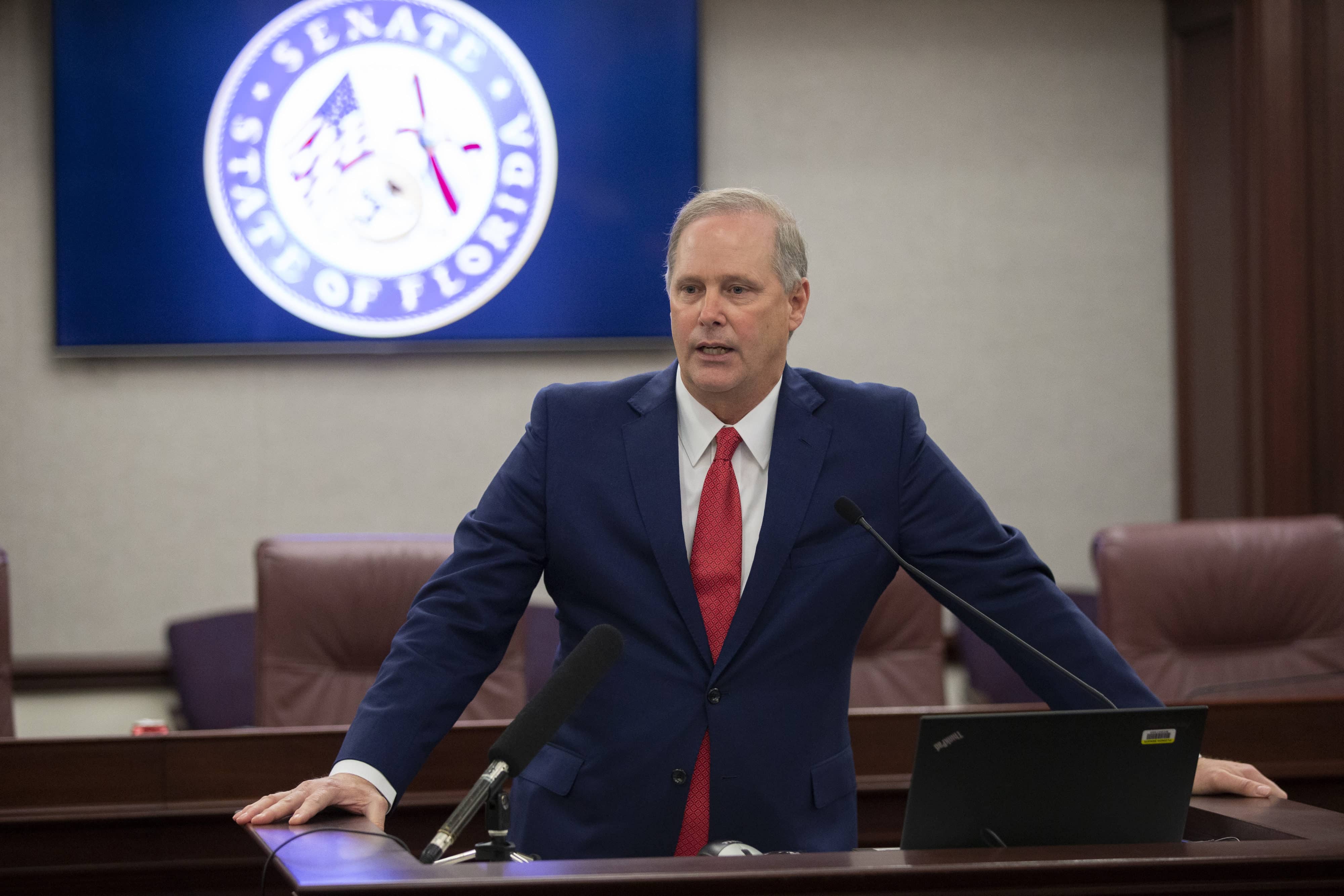 Unlike in the House, the Senate leadership team includes top Democrats.

Senate President Wilton Simpson has selected committee chairs for the next two years, drafting a leadership team that crosses the political aisle.

In a memo to Senators, the Trilby Republican who was formally elected last month to lead the Senate for the 2020-2022 legislative term called committee work “a critical component of the legislative process.”

“In my view, the tremendous responsibility to chair a Senate committee is the most significant and impactful leadership role Senators have during their tenure,” the President wrote. “With this in mind, over the last several weeks, I have been considering our committee structure, and which Senators I believe can best serve the Senate in various committee leadership positions.”

Unlike his House counterpart, Speaker Chris Sprowls who announced his leadership team ahead of the election, Simpson put Democrats in key positions.

In the Criminal Justice Committee, which in recent years has leaned in favor of criminal justice reform while the House remains cold on the issue, the Senate President tapped Sen. Jason Pizzo, a North Miami Beach Democrat who has been floated as a possible gubernatorial challenger to Ron DeSantis. Tampa Democratic Sen. Darryl Rouson will lead the Agriculture Committee and Plantation Democratic Sen. Lauren Book will repeat atop the Children, Families, and Elder Affairs Committee.

“The select committee will review all facets of the state response to the ongoing pandemic, and identify, as necessary, areas where there may be a specific role for the Legislature to make improvements to benefit our state moving forward,” Burgess said.

Clearwater Republican Sen. Ed Hooper will chair the Commerce and Tourism Committee, another critical panel as the state looks to emerge from the pandemic recession.

St. Petersburg Republican Sen. Jeff Brandes, who was previously the Criminal and Civil Justice Appropriations Subcommittee Chair and another criminal justice reform advocate, will step into the vice chair role on that committee and repeat as vice chair of the Criminal Justice Committee. Brandes will also chair the Judiciary Committee.

Simpson will assign committee members in the coming days. He will assign the chair and members of the Committee on Reapportionment, responsible for redistricting after the results of the 2020 census, as the committee’s tasks approach.

In the memo,  Simpson wrote that he expects chairs and vice chairs to begin setting schedules by the end of this week for pre-session committee weeks that start Jan. 11. The 2021 Session will start in March.

nextLast Call for 12.2.20 — A prime-time read of what’s going down in Florida politics