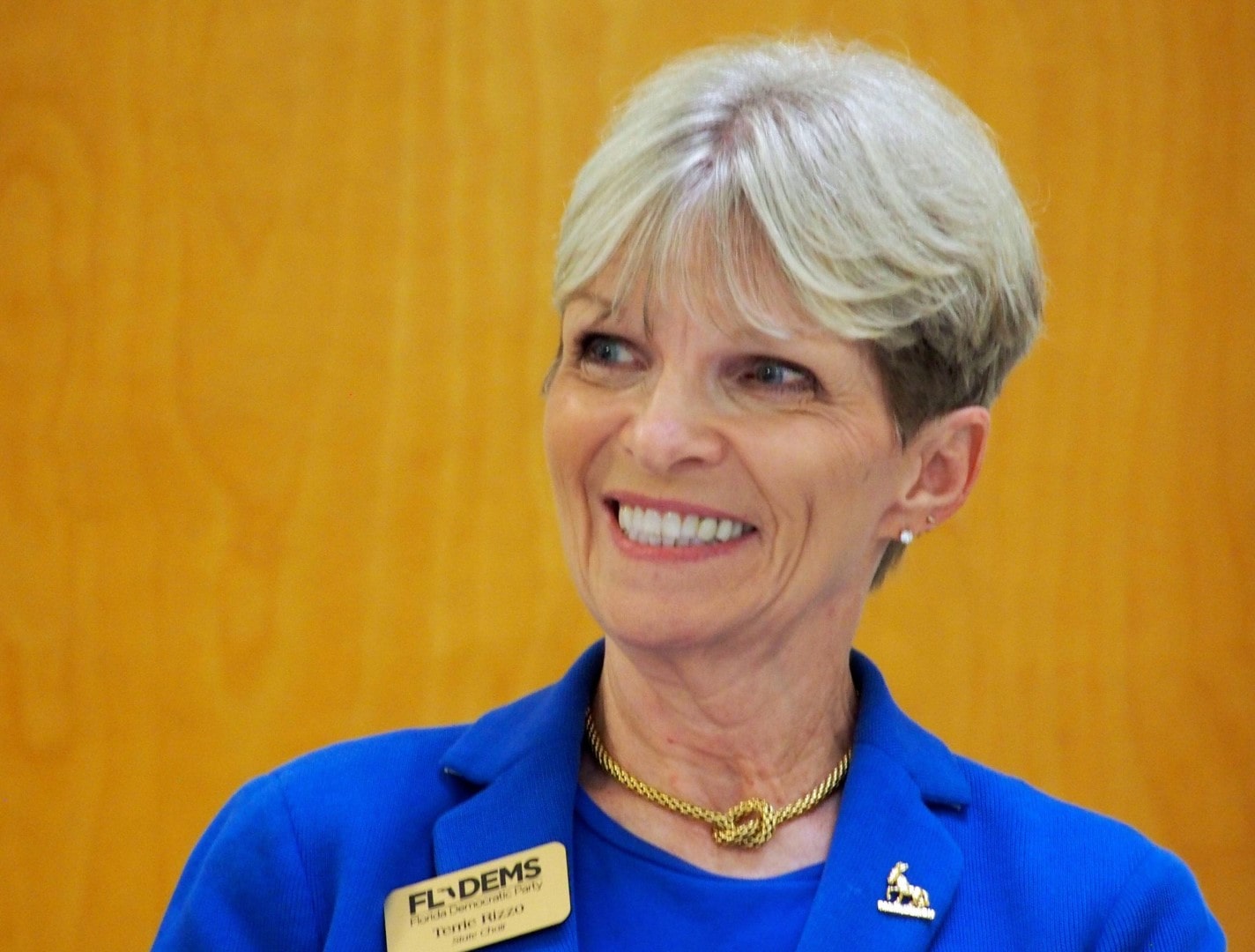 In a surprise to almost no one, Florida Democratic Party Chair Terrie Rizzo informed other party leaders late Thursday that she will not seek another term.

Rizzo’s tenure started on positive notes as the party showed strongly in the 2018 elections. That election’s results were mixed. But after the previous few years, mixed results were an improvement for Democrats. That wasn’t the case in the 2020 elections, where the results were nearly all bad for Democrats, as the party lost the presidential election, and seats in Congress, the state Senate, and the state House, in a year when its hopes were set on gaining across the board.

Candidates already have been emerging to run in January for the Democrats’ chair, whether Rizzo sought a reelection or not. Those who’ve publicly announced: former Miami Mayor Manny Diaz, and Janelle Christensen, Chair of the Democratic Environmental Caucus of Florida. Others, notably Orange County Democratic Chair Wes Hodge and former Democratic National Committee Member Nikki Barnes, are being pushed.

Rizzo, also the chair of the Palm Beach County party, won the statewide chair almost exactly three years ago, Dec. 10, 2017. The previous chair, Stephen Bittel, had been forced to resign in a scandal over reports of a hostile workplace, especially for women. Bittel had been elected just 10 months earlier.

Rizzo told party leaders late Thursday she would step aside and let them seek a new chair. However, she also indicated she plans to run again as chair of the Palm Beach County Democratic Executive Committee.

“I believe the groundwork that has been laid since I was elected three years ago is critical to long-term success and I remain as committed as ever to our mission, but after much thought and with mixed emotions, I will not run for re-election as Chairwoman of the Florida Democratic Party. And although I will not continue to serve as Chairwoman, I am confident our efforts will have lasting benefit to Democrats in 2022 and beyond,” she stated in an email.

Rizzo touted a number of accomplishments she said have made the Florida Democratic Party stronger. She said during her tenure “we have righted the ship financially, we eliminated all Party debt, and FDP moved out of our rental and purchased a forever home in Tallahassee which will save the party hundreds of thousands of dollars. We also raised a record $20 million to invest in year-round organizing, registered 100,000 new voters, enrolled another 1.4 million Democrats into vote-by-mail for the first time, and elected more than 300 local Democrats to office and our first statewide Cabinet position in two decades. “

This came after the Florida Democratic Party sought Paycheck Protection Program money last spring, accepting $800,000 that was supposed to go to small businesses. It remains unclear how the party managed that, since the program was supposed to explicitly forbid money going to political parties, and Rizzo and other party leaders have declined to explain what happened. Under heavy fire from within the party, FDP leaders returned the money to the federal government. But Republicans made the matter into a campaign issue, hammering Democrats for it in fall advertising.

The party also struggled to account for its operating expenses.

Rizzo did not address any of that, except to acknowledge “we still made mistakes.”

“But we can learn from them. And although we didn’t get everything right, I believe that we can still celebrate our progress while acknowledging and improving upon our shortcomings,” she stated.

previousFirefighters should be among first for COVID-19 vaccine, Jimmy Patronis stresses to CDC

nextLast Call for 12.3.20 — A prime-time read of what’s going down in Florida politics