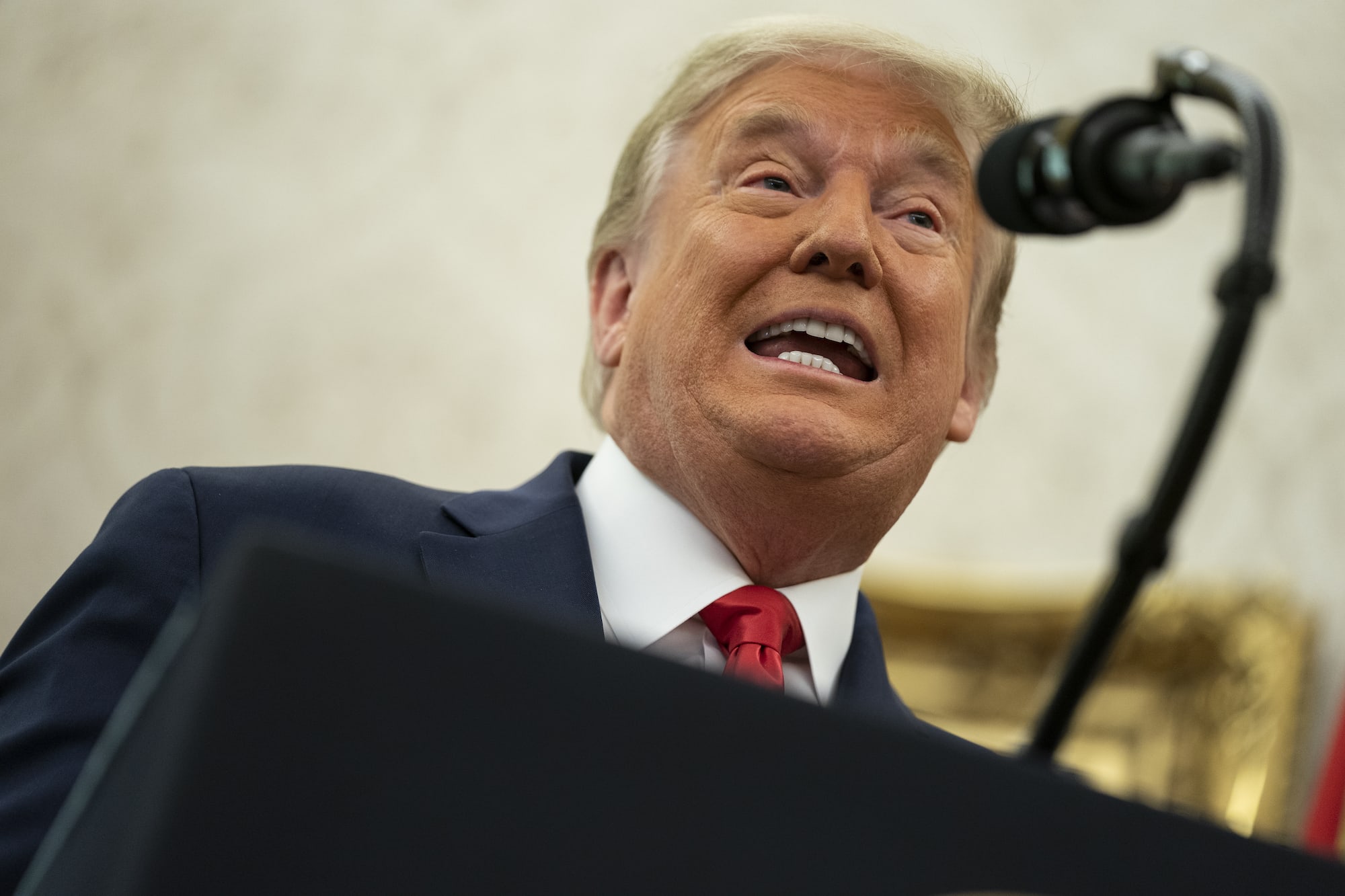 The high court has asked for responses by Thursday. Out of the roughly 50 lawsuits filed around the country contesting the Nov. 3 vote, Trump has lost more than 35 and the others are pending, according to an Associated Press tally.

The suit from the Texas attorney general, Republican Ken Paxton, demands that the 62 total Electoral College votes in Georgia, Michigan, Pennsylvania, and Wisconsin be invalidated. That’s enough, if set aside, to swing the election to Trump. Paxton’s suit repeats a litany of false, disproven and unsupported allegations about mail-in ballots and voting in the four battlegrounds.

“We will be INTERVENING in the Texas (plus many other states) case,” Trump said. “This is the big one. Our Country needs a victory!”

Legal experts dismissed Paxton’s filing as the latest and perhaps longest legal shot since Election Day, and officials in the four states sharply criticized Paxton. “I feel sorry for Texans that their tax dollars are being wasted on such a genuinely embarrassing lawsuit,” Wisconsin’s attorney general, Josh Kaul, said.

The Supreme Court, without comment Tuesday, refused to call into question the certification process in Pennsylvania. Gov. Tom Wolf already has certified Biden’s victory and the state’s 20 electors are to meet on Dec. 14 to cast their votes for the former vice president.

In any case, Biden won 306 electoral votes, so even if Pennsylvania’s results had been in doubt, he still would have more than the 270 electoral votes needed to become president.

Shortly before tweeting about joining Paxton’s case, Trump distanced himself from the Pennsylvania challenge, saying it wasn’t his. “The case everyone has been waiting for is the State’s case with Texas and numerous others joining,” he said.

Biden beat Trump by more than 80,000 votes in Pennsylvania, a state Trump had won in 2016. Most mail-in ballots were submitted by Democrats.