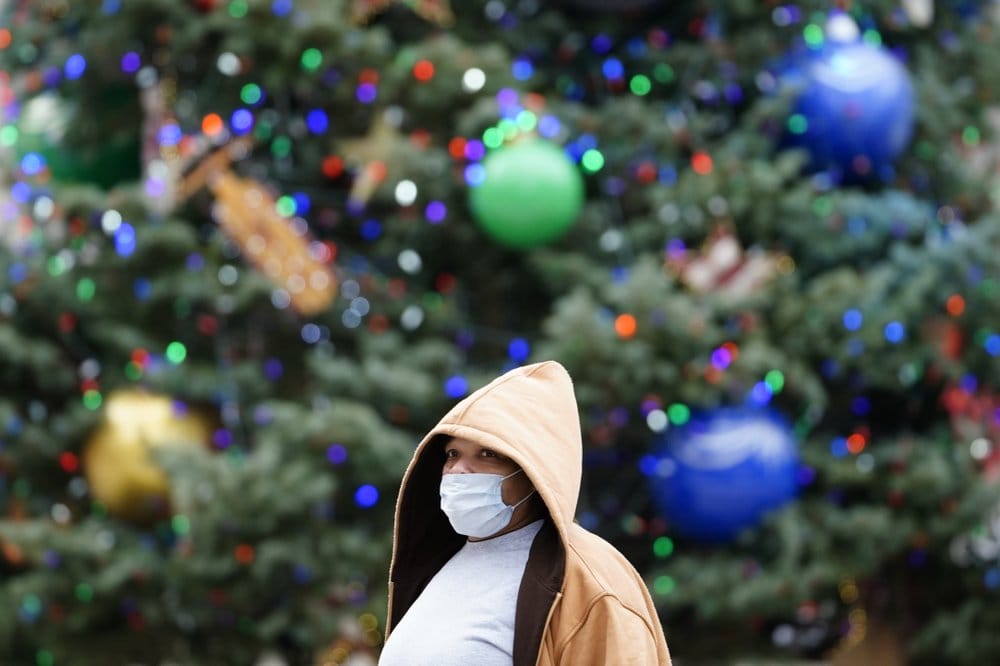 77% said they are concerned they or someone they know will get COVID-19.

About one in three American registered voters said they are not willing to be vaccinated once a COVID-19 vaccine is approved, according to a new national poll released Wednesday by Quinnipiac University.

The reluctance appears nuanced for many people, however. When the question was posed a different way, only 20% said they would never take the vaccine, while others appeared to drift into a wait-and-see category. Either way, more than 60% of the respondents said they are expecting to take the vaccine.

“When it comes time to roll up the sleeve, will Americans put their trust in the vaccine? The answer is yes, but as far as timing, there will be no rush to be first in line,” Quinnipiac University polling analyst Tim Malloy stated in a news release announcing the poll Wednesday.

The new poll finds the usual stark partisan divides on many coronavirus issues that have been observed since the start of the coronavirus crisis last spring. Democrats are far more eager to wear masks, to receive vaccines and to support community restrictions, while Republicans far more reluctant, and independents fall in between.

However, the extended and roller-coasting outbreak has convinced more Americans that the virus is serious and poses real concerns to them personally.

The new poll found 77% of respondents said they were at least somewhat concerned about getting the disease, and 74% said they or someone they know already has gotten the disease. Strong majorities were seen across all party affiliations on both questions.

Quinnipiac conducted its telephone survey nationally between Dec. 1 and Tuesday, of 978 self-identified registered voters. Quinnipiac said the poll has a margin of error of about 3 percentage points.

Among the poll’s findings:

The poll showed 80% of Democrats willing to take it, and 50% of Republicans.

— 37% said they want to take the vaccine as soon as it is available, 41% said they prefer to wait a few months, and 20% said they would never take it.

The most eager are college graduates: 55% said they would take a vaccine as soon as possible.

— 67% said the government should not make the vaccine mandatory.

— 65% expressed at least some confidence in the federal government’s ability to oversee the safety of COVID-19 vaccines.

There was very little difference of opinion on that question between parties or in any other demographic break out. The least amount of confidence [59%] showed up among registered voters who live in rural community types, and among those younger than 35.

— 40% said they expect to visit with family and friends outside their households for the holidays, and 58% said they do not expect to do so.

— 12% said it is their observation that other people in their community wear masks in public all the time, 52% said most of the time, 19% sometimes, 7% hardly ever, and 1% never.

— 12% said they think the COVID-19 situation in the United States is getting better, 57% said it’s getting worse, and 28% said it’s about the same as it has been for a while.

— 60% said they support tightening COVID-19 restrictions for bars in their community.

— 53% said they support tightening COVID-19 restrictions for indoor dining in restaurants in their community.

— 54% said they support tightening COVID-19 restrictions in gyms in their community.

There were strong partisan splits on those issues, with more than 80% of Democrats supporting each type of restriction, and more than 60% of Republicans opposing. Independent voters favored all the restrictions.

— 51% said they think it will take more than a year before the coronavirus crisis ends, 41% think it will be over in a few months, and 2% in a few weeks.

previousFirst Coast coronavirus infections have increased by nearly 5,000 in one week