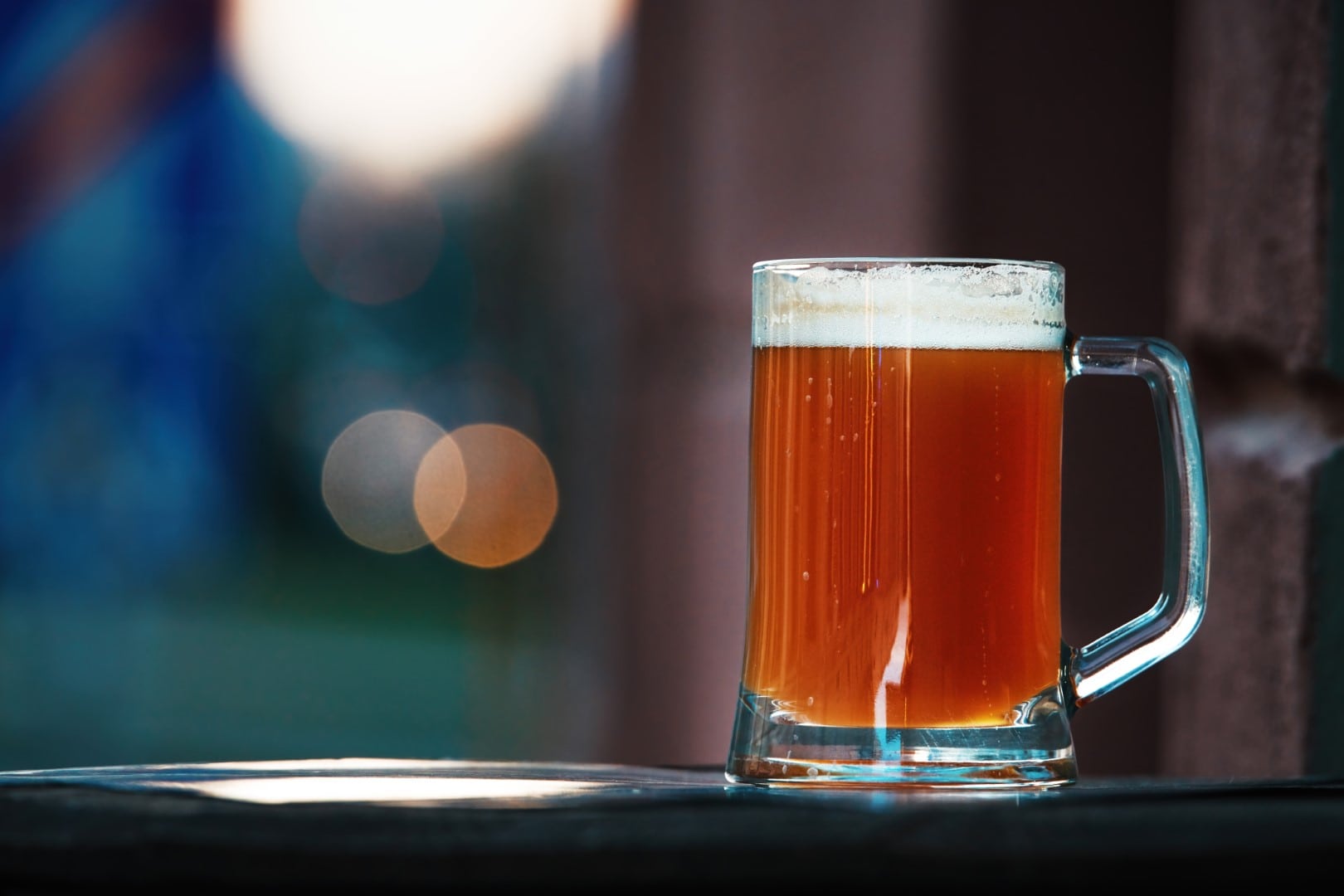 One of the first bills filed for the 2021 Session is a guaranteed crowd-pleaser.

Blame it on alcohol

It’s a sign of the times; the first bill filed by a Northeast Florida legislator may be the most popular.

Jennifer Bradley, who was elected in Senate District 5 last month to continue the work of her immediate predecessor (and husband) Rob Bradley, brought forth legislation this month that would allow for alcohol delivery from restaurants.

The attaboys from Republicans, here and in Tallahassee, abounded for the crowd-pleasing bill, a legislative piece that would memorialize an executive order from Gov. Ron DeSantis allowing for drink delivery as a response to the pandemic panic of the spring.

“To that end, and in an effort to support our restaurants [that] have been running on fumes, I plan to file a bill that allows restaurants to permanently serve mixed drinks as a takeout option,” Bradley said. “It’s been a long year; Floridians should be able to get a cosmo to-go.”

The real question here: why not?

Prescriptions, including medical cannabis, get delivered, as do drinks from package stores and other potential intoxicants besides.

The Bradleys are known for their common-sense pushes for legislation. Rob pushed to end laws banning front yard vegetable gardens. This is another one of those ideas whose time has come, and the House sponsor here will be on deck for an easy win.

A Republican state legislator from Jacksonville Beach wants Florida to join in with a challenge of state-level election results from states that went for Democrat Joe Biden in last month’s Presidential election.

“Florida should immediately join as a party to this lawsuit. The Constitution must be upheld. The lawsuit squares with the SCOTUS opinion in Bush v. Gore,” tweeted Rep. Cord Byrd this week.

Byrd linked to a Breitbart article about Texas suing four states challenging the election procedures in Georgia, Michigan, Pennsylvania and Wisconsin, saying that state-level decisions in each state were unconstitutional. Texas is appealing directly to the U.S. Supreme Court.

“Simply delusional. Cord never spoke out against White supremacy, believes in QAnon, and now he supports a meritless lawsuit that seeks to disenfranchise millions of voters because of lies and desperation from a man who lost by more than 7 million votes,” Hicks tweeted.

Notably, Byrd won by more than a two to one margin in the House District 11 race.

Former Jacksonville mayor and president of the University of North Florida John Delaney will serve as the interim president of Flagler College starting next year, the school announced Monday.

“Flagler College is a national gem and with its gorgeous historic buildings, has to be one of the prettiest campuses in the country,” Delaney said in a news release.

Delaney, who served as president of the University of North Florida for 15 years and mayor of Jacksonville for two terms, will start in July 2021.

Delaney is currently a shareholder at Jacksonville’s Rogers Towers Law firm and a principal at The Fiorentino Group (TFG), a leading government affairs and business development firm.

“I’m confident that Mr. Delaney’s background and career experiences will allow him to continue the forward momentum of the College,” said Rick Groux, Chair of Flagler’s Board of Trustees.

The Flagler College Board of Trustees has appointed a Presidential Search Committee to conduct a national search to find the next President of Flagler College. Current Flagler College President Joe Joyner announced his retirement in November and will step down at the end of the academic year.

“While we will miss him here at the firm, we know he will be a tremendous asset to the students, faculty and alumni of Flagler College,” said TFG President Marty Fiorentino. “We look forward to John’s return to the firm after his time at Flagler.”

In Jacksonville’s ongoing struggles stemming from COVID-19, a new round of potential antibody tests arrived this week to various nonprofits.

All told, 4,000 antibody tests were circulated, via Operation New Hope, to area nonprofits, with Medek Health delivering them.

“The response to this was simply overwhelming,” says Stan Van Meter, CEO, Medek Health. “It gives us tremendous joy to be able to help such a wide range of organizations and people throughout the Jacksonville area. “One of the key paths for us to bring this disease under control is active surveillance testing, and these antibody tests are the best way to test people with the least amount of expense.”

Indeed, a diverse group of companies got these tests, which could help some of Jacksonville’s most vulnerable populations know whether or not they have developed a temporary immunity to COVID-19 or not. Below, a list via Operation New Hope.

— Jericho School For Children With Autism

UF Health Shands will be among the first hospitals in the state to get COVID-19 vaccines, and hospital officials tell Action News Jax they are ready.

The vaccine, given the expected bump in diagnoses of the novel coronavirus, will not be a moment too soon.

“The vaccine is coming, but it won’t be for a couple of months,” the hospital’s head of infection prevention told Action. “We are seeing a bump in patients now that we are … past Thanksgiving.”

The vaccine could be stored in hospital freezers.

Though PPE is a worry elsewhere in the country, UF Health notes that the area’s hospital system is weathering the resource storm thus far.

Let’s hope that stays the case.

For those who don’t get enough Nate Monroe from the daily newspaper, Jacksonville Jaguars news site Big Cat Country offered an interview with the irascible columnist this week.

Some hot quotes were on offer about the team’s on-field malaise:

“The Jaguars and other supporters of this Lot J deal have talked about the team’s long drought as if it’s some sort of inconvenient ancillary issue: If the on-field performance was better, the deal would be less controversial. Well, yes! It probably would be because that’s really the point, isn’t it?”

“Why fight so hard to keep an NFL franchise if, year after year, it’s not actually fun for anyone?”

“All the alleged economic benefits an NFL franchise brings to a city are substantially smaller or outright nonexistent, when a team has been as bad as the Jaguars under Khan’s ownership.”

Monroe adds: It’s “fair to hold Khan responsible for his shambolic mismanagement of the football operations and in, say, the Premier League, he is held accountable. It is to the NFL’s great success at lobbying local officials that public subsidies for its various franchises have been totally divorced from the actual performance of the teams. It’s unheard of in the United States and would never fly with the NFL, but that doesn’t mean it doesn’t make sense to consider it on an ask like Lot J.”

The Investment In Kids program in St. Johns County got a big financial boost this week.

“The problem is that students and teachers are suffering while working extremely hard every day to obtain the tools necessary for academic success. Today’s classrooms are less likely to be equipped, so all types of learners can achieve. Educators must look to outside resources for support,” Leuders said.

There was more than $840,000 generated for INK! in 2020. The grant from the Rotary Clubs will provide the program with crucial upgrades.

“The Rotary grant presents an upgrade in technology and a vehicle trailer. This will allow our staff to focus on student and teacher needs rather than spending fruitless hours trying to work with outdated equipment or searching for a trailer to haul equipment and supplies to schools,” said Lueders.

The North Florida Land Trust has installed its new organizational officers, and the chair is a familiar face on the First Coast. Delaney was elected chair of the environmental land acquisition nonprofit, making him very busy as of late — Flagler College also appointed the former Jacksonville Mayor this week to serve as interim president (see above).

“John Delaney has been a champion for conservation for many years, and we are honored that he will guide us as chair to help us make the very best decisions for our mission and the environment,” said Jim McCarthy, president of the land trust. “I look forward to working alongside all of the officers as we continue to focus on preserving environmentally sensitive lands throughout North Florida. I would also like to welcome our newest members who each have tremendous qualities that I am sure will serve us well.”

Other new board members appointed to the environmental organization include Lisa Barton, Scott Keith, Connie McDaniel and Ted McGowan. Their service begins in January.

Flanking Delaney is David Barton, who returns as vice-chair. Ryan Switzer is the secretary, and Patrick Carney was elected treasurer.

If you drank every time you saw a shot of Gardner Minshew standing by himself on the sidelines Sunday as the Jaguars lost their umpteenth game in a row, you’d be well hydrated.

Minshew, benched because of injury, seems to be staying on the bench given his lack of disclosure of the injury to Coach Doug Marrone. That’s one part of it. The other part is that Mike Glennon is simply the better quarterback.

Glennon’s not perfect, no. A veteran, he’s a journeyman because he makes too many dumb throws. He’s not going to scare opposing defenses. But if he’d started from the beginning of the year, the team may have won a few more times.

But the point of this year was to tank, some have said.

Trevor Lawrence? Sure, in theory. But the Bengals thought they had a sure thing with Joe Burrow this year.

Burrow, on IR, will be back next year. But will he be the same?

The Jaguars are at a low ebb with the city.

While it might be fashionable to blame one or another group of politicians or perhaps ownership itself, much of the blame comes down to personnel decisions that made this year’s iteration of the Jaguars — arguably the worst in franchise history in terms of on-field performance.

previousU.N. rights chief expects U.S. will be ‘much better’ under Joe Biden

nextFirst Coast coronavirus infections have increased by nearly 5,000 in one week