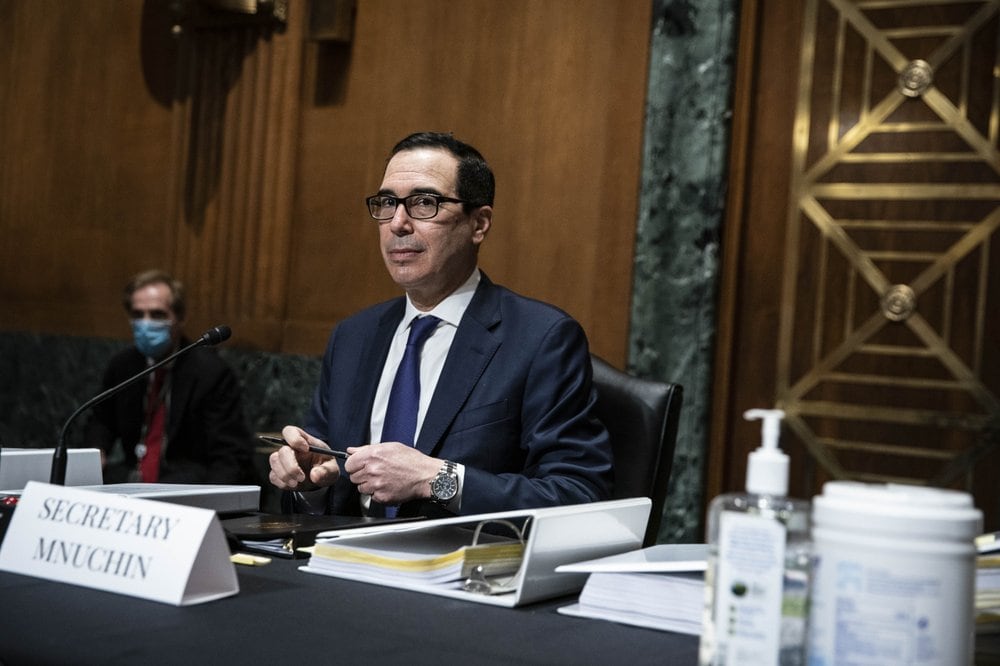 Avoiding a partial government shutdown that loomed at the end of the week has sapped some urgency from Congress.

President Donald Trump’s top negotiator on COVID-19 financial aid reported headway Thursday on a $900 billion-plus plan, citing similarities between the latest administration offer and an emerging measure from a bipartisan group of senators.

“I have had a bunch of conversations. I spoke to senators on both sides last night, this morning,” Treasury Secretary Steven Mnuchin said. “We had a very productive call yesterday with a lot of people. So I think we’re making a lot of progress.”

But a one-week extension of a potential government shutdown appears to have sapped some urgency from the talks. The only must-pass measure this week is the short-term government-wide funding bill, which was approved by the House on Wednesday and needs to clear the Senate before Friday at midnight to avert a partial closure.

That measure would give lawmakers more time to sort through the mess they created for themselves with months of fighting and posturing on pandemic aid. Deadlines, real and perceived, haven’t been sufficient to drive Washington’s factions to an agreement. The next deadline would be Dec. 18, but both House and Senate leaders say they won’t adjourn without passing an aid measure.

House Speaker Nancy Pelosi, who is sending lawmakers home with no set schedule for their return, said Congress would keep working up to or even after Christmas to get an agreement. The new Congress is being sworn in on Jan. 3.

“Now if we need more time then we take more time, but we have to have a bill and we cannot go home without it,” the California Democrat said Thursday. She also gave an upbeat assessment on the talks.

Republicans say the right people to handle final negotiations are the four leaders of Congress and the Trump administration, with the focus on a proposal by Senate Majority Leader Mitch McConnell to eliminate a Democratic demand for $160 billion or so in assistance for state and local governments.

Top Democrats are placing their bets on a bipartisan group of senators trying to iron out a $908 billion package. That group is getting no encouragement from the Kentucky Republican, but members are claiming progress on perhaps the most contentious item: a McConnell demand to give businesses and other organizations protections against COVID-19-related lawsuits.

The Trump administration is back in the middle of the negotiations with a $916 billion plan. It would send a $600 direct payment to most Americans but eliminate a $300-per-week employment benefit favored by the bipartisan group of Senate negotiators.

The offer has the endorsement of the top House Republican and apparent backing from McConnell, who had previously favored a $519 billion GOP plan that has already failed twice. But Democrats immediately blasted the plan over the administration’s refusal to back the partial restoration, to $300 per week, of bonus pandemic jobless benefits that lapsed in August.

President-elect Joe Biden is pressing for as much pandemic relief as possible, though he’s not directly involved in the talks. McConnell, like Pelosi, says Congress will not adjourn without providing the long-overdue COVID-19 relief. The pressure to deliver is intense; all sides say failure isn’t an option.

The bipartisan negotiating group — led by Democratic Sen. Joe Manchin of West Virginia and GOP Sens. Susan Collins of Maine and Lisa Murkowski of Alaska, among others — is seeking to rally lawmakers behind the $908 billion framework that includes the $300-per-week pandemic jobless benefit and $160 billion for states and local governments.

It also includes a four-month extension of jobless benefits set to expire at the end of the month, $300 billion for “paycheck protection” subsidies for struggling businesses, funding for vaccines and testing, and a host of smaller items such as aid to transit systems, the U.S. Postal Service and health care providers.

previousU.S. experts convene to decide whether to OK Pfizer vaccine

nextUF career center ranked No. 2 in the country by Best Colleges