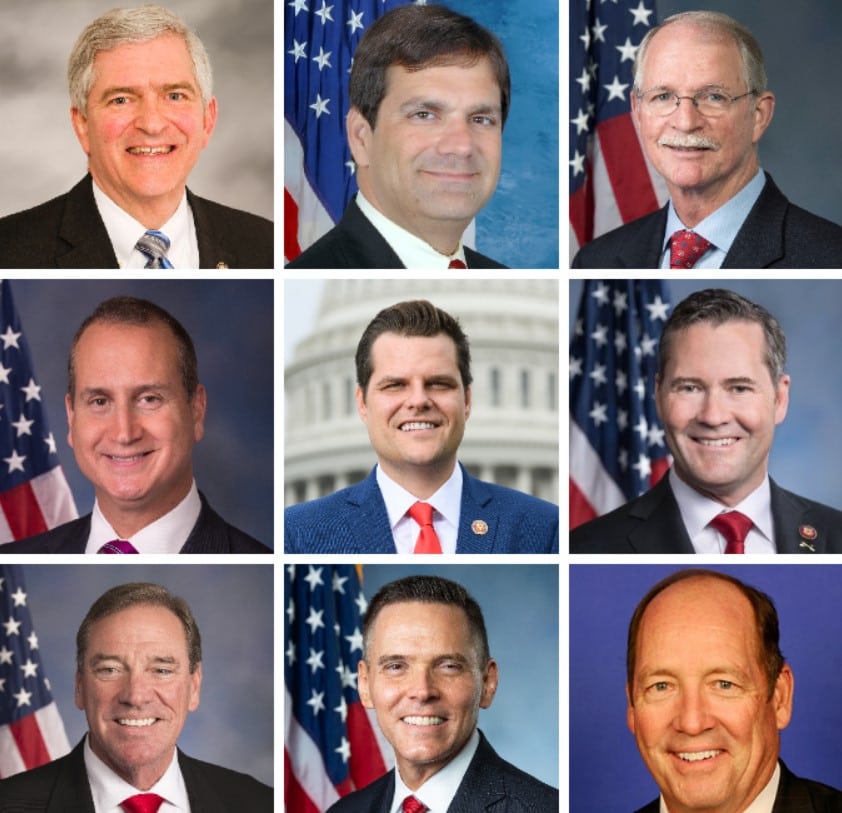 Rep. Mike Johnson, a Louisiana Republican, emailed every Republican member of Congress looking for support for such a brief, filed directly to the U.S. Supreme Court by Texas Attorney General Ken Paxton.

He ultimately won over 106 members of the House, all of whom are listed on a brief filed with the U.S. Supreme Court on Thursday. The Hill’s Supreme Court reporter, John Kruzel, tweeted an image of the original list of signatories.

That’s a majority of the 14 Republicans representing Florida in the House.

“President Trump called me this morning to let me know how much he appreciates the amicus brief we are filing on behalf of Members of Congress,” Johnson tweeted. “Indeed, ‘this is the big one!'”

Webster released a statement suggesting it’s appropriate for election disputes to go the Supreme Court, as occurred when Democrat Al Gore pushed for further recounts of Florida’s election result in 2000. Webster served in the Florida Senate at the time.

“We are a nation of laws and order. We must ensure a constitutionally approved process was conducted and all valid claims are properly addressed,” Webster said. “As I said last month, President Trump has the right to take legal action and request recounts to ensure every and only legally cast ballots are counted. Twenty years ago, the news media projected the wrong winner in Florida, and it was about a month before official results of the 2000 Presidential Election were known. Free and fair elections are the bedrock of our republic and it is always right to fight to uphold the constitution when a serious question arises.”

The amicus brief came a day after Florida Attorney General Ashley Moody joined an amicus brief with other Republican Attorneys General in support of Paxton’s lawsuit.

Waltz praised the move at the time on Twitter. “Free and fair elections are the foundation of our Republic. We must fight to protect their integrity. Right move by Attorney General Ashley Moody in urging the Supreme Court to consider Texas’s motion to ensure the 2020 election was fairly reviewed and decided.”

The Paxton suit itself relies on many accusations of voter fraud that have been dismissed in court or publicly debunked. Attorneys for Trump have declined to present evidence in previous federal court cases.

Meanwhile, Trump has voiced support for a special counsel into election fraud around the 2020 election. “Great. Most corrupt Election in history, by far. We won!!!” Trump tweeted on Thursday.

But U.S. Attorney General Bill Barr has made clear the Justice Department has not uncovered evidence of widespread voter fraud that would change the outcome of the election.

The Paxton lawsuit seeks to nullify election results in Georgia, Michigan, Pennsylvania and Wisconsin. Those states collectively represent 62 electoral votes, which would bring Biden’s total down to 244. That’s still more than the 232 won by Trump, but without a majority, the decision on who won the election would go to Congress, where state congressional delegations would determine the outcome.

previousLoss of 'snowbirds' amid pandemic another hit to U.S. tourism

nextWinner and Loser of the Week in Florida politics — Week of December 6, 2020