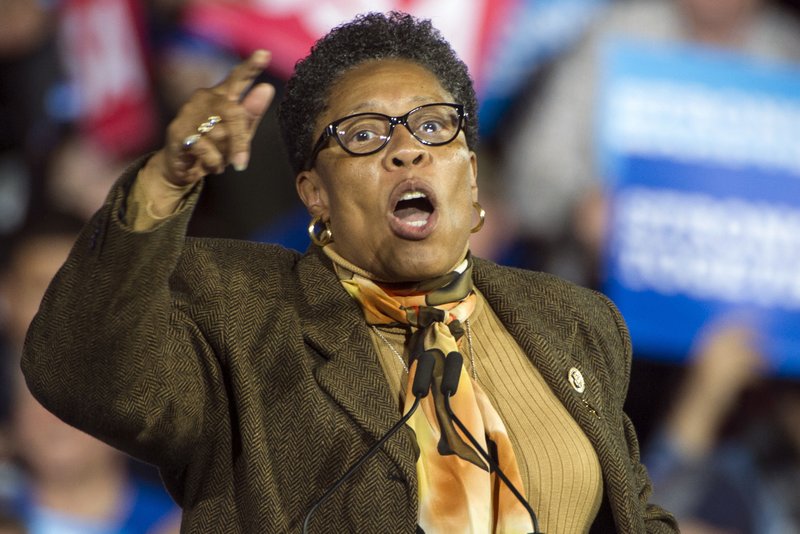 So many asks, so few Cabinet slots.

On Friday, Biden announced Fudge, a prominent Black congresswoman from Ohio, was his nominee for that very role. She was introduced alongside Biden’s pick for the job she initially sought, head of the Agriculture Department. That went instead to Tom Vilsack, a 70-year-old white man who already spent eight years in the position during the Obama administration.

Those nominations highlight the competing priorities Biden is facing as he fills out the top ranks of his administration. He’s pledged to nominate the most diverse Cabinet in history and restore experience at beleaguered federal agencies. He’s seeking to reward loyalists who have stood with him throughout his lengthy career and give opportunities to new voices in the Democratic Party.

Each of his nominees has to win confirmation in a narrowly divided Senate that could be controlled by Republicans, depending on who wins two runoff races in Georgia next month. The GOP has barely acknowledged Biden’s victory so the cooperation of its senators in the confirmation process is far from certain.

“There’s a lot of pressure, and part of the reason you saw such big turnout is that people are eager for change from the Trump years,” said Democratic strategist Karen Finney. “That creates a lot of high expectations.”

The challenge won’t get easier. Biden is facing a decision on attorney general that will come under intense scrutiny from Black leaders, who want someone with a background in civil rights advocacy, and Republicans who are demanding political independence as Biden’s son, Hunter, faces a federal investigation into his finances.

Some of those tensions emerged last week during a meeting between Biden and civil rights leaders who pressed the incoming president to diversify his Cabinet and warned about the Vilsack pick in particular. Vilsack has been criticized for the firing of department official Shirley Sherrod, who is Black, during his last stint at the USDA, a move he later apologized for.

“Vilsack could have a disastrous effect on voters in the state of Georgia,” NAACP President Derrick Johnson told Biden during the meeting, which was private.

Audio was leaked to The Intercept, which released excerpts.

Biden bristled at such concern, saying, “Let’s get something straight, you shouldn’t be upset.”

“What I’ve done so far is more than what anyone else has done this far,” he added. “I mean what I say.”

The president-elect has several more Cabinet posts to fill, and has made history with some of his early selections. He nominated retired Army Gen. Lloyd Austin to be the first Black person to lead the Pentagon, while picking California Attorney General Xavier Becerra to be the first Latino to lead the Health and Human Services Department. His nominee for U.S. trade envoy, Katherine Tai, was born in Connecticut to Taiwanese parents.

But those choices were announced after African Americans, Latinos and Asian Americans in Congress voiced concerns that their perspectives may not be fully represented in the new administration. Some nominees will face other hurdles, most notably Austin who needs a waiver to fill the civilian role leading the Pentagon. That’s a step some Democrats have historically opposed.

Biden could further diversify his Cabinet by picking Rep. Deb Haaland of New Mexico as the first Native American interior secretary, giving her authority over a powerful agency that oversees the nation’s tribes. But doing so would further erode the razor thin Democratic majority in the House, something Biden can ill afford considering the party’s tenuous standing in the Senate.

There’s particular frustration that, until Tai’s nomination, there was no one of Asian descent in a Cabinet-level secretary position. California Rep. Judy Chu, the chair of the Congressional Asian Pacific American Caucus, said she suggested senior roles for Asian Americans during the campaign and transition, only for action to come at the last minute.

“We tried to work collaboratively during the campaign,” Chu said. “That’s why we are worried.”

One prominent feature of Biden’s picks so far: deep ties to the Obama administration. That includes ex-White House chief of staff Denis McDonough as secretary of the Department of Veterans Affairs and former U.N. ambassador and national security adviser Susan Rice as director of the White House Domestic Policy Council.

Biden’s team has said long government experience is paramount at a time when the country is facing a historic pandemic and economic uncertainty. But other Democrats are urging him to blend those familiar faces with newer voices.

“We have some people who’ve been in the Cabinet before — there’s a role for those people, especially in a crisis like this, they have the knowledge — but it’s important to be adding voices and lifting up the next generation of leaders,” said Rep. Katie Porter, a California Democrat.

Rep. Alexandria Ocasio-Cortez, a New York Democrat, also voiced concern that there was no cohesive vision emerging from Biden’s slate of advisers.

“We can wrestle about whether they are bold enough or ambitious enough, especially given the uncertainty and what kind of Senate we’re going to have,” Ocasio-Cortez said. “But aside from that, I think one of the things I’m looking for, when I see all of these picks together, is: What is the agenda? What is the overall vision going to be?”

But some progressive leaders, including Sens. Elizabeth Warren and Bernie Sanders, seem unlikely to land in the Cabinet, given the transition team’s concerns about poaching from Democrats’ ranks in the Senate. That’s left some activists worried that the administration won’t live up to its campaign promises to the party’s left flank.

“I think there are some red flags or, in this case, some discouraging blue flags,” said Norman Solomon, national director of the progressive activist group RootsAction.

Solomon said progressive groups are prepared to organize to try and block the nomination of Biden’s pick for director of the Office of Management and Budget, Indian-American Neera Tanden, because of her past antagonism toward Sanders. They also oppose many of Biden’s picks from the Democratic establishment, including incoming senior adviser Cedric Richmond, a Louisiana congressman with close ties to oil and gas companies active in his energy-rich district.

“What will ultimately impact the success of the Biden presidency is his ability to build a team that is qualified, tested, and that he is comfortable taking advice and counsel from,” Colburn said. “You have to assess these picks in context of the long game.”

nextNo playoffs this year, but Jacksonville Jaguars will win in January