Economists: Florida has another $4B to spend next year due to federal funds, booming economy 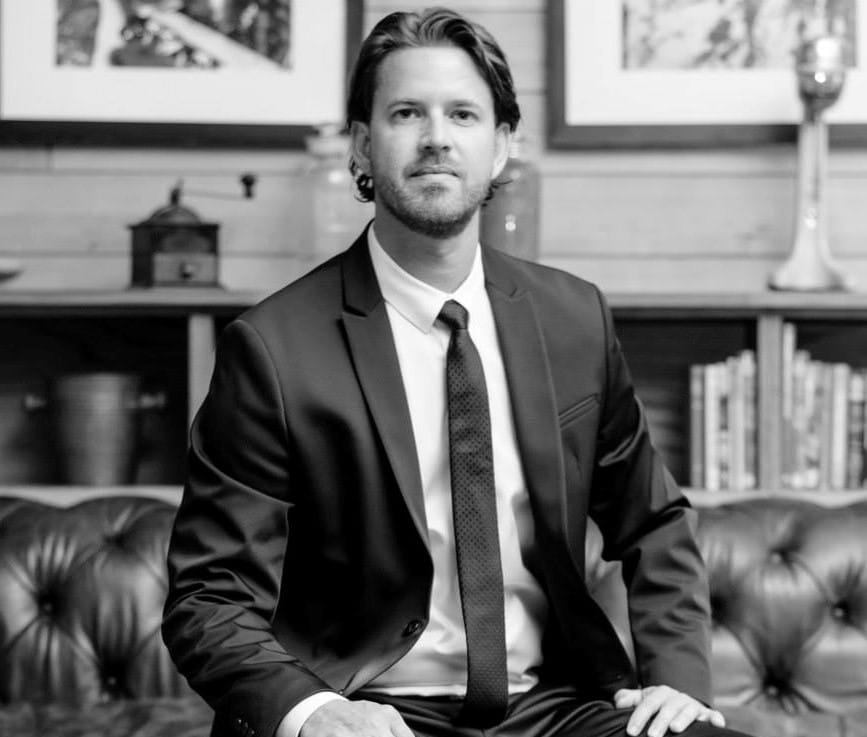 Here's what cities should be prepared for.

EffectiveAgents.com is a St. Petersburg-based tech company that was born during the mortgage crisis of 2009 as a solution to finding the best agents to buy or sell real estate when everything seemed immovable.

Today the company is responsible for transacting billions of dollars annually with a keen awareness of data driving current real estate market trends.

Kevin Stuteville is the founder of EffectiveAgents.com; he developed a proprietary algorithm to identify the top 1% of Realtors in any market nationwide to refer to potential buyers and sellers. His was the first data-driven agent referral system selecting Realtors on their actual performance measures, using key quantitative and qualitative data.

Grounded in a background of data analysis, Stuteville is a wellspring of real estate knowledge, analyzing up-to-date information regularly. He also has a keen understanding of how certain data trends translate to real life. When asked about some current trends he would like to share, he offered up two key points.

“The first thing of note is that there is this overwhelming COVID trend; no one knew that housing would become so important. There are many unintended consequences as rising home values are causing the tax revenue for municipalities to boom. This is also going to cause some housing insecurity issues,” he said.

“Then, in large cities where you have a lot of renters that are now priced out of the purchase market, plus now many are working in industries that are at high risk of job loss and underemployment, like hospitality and many small businesses. Many of these individuals and their families are going to potentially become homeless, and we need to take a hard look at our responsibility as communities and municipalities here.

“These are issues that municipalities need to start to confront, and if they can get out ahead of some of these issues, I think they’ll be well served. These aren’t long-term problems. They’re going to be short-term problems as the economy and job market stabilizes again; I’m talking maybe a two- to three-year time horizon at most,” he continued.

“Many municipalities should consider using some of their additional revenue from property taxes to offset some of the unintended consequences of the real estate boom. In other words, allocate the surplus in tax revenue to affordable housing and homeless prevention measures to best serve their community.

“Specifically, municipalities need to look at their budgets and determine how big of a lift they’ve gotten in revenue because of home value appreciation and property tax increases. Then, they need to set aside a special budget for these pending issues.

“With the eviction ban lifting, many renters are in industries that have been hit the hardest by COVID, which will result in mass numbers of homeless in the near future. These are issues that are confronting pretty much every community in the United States.”

“Data show that municipalities, usually in urban areas, are holding onto surplus property, and they customarily have a wildly inefficient way of managing the sale of it. Over the last decade, there have been many instances where we’ve been tasked with disposing of properties for large financial institutions and governments, and that process seemed to be a huge benefit to all involved in terms of eliminating any perception of impropriety and also ensuring the best value for the transaction,” Stuteville said.

“Also, those situations are ripe for agents who are selected based on nepotism and favoritism, or it goes to an open request for quotes or proposals without any real strategy to ensure they’re getting a fair, competitive value.

“In fact, when governments have lands available for sale, by most state law, they’re supposed to take the highest bid, but in an RFQ or RFP process, they’re not using efficient markets. They post their request for bids on their website and possibly send out an email blast, creating a greatly diminished buyer pool.

“In my opinion, municipalities would be far better off utilizing our platform to sell surplus properties. It does a couple of things — it eliminates the potential for that favoritism to occur when selecting an agent, ensuring a completely unbiased agent selection process based on agent performance.

“Next, it puts the transaction into the hands of a capable agent who is going to properly market and sell the property for the highest and best potential price. Municipalities can also take the opportunity to set their rate on what they’re willing to pay for competent agents to settle a transaction for them,” he concluded.

While EffectiveAgents.com has been around for 10 years as a tech firm, the seed idea for the company was established out of sheer desperation when Stuteville’s stepfather died, leaving his mother struggling.

She had a home that she needed to sell quickly, but in 2009, the mortgage crisis left the real estate market stagnant. After trying several agents to no avail, Stuteville stepped in to help his mother with the only weapon in his arsenal — a keen understanding of the value of data.

Stuteville knew that he needed to find the right Realtor to sell his mother’s home, and he realized that he needed to identify the top performers in the then-bleak market, understanding that these agents had the formula to success. Kevin’s background was in finance, particularly analyzing investment portfolios, so his mind fixated on the qualitative measures that would predict the success of an agent similar to how we would read data to predict the success of an investment.

In the decade since its founding, EffectiveAgents.com has become one of the largest real estate brokerages in the US.

“We’re successful because the average real estate agent isn’t very good at their job, which is to say that we are flooded with part-time agents who don’t take the job very seriously and view it as more of a side gig than a true profession. However, those same people do manage to attract a large number of transactions as a whole while individually they’re not very experienced and tend not to produce the best outcomes,” Stuteville said.

“And when you have a large cohort of people, in this case we’re talking over 1.4 million real Realtors across the United States that are licensed and actively engaged members of the National Association of Realtors. When you have that many people competing against each other, many of which are only part-time, many clients end up having negative experiences with their agents.

“On average, only 30% of people that hired a real estate agent said that they would rehire the same agent. That means 70% of consumers are dissatisfied with their experience with their agent,” said Stuteville.

He pointed out that the most talented Realtors are dominating the market, leveraging their time with technology and tools that are accelerating their success, leaving the part-timers and less motivated agents way behind in numbers of transactions and in the value of those transactions.

“Not only do top agents make far more sales than other agents,” said Stuteville, “they tend to negotiate better deals, benefiting their clients fiscally.”

EffectiveAgents.com has focused some of their efforts on strategic partnerships, and a number of these include philanthropic endeavors, including the American Cancer Society, Habitat for Humanity and the American Red Cross.

The leadership at EffectiveAgents.com understands that, especially in the wake of COVID-19, donations to causes such as fighting cancer, raising resources for housing initiatives and emergency medical care have plummeted. Therefore, they have developed a system that goes beyond platitudes and buzz words like “corporate giving” and “conscious capitalism” and have allocated donations based on the value of each real estate transaction generated through their system.

“This provides a sustainable stream of donated funds that benefit charities that partner with us,” said Stuteville. “Instead of merely writing a check for an allotted tax-deductible amount each fiscal year, we have developed a system that will donate an amount commensurate with the transaction value after the closing on a property when individuals engage with our company through a charity’s portal. This allows us to donate significantly more money in perpetuity to benefit partner charities.”

The company is forging partnerships with for profit corporations, also, with a significant benefit to their customer or member base such as gift cards and discounts based on the price per transaction completed.

“We are best able to help clients buy and sell real estate with top performing agents who have high customer service ratings and who negotiate the best deals when we operate at scale, and we truly value having the opportunity to partner with other companies and organizations for a collective benefit,” said Stutevelle. “We’re looking forward to forging more of these partnerships in the very near future.”

Prior to Stuteville developing the EffectiveAgents.com concept, nothing like it existed in the market. At best, people looking for a real estate agent would find a directory of Realtors with no discernible or reliable rankings. In many cases, these people would get a recommendation for a Realtor from someone they knew, but there’s no guarantee that the agent recommended was actually a top performer with the best chances of success.

“Say, for example, a person inherited a property in another state. They don’t know anyone in that state, so they go online and start to do research. They’ll typically type in a search for, ‘Who’s the best Realtor in this ZIP code?’” said Stuteville. “They’re asking Google and Bing these questions. Until we existed, there was really no way to find a quality agent based on any sort of qualitative or quantitative analysis. The National Association of Realtors and other online agent resources, you could pull up a list of agents online, but there was no way to sort them to determine who might be best, how many transactions they’ve closed, et cetera.”

Stuteville described how the development of the proprietary algorithm EffectiveAgents.com uses to determine top Realtors by drawing a parallel to his time working at UBS, the financial services company. He thought about the decision-making process involved with investing in an agent similarly to financial investments.

“I would sit and read prospectuses for hours, and we would filter through investments for people. When you talk about selecting an investment, it’s a really simple process to look at the past performance, holdings and predict how it’s going to perform in the future. You can see there are many wonderful, beautiful things in the data, which can help you determine how volatile is this investment compared to the index?” said Stuteville. “The data tell a story that you can really understand and that can drive quite accurate predictions.”

“I applied some of that same logic to the agent selection process, because fundamentally when you’re talking about moving mass quantities of money through real estate, even a minor change in a scenario can impact the transaction outcome by tens of thousands or hundreds of thousands of dollars,” Stuteville continued.

When asked for an example, Stuteville said EffectiveAgents.com will be rolling out a display on their Realtor rankings that will show the percentage of time that the agent beats the estimated home value and the average beat.

“So, let’s say that Tom Smith beats the estimated home value 75% of the time for an average beat of $22,000. We are going to reveal this on our site, and that will render on our site in about two weeks,” Stuteville said.

Effective real estate transactions go beyond just the quantity of properties bought or sold — it’s about the details, the experience and the value of the deals that close.

For more information on EffectiveAgents.com and partnership opportunities for your nonprofit or corporation, you can contact PT Collins at [email protected].