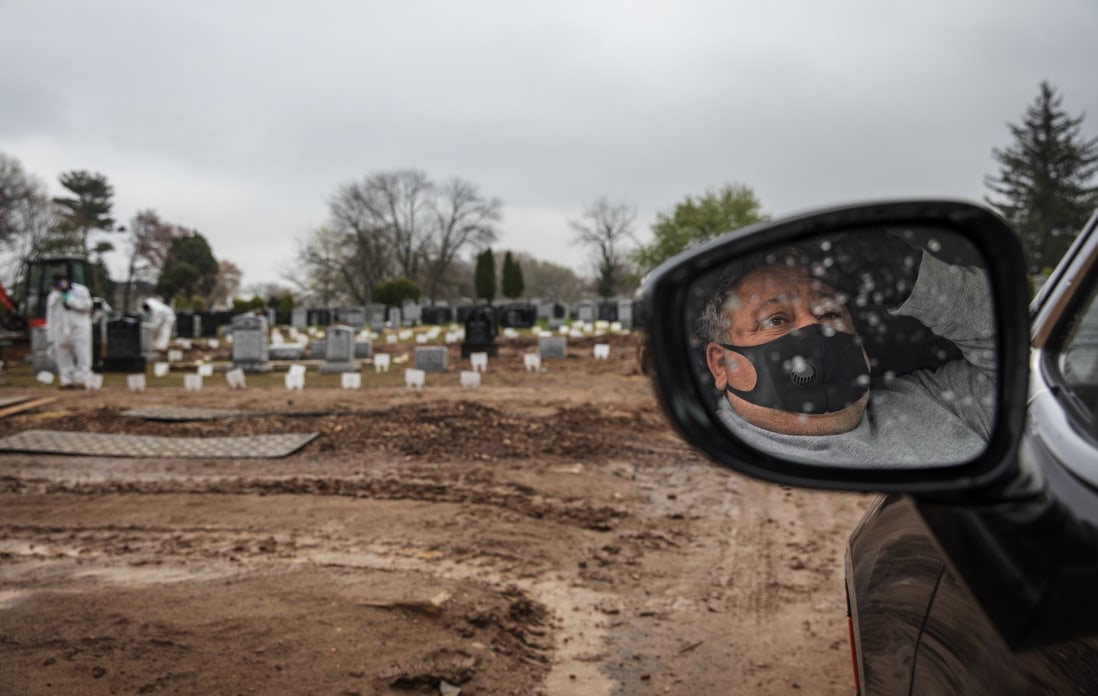 Month after dismal month, Americans have been inundated by an ever-rising tide of devastating numbers. Hundreds of thousands of deaths. Tens of million unemployed.

Those numbers testify to a historic tragedy. But they don’t fully capture the multitude of ways, large and small, that the virus has upended and reconfigured everyday life in the U.S.

For that, there are a host of other numbers. Some may be less familiar than others, yet all are just as telling in calculating the pandemic’s sweeping impact:

— Miles that Americans did not drive because they were unemployed, working or studying from home and traveling less: 35.3 billion (through August)

— School lunches and breakfasts that went unserved in March and April after schools were closed: 400 million

— Number of people participating in meetings on Zoom each day last December: 10 million

— Number of people participating daily in Zoom meetings by the end of March: 300 million

— Employment rate of low-wage workers as the year nears its end, compared to January: down 20.3 percent

— Employment rate of high-wage workers compared to January: up 0.2 percent

— Share of small businesses that are still closed even as the U.S. economy has reopened: 28.8 percent

— Drop in the number of passengers traveling on U.S. domestic flights this spring: 272.01 million, a decline of 76 percent (March to July, compared to the same period in 2019).

— Dollars the international airline industry has lost this year: $118.5 billion

— Number of TSA screening agents who have tested positive for COVID: 3,575

— Number of people who went to a New York Broadway show during the first week of March: 253,453

— Number of people who have been to a Broadway show since mid-March: 0

— Number of jobs lost at New York City restaurants and bars between February and April: 233,751

— Number of jobs regained at New York City restaurants and bars from April through September: 89,559

— People who applied for a job at Amazon.com in a single week, after the online retailer announced a hiring fair to keep up with skyrocketing orders: 384,000

— Americans’ spending on restaurants and hotels, compared to January: down 36.6 percent

— Americans’ spending on transportation, compared to January: down 50.9 percent

— Americans’ spending on entertainment and recreation, compared to January: down 64.3 percent

— Americans’ spending on groceries, compared to January: down 2.7 percent

— Total sales of alcoholic beverages during the pandemic: $62.5 billion, up 21.8 percent

— Online sales of alcohol in September compared to a year ago: up 256 percent

— Sales of tequila for home consumption in September and October, compared to a year ago: up 56 percent

— Production increase in bottles of Purell hand sanitizer this year: up 300 percent

— Dentists who closed their offices entirely, or to all but emergency patients, in April: 97.1 percent

— Dentists whose offices have reopened, but with fewer patients than usual: 65.6 percent

— Dentists who say they are seeing more patients who grind their teeth, usually an indicator of stress: 59.4 percent

— Fans who attended those games: 0