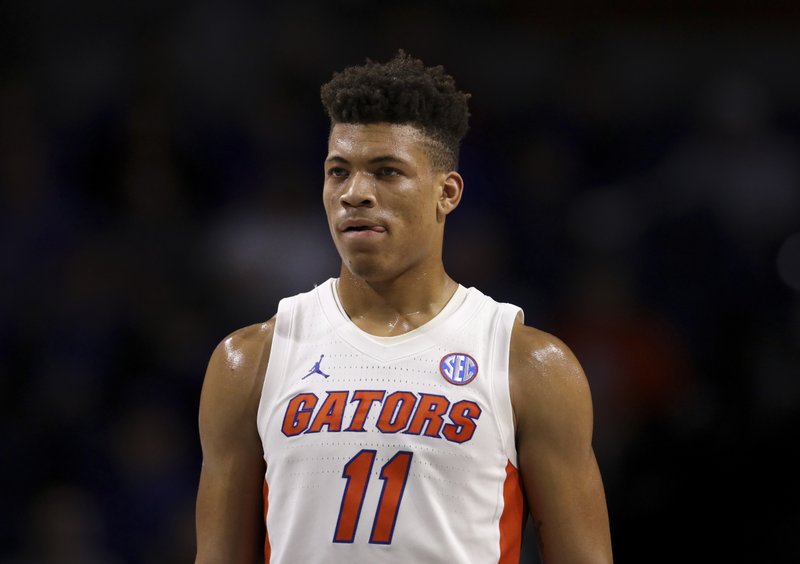 He collapsed on the court during a game at Florida State on Saturday.

Florida forward Keyontae Johnson is speaking with family members and doctors and was even able to FaceTime his teammates Tuesday, his parents said in a statement released by the school.

Nika and Marrecus Johnson added that they “feel so much love and support from everyone.”

“We’re beyond grateful for the care and attention that Keyontae has received throughout these past several days,” they said.

Johnson remains in stable condition at UF Health. He collapsed on the court during a game at Florida State on Saturday. He was moved to Gainesville via helicopter Monday with his mother by his side.

“We will continue to share updates about Keyontae’s health and progress,” his parents said. “We have seen how much people love and care for him. We hope people recognize that information that doesn’t come from us or the athletic department may not be accurate.

“We are working closely with Keyontae’s doctors and the UAA to provide information to everyone who cares so deeply about Keyontae and has been praying for him.”

USA Today on Monday quoted Johnson’s grandfather, Larry DeJarnett, as saying the player had been in a medically induced coma.

The Southeastern Conference’s preseason player of the year crumpled to the floor coming out a timeout and received emergency medical attention. He was moved to a stretcher and carried to a waiting ambulance as teammates, coaches, staff, fans and others watched in disbelief.

ESPN declined to show video of the incident. According to witnesses, Johnson was standing and suddenly fell forward and landed on his face. His eyes were open and he had blood on his face and neck, according to photos obtained by The Gainesville Sun.

Like many of his Florida teammates, Johnson tested positive for COVID-19 during the summer. Although the cause of Johnson’s collapse has not been revealed, the coronavirus can lead to myocarditis, a viral infection of the heart muscle. At its most severe, myocarditis can lead to sudden cardiac arrest and has been a documented cause of death for young, otherwise healthy athletes.

The SEC mandates strict protocols, including rigorous heart testing, before players can be cleared to return to play following positive COVID-19 tests.

nextThe 2020 pandemic on U.S.A. culture by the numbers