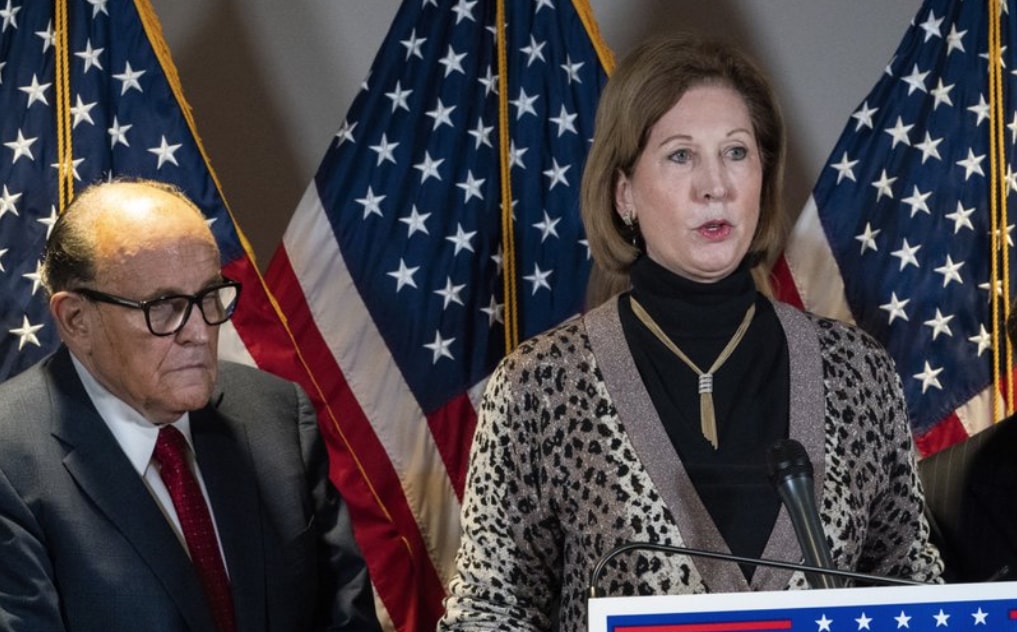 President Donald Trump floated naming lawyer Sidney Powell, who was booted from his campaign’s legal team after pushing unfounded conspiracy theories, as a special counsel investigating allegations of voter fraud as he grasps for straws to stay in power.

During a Friday meeting at the White House, Trump went as far as discussing getting Powell security clearance, according to two people familiar with the meeting, who spoke on condition of anonymity to discuss the private conversation.

That Trump is even entertaining the idea of installing Powell underscores the increasingly desperate steps he has been weighing as he tries to reverse the results of the Nov 3. election, which he lost to Democrat Joe Biden. Trump has been entertaining conspiracy theories and outlandish schemes to try to remain in office, egged on by allies like former national security adviser Michael Flynn and former New York Mayor Rudy Giuliani, the president’s personal attorney.

It is unclear whether Trump intends to try to move forward with the effort to install Powell. Under federal law, the U.S. attorney general, not the president, is responsible for appointing special counsels. And numerous Republicans, from outgoing Attorney General William Barr to governors and state election officials, have said over and over again that there is no evidence of the kind of mass voter fraud that Trump has been baselessly alleging in the weeks since he lost. The Friday meeting was first reported by The New York Times.

In addition to losing the popular vote by more than 7 million votes, Trump lost the Electoral College decisively to Biden, 306 electoral votes to 232.

Trump’s campaign and his allies have now filed roughly 50 lawsuits alleging widespread voting fraud and almost all have been dismissed or dropped. Trump has lost before judges of both political parties, including some he appointed, and some of the strongest rebukes have come from conservative Republicans. The Supreme Court has also refused to take up two cases — decisions that Trump has scorned.

With no further tenable legal recourse, Trump has been fuming and peppering allies for options as he refuses to accept his loss.

That includes Giuliani, who during the Friday meeting pushed Trump to seize voting machines in his hunt for evidence of fraud. The Department of Homeland Security made clear, however, that it had no authority to do so. It is also unclear what that would accomplish.

Barr told The Associated Press in an interview earlier this month that the Departments of Justice and Homeland Security have looked into claims that voting machines “were programmed essentially to skew the election results … and so far, we haven’t seen anything to substantiate that.” Paper ballots are also retained under federal law and have been used to verify results, including in Georgia, which performed two audits of the vote tally using paper-ballot backups.

Flynn, whom Trump recently pardoned for lying to the FBI, went even further, suggesting Trump could impose martial law and use the military to re-run the election. Trump’s chief of staff, Mark Meadows, and White House counsel Pat Cipollone, voiced their objections, the people familiar with the meeting said.

Powell was initially part of the president’s campaign legal team, but was booted after a bizarre news conference with Giuliani in which she made a series of outlandish claims of election fraud, including an assertion that election software was created in Venezuela “at the direction of Hugo Chavez” — the Venezuelan president who died in 2013.

In interviews and appearances, Powell continued to make misleading statements about the voting process, unfurled unsupported and complex conspiracy theories involving communist regimes and vowed to “blow up” Georgia with a “biblical” court filing.

Trump’s team soon announced it had cut ties with Powell. “She is not a member of the Trump Legal Team. She is also not a lawyer for the President in his personal capacity,” Giuliani and another Trump lawyer, Jenna Ellis, said in a statement.

Dominion Voting Systems, a particular target of Powell’s, has also demanded she retract the “wild” and “knowingly baseless” claims she has made about the voting machine company and threatened a defamation lawsuit.

Since parting ways with the campaign, Powell has continued to file litigation on Trump’s behalf, teaming up with conservative attorney L. Lin Wood in Georgia.

Powell and the White House did not respond to requests for comment Saturday.