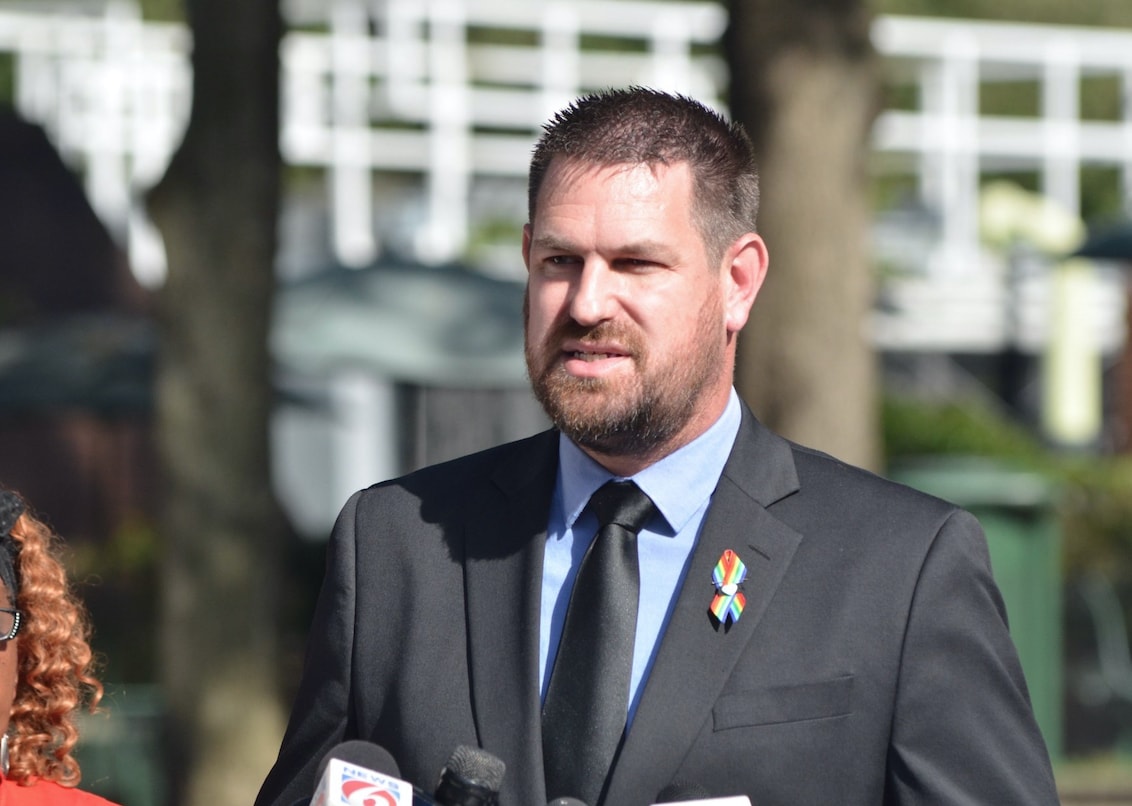 Hodge is calling for greater party transparency and a massive structural overhaul.

Orange County Democratic Chair Wes Hodge, who oversaw a deep-blue transformation in his county, announced Tuesday he is running for the open Florida Democratic Party chair.

Hodge argues that none of them have put forth a serious plan to rebuild a party that has had little success for decades and that has become a forum for closed-door decisions and deals. He said he is offering such a plan upfront, and that in one-on-one phone calls with party officials who actually have votes in the election, he’s getting strong support.

“Nobody is talking about the elephant in the room, literally, that Florida is a red state. And we keep lying to ourselves and saying, ‘Oh, no, this is a purple state, a blue state.’ Well, we’re not performing that way,” Hodge said. “It’s because we have systemic issues throughout the party that have to be addressed.”

FDP Chair Terrie Rizzo announced early this month that she would not run for another term.

Hodge was reelected chair of his county party by consensus last Saturday at the Orange County Democratic Executive Committee meeting.

Since he took the county party’s helm at the start of 2017, Orange County Democrats have dominated most elections, including turning a 5-2 Republican advantage on the county commission into a 6-1 Democratic advantage. Orange Democrats have greatly expanded their voter registration advantage. They had the state’s best turnouts in the 2018 and 2020 elections.

Hodge’s state plan includes bringing in more local grassroots leaders from “marginalized and underrepresented communities;” rewriting the party’s bylaws to eliminate barriers to broader participation; getting rid of consultants who he says take plenty of party money yet provide few successful results; bringing in new consultants who better reflect the party’s diversity, including within the groups’ leadership levels; developing a more robust and effective communications office to communicate the party’s values and to combat Republicans’ attacks on Democrats such as “they’re socialists;” creating a hotline that all Democratic candidates and Democratic Executive Committees can call to get help, including with sound consultation on the fly; and fostering an ethos of transparency.

“What are we hiding? Our losing strategy over two decades? We don’t want anyone to know what that is? Everybody should know what that is so they don’t keep making the mistakes we’ve been making,” Hodge said.

“We’ve got to get out in the open, bring the diverse voices of our community to the table and start listening to them and engaging them and using them to help us figure out how to start winning,” Hodge added. “Because this veil of secrecy that has hidden backroom deals and phone calls is just not working. And a lot of people feel left out because they don’t see the decision making being done. They’re not part of the process. We’ve got to stop that.”