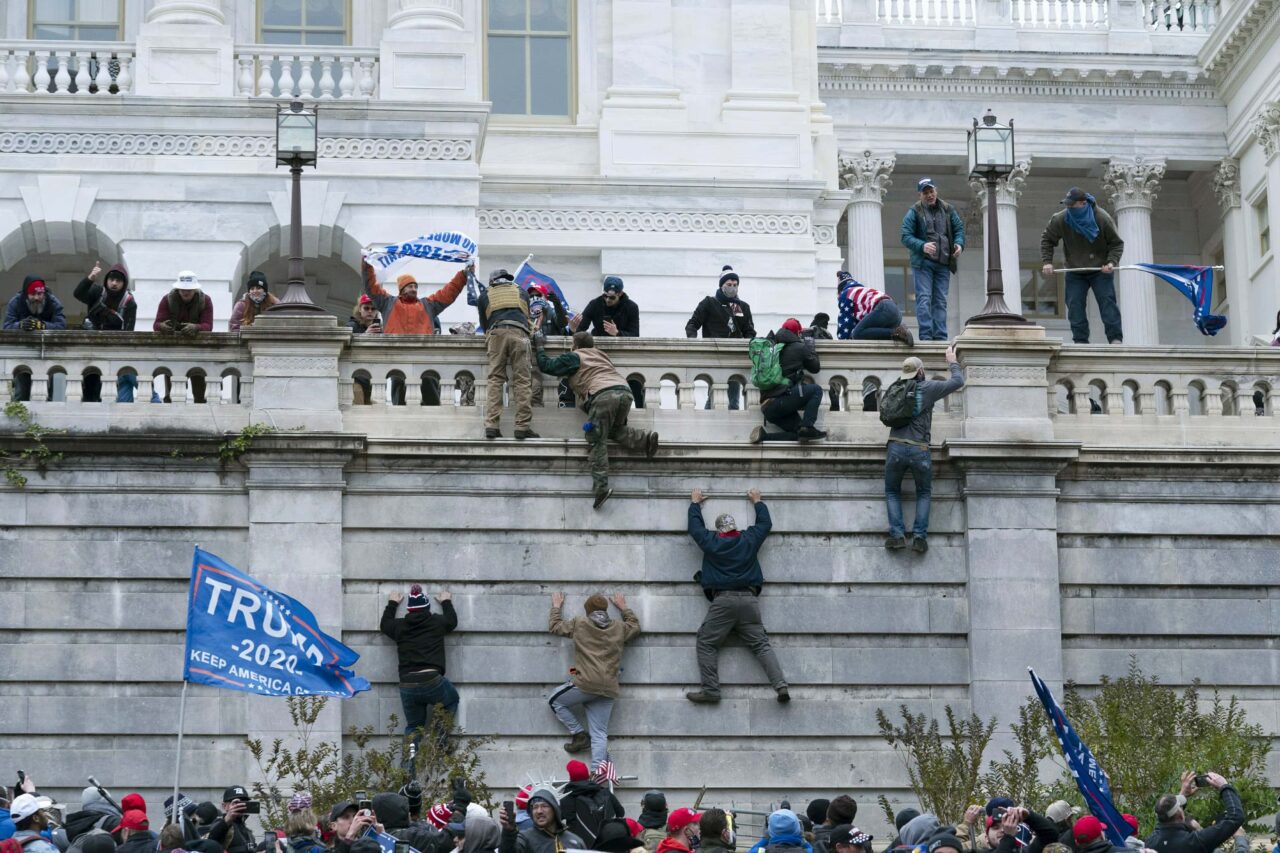 The cleanup is underway in Washington D.C. at the Capitol, after hordes summoned by the President of the United States marauded through the building in protest of Congress certifying the Presidential election Wednesday.

However, there are those who believe it was a peaceful protest, including the politically-active wife of a state legislator who will have a key role in the 2021 Legislative Session.

Esther Byrd, a former candidate for Neptune Beach City Council, is the wife of Rep. Cord Byrd, currently the Vice Chair of the House Judiciary Committee and Chair of the Criminal Justice and Public Safety Subcommittee, a position that gives him unique power in shaping the state’s law and order agenda.

As order broke down Wednesday in D.C., Mrs. Byrd asserted that complaints about Donald Trump supporters brawling with the Capitol Police reflected a double standard.

“ANTIFA and BLM can burn and loot buildings and violently attack police and citizens,” Byrd remarked on her personal Facebook page. “But when Trump supporters peacefully protest, suddenly ‘Law and Order’ is all they can talk about! I can’t even listen to these idiots bellyaching about solving our differences without violence.”

Those comments came after another incendiary post: “In the coming civil wars (We the People vs the Radical Left and We the People cleaning up the Republican Party), team rosters are being filled. Every elected official in DC will pick one. There are only 2 teams… With Us [or] Against Us,” Byrd mused. “We the People will NOT forget!”

Rep. Byrd won reelection handily in 2020, but during that campaign, spousal comments that catered to the fringe elements in the GOP came to the fore as well.

In October, Mrs. Byrd offered an unsolicited defense of the Proud Boys, a group of youngish men who bill themselves as “western chauvinists.”

President Donald Trump, in a debate with then-candidate Joe Biden, urged them to “stand back and stand by” when pressed to condemn the alt-right movement.

Mrs. Byrd, a staunch supporter of the President, subsequently claimed that many of them and their supporters have been thrown in “FB Jail,” a metaphorical lockdown preventing them from posting to Facebook for some period of time.

Those comments came months after Byrd made comments supportive of Q Anon after the couple was photographed on a boat flying a Q Anon flag. Mrs. Byrd asserted on Facebook contemporaneously that the Byrds were in the photograph.

previousJacksonville Bold for 1.7.21: Back in the game