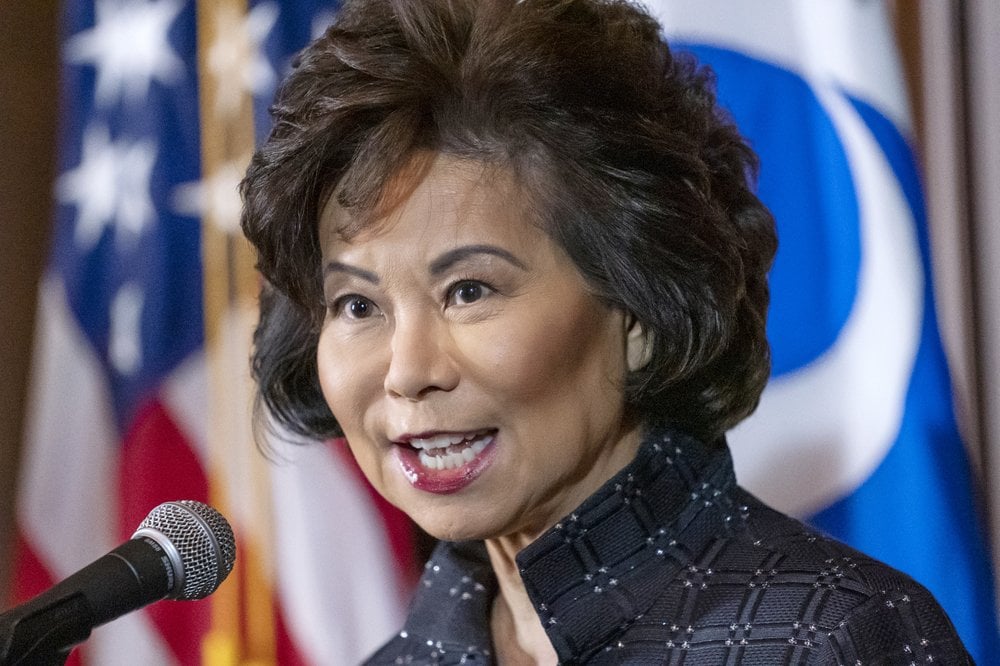 “Nobody is fooled by these last-second, come-to-Jesus conversions,” said Rick Wilson.

A steady stream of Trump administration officials are beating an early path to the exits as a protest against the deadly siege of the U.S. Capitol this week even as others wrestling with the stay-or-go question conclude that they owe it to the public to see things through to the end.

Some of Trump’s critics don’t give those in the early-exit caucus much credit for walking away from their jobs with less than two weeks left in the administration, seeing it as little more than a face-saving effort.

“Nobody is fooled by these last-second, come-to-Jesus conversions,” said Rick Wilson, co-founder of the Lincoln Project, a group of Republicans fiercely critical of Trump.

Trump’s education and transportation secretaries, his acting chairman of the White House Council of Economic Advisers and deputy national security adviser are among at least nine senior administration officials who have announced their resignations since Wednesday’s attack by Trump supporters on the Capitol.

Serving under Trump has been a test for many aides who have abided some of the President’s most provocative actions, including his embrace of authoritarians, a habit of coarsely belittling political adversaries and the ease and frequency with which he’s deployed falsehoods for personal benefit.

But Trump’s behavior in a few harrowing hours on Wednesday — first by egging on his supporters to demand Congress subvert the election and later declining to condemn the day’s violence — was a line too far for several high-profile officials serving the President.

It wasn’t until Thursday evening, more than 24 hours after the Capitol siege, that Trump in a video message condemned the actions of the rioters as “heinous” and acknowledged his election loss.

Several White House and agency officials still on the job Thursday said they were deeply conflicted about whether to resign, fearing what would transpire if Trump was left surrounded in his final days on the job only by those who encouraged his worse instincts. In at least one case, a person on the Joe Biden transition requested that individuals remain on the job to help smooth the handoff.

The decisions on whether to stay or go are playing out at a moment when aides already have moving boxes at the ready and an eye on the door despite Trump’s insistence over the last two months that the election results would be overturned and he’d serve a second term. Trump only acknowledged in a statement on Thursday that his presidency will end Jan. 20.

Education Secretary Betsy DeVos and Transportation Secretary Elaine Chao on Thursday became the highest-ranking administration officials to resign over the pro-Trump insurrection. In a statement, Chao, who is married to Senate GOP leader Mitch McConnell, said the violent attack on the Capitol “has deeply troubled me in a way that I simply cannot set aside.”

DeVos, in her resignation letter, cast blame on the President for inciting the mob. “There is no mistaking the impact your rhetoric had on the situation, and it is the inflection point for me,” she wrote.

Mick Mulvaney, the U.S. special envoy to Northern Ireland and a former White House chief of staff, said there was a lot of “soul searching” going on at the White House as he announced his own resignation from the administration.

“A lot of folks are wondering if I do resign today, who’s going to take my place and will it make it better or will it make it worse,” Mulvaney said in a CNBC interview.

Lawmakers on both sides of the aisle said they hoped Trump would be surrounded by capable advisers in the final days of his time in office.

Sen. Joe Manchin, a West Virginia Democrat, on Thursday urged “the good men and women honorably serving at all levels of the federal government to please stay at their post for the protection of our democracy.”

“The actions of a rogue president will not and should not reflect on you,” Manchin said. “Instead, your patriotism and commitment to the greater good of our country will be reaffirmed.”

Republican Sen. Lindsey Graham of South Carolina, pleaded for those in the national security apparatus to stay in their positions. “We need you now more than ever,” Graham said. He added, “To those who believe you should leave your post now to make a statement, I would urge you not.”

The two top Democrats in Congress, House Speaker Nancy Pelosi and Senate Minority Leader Chuck Schumer, had a different strategy in mind. They said would move forward with an impeachment effort if Vice President Mike Pence and the Cabinet failed to invoke the 25th Amendment to try to oust Trump from office early.

Neither impeachment nor ouster under the 25th Amendment was considered probable with less than two weeks left in Trump’s presidency.

One Cabinet official, acting Homeland Security Secretary Chad Wolf, made clear he was digging in until the end “to ensure the administration’s focus remains on the serious threats facing our country and an orderly transition to President-elect Biden’s DHS team.”

Yet many White House aides, both senior officials and lower-level staff, were struggling with whether or when to exit, according to two people familiar with internal deliberations at the White House. They spoke on condition anonymity to discuss private conversations.

One of the individuals said many who have already left or are still considering leaving are aware that their actions will be seen as a cynical attempt to separate themselves from Trump as they eye their own futures. The other, a senior administration official who has decided to stay on, said people have had thoughts about leaving, but felt a responsibility to keep working to ensure a smooth transition.

The Lincoln Project’s Wilson said a last-minute denunciation of Trump won’t help departing officials lose the taint of their connection to this presidency.