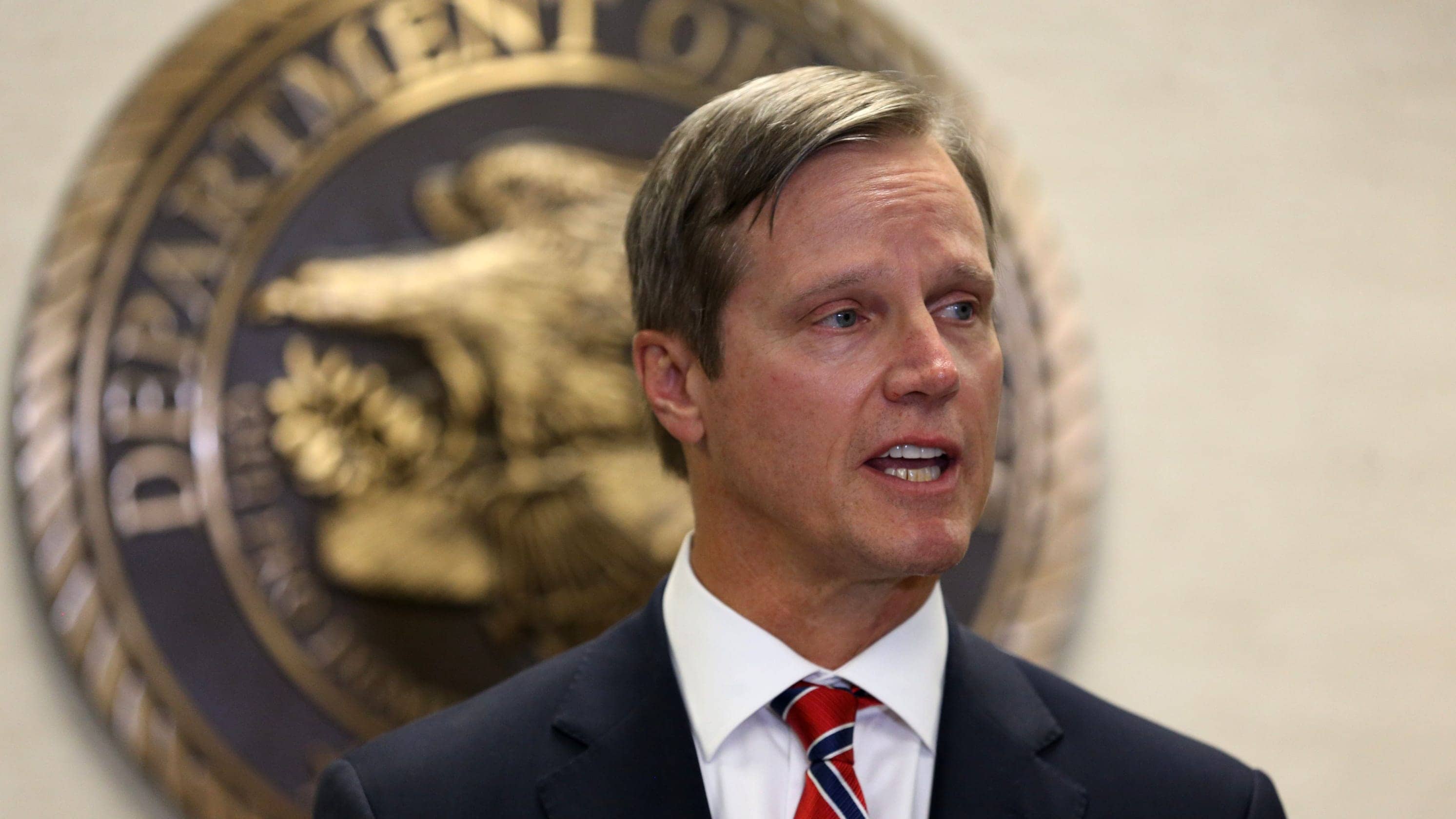 His office will go after any North Floridians who took part.

U.S. Attorney Lawrence Keefe wants the mob that stormed the U.S. Capitol on Wednesday to be punished to the fullest extent of the law and if any of the perpetrators live in his jurisdiction, he will do it himself.

Keefe echoed the calls of many other Florida leaders on Thursday, one day after pro-Trump rioters breached the Capitol to object to the scheduled certification of President-elect Joe Biden’s victory over President Donald Trump.

“The criminal acts of domestic terrorism at our nation’s Capitol yesterday shock the sensibilities of all law-abiding, patriotic Americans, regardless of their political leanings. Our Capitol is a historic symbol of the republic and the seat of a lawmaking body that is the envy of the world. The attack on our Capitol is an assault on America’s democracy and an insult to all Americans. It cannot and will not be tolerated,” Keefe said.

“As United States Attorney for the Northern District of Florida, our office will do everything within our authority to identify and prosecute any individuals from this district who violated federal law and travelled to Washington to participate in this dangerous lawlessness. These individuals are neither patriots nor protesters; they are shameless criminals, and must be treated as such. As surely as history, in the future, will punish those who engaged in such anarchy and criminal behavior, our nation will use all appropriate tools of law enforcement and justice to seek their prosecution and punishment now.”

Keefe’s statement marks another admonishment from a Republican public official. In addition, Keefe was nominated to his post by Trump two years ago.

At least three Floridians have been arrested for their involvement in the insurrection carried out by Trump supporters.

U.S. Capitol Police Chief Steven Sund, in his first public comment on the mayhem from Wednesday, said in a statement that rioters “actively attacked” Capitol police and other law enforcement officers with metal pipes, discharged chemical irritants and “took up other weapons against our officers.”

The siege was “unlike any I have ever experienced in my 30 years in law enforcement here in Washington, D.C.,” said Sund, a former city police officer. “Make no mistake: these mass riots were not First Amendment activities; they were criminal riotous behavior. The actions of the USCP officers were heroic given the situation they faced.”

Wednesday’s Capitol invasion resulted in the death of one protestor, a 35-year-old Air Force veteran, as well as three individuals who died from medical emergencies. Many others were injured. Still, Congress reconvened Wednesday night after order was restored and confirmed Biden’s victory.