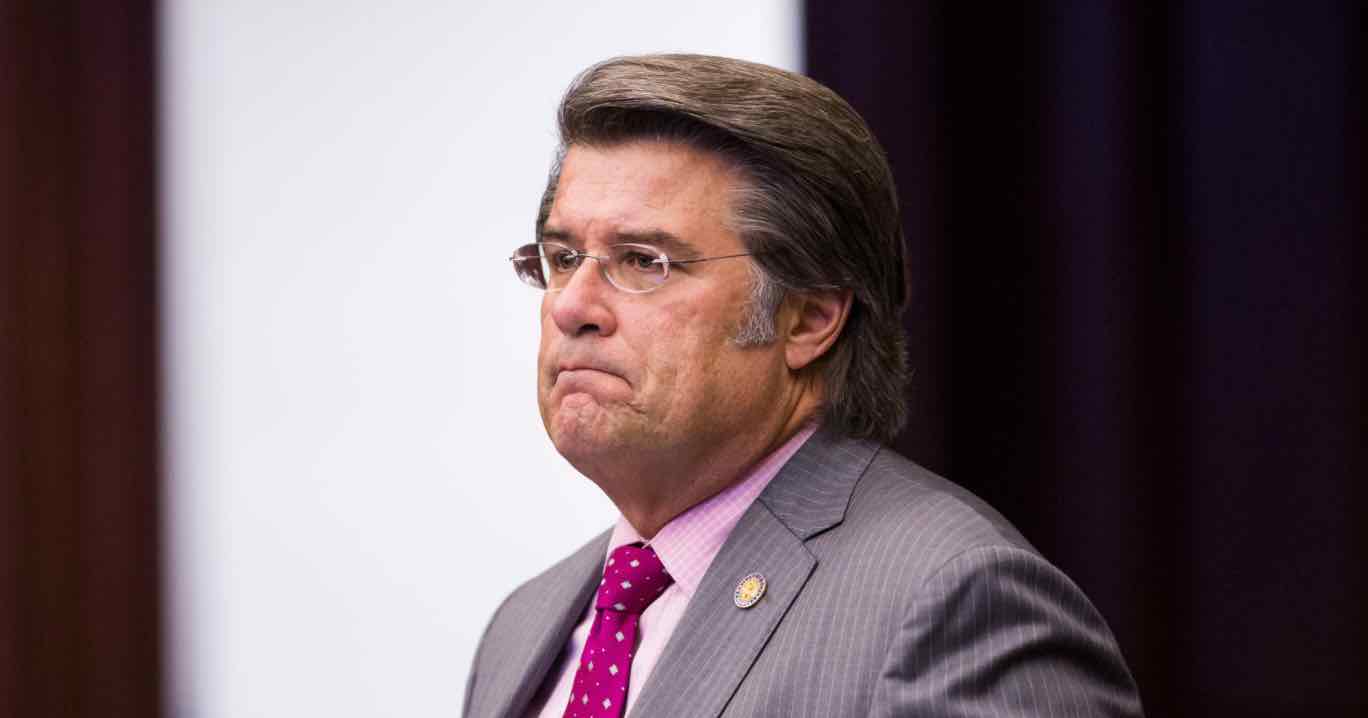 Farmer is asking Attorney General Ashley Moody to look into the claims.

Farmer argues that because Trump is now a Florida resident, his decision to urge protesters to gather in Washington could open him up to violations of Florida law.

“Through his organization of and participation in this week’s insurrection, Donald Trump advocated for the sabotaging and hindering of Vice President [Mike] Pence and Congress’ ability to carry out the laws of our nation as set forth by the U.S. Constitution and federal statutes,” Farmer wrote in a letter to Attorney General Ashley Moody.

Trump repeatedly lied about the election being stolen from him before calling for a “wild” rally on Wednesday. While speaking at the rally, Trump urged supporters to march to the Capitol. Once there, a portion of the crowd stormed the Capital, breaching and defacing the building while temporarily halting the Electoral College vote count.

While Trump did not explicitly call for violence or trespassing, Farmer argues Trump’s words could open him up to Florida’s criminal anarchy statute, which makes it  up to a second degree felony for anyone who “advocates, advises, or teaches the duty, necessity, or propriety of overthrowing or overturning existing forms of constitutional government by force or violence; of disobeying or sabotaging or hindering the carrying out of the laws.”

Farmer argued additional portions of the Florida criminal code, for instance asking Moody to investigate whether Trump is guilty of “inciting insurrection.

“Donald Trump played a critically necessary role in the incitement of the insurrectionist mob that threatened our nation,” Farmer wrote.

While Trump is President, he’s likely shielded from such an investigation. But with Trump’s first term wrapping this month, he could potentially be open to criminal liability where charges are warranted. Farmer, the Democrats’ leader in the Senate, argues in his letter to Moody that’s exactly the case here.

“As the Attorney General of our state it is your sworn duty to hold Florida’s criminals accountable. This duty still exists in regard to the criminal acts perpetrated by Donald Trump,” wrote Farmer.

“Given the severity of Donald Trump’s criminal actions, and the grave threat that they posed to the existence of our nation’s government and its adherence to the Constitution, you are compelled both by your oath and commitment to the people of Florida to fully investigate the potential criminal actions laid out above.”