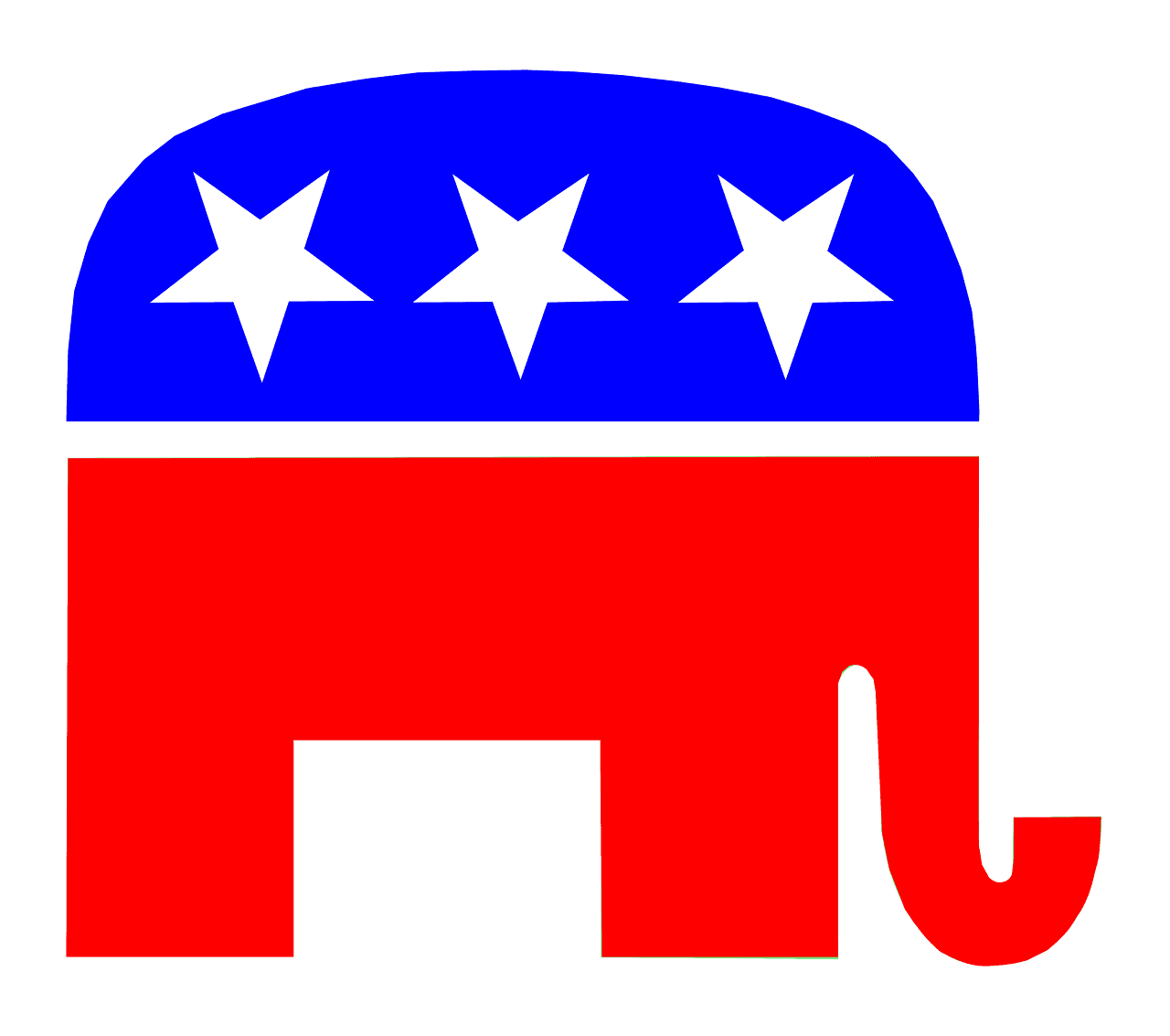 They won't come back until there's a 'Patriot Party.'

A member of the Hillsborough County GOP is leaving the party, but not for the same reason others are likely fleeing.

The Hillsborough GOP’s “StratComms Director,” which stands for strategic communications, posted a lengthy letter on the group’s Facebook page Wednesday arguing the Republican Party no longer stands for freedom and limited government.

The letter is not signed by name, and the Hillsborough GOP website does not have a listing for a StratComms Director; however, as of 2019, Brooke Emery held the title. Emery is closely aligned with the controversial local party chair, Jim Waurishuk.

Waurishuk declined to comment on the post or say whether Emery was its author. He offered only that the missive has since been taken down.

“With just the latest in a long line of betrayals of the duly elected Republican President Trump, myself and my fellow Deplorables by the Republican Party elected officials and ‘leadership,’ I can no longer remain in the Party as it is,” the author wrote. “If the country falls, as it appears to be on its way to doing, at least I’ll know that I did not continue to support my unaccountable ‘representatives’ when they continue to betray me.”

The author wrote that they would not return to the Republican Party unless a third party, such as a “Patriot Party,” were formed.

“But it’s doubtful,” they noted. “Those who control the levers of power are never keen to let it go; after all, who would vote to term-limit themselves out of access to a $4 trillion trough?”

The post was full of laudatory praise for President Donald Trump, including his “bringing a great Patriotic spirit back to the Citizens after 8 years of anti-American sentiment fostered by (former President Barack) Obama.”

The letter ended with a disclaimer.

“Note: I am wholly responsible for this post, the leadership of the Party do not know I’m writing this, and obviously it will be my last.”

Before being taken down, the post had 61 comments and 17 shares.

The letter came after reports that at least some congressional Republicans planned to support impeaching Trump, including the No. 3 House Republican, U.S. Rep. Liz Cheney. Senate Majority Leader Mitch McConnell reportedly told sources he was “pleased” with the impeachment proceedings and hoped it would drive Trump from the Republican Party.

The U.S. House of Representatives is voting on impeachment Wednesday afternoon. 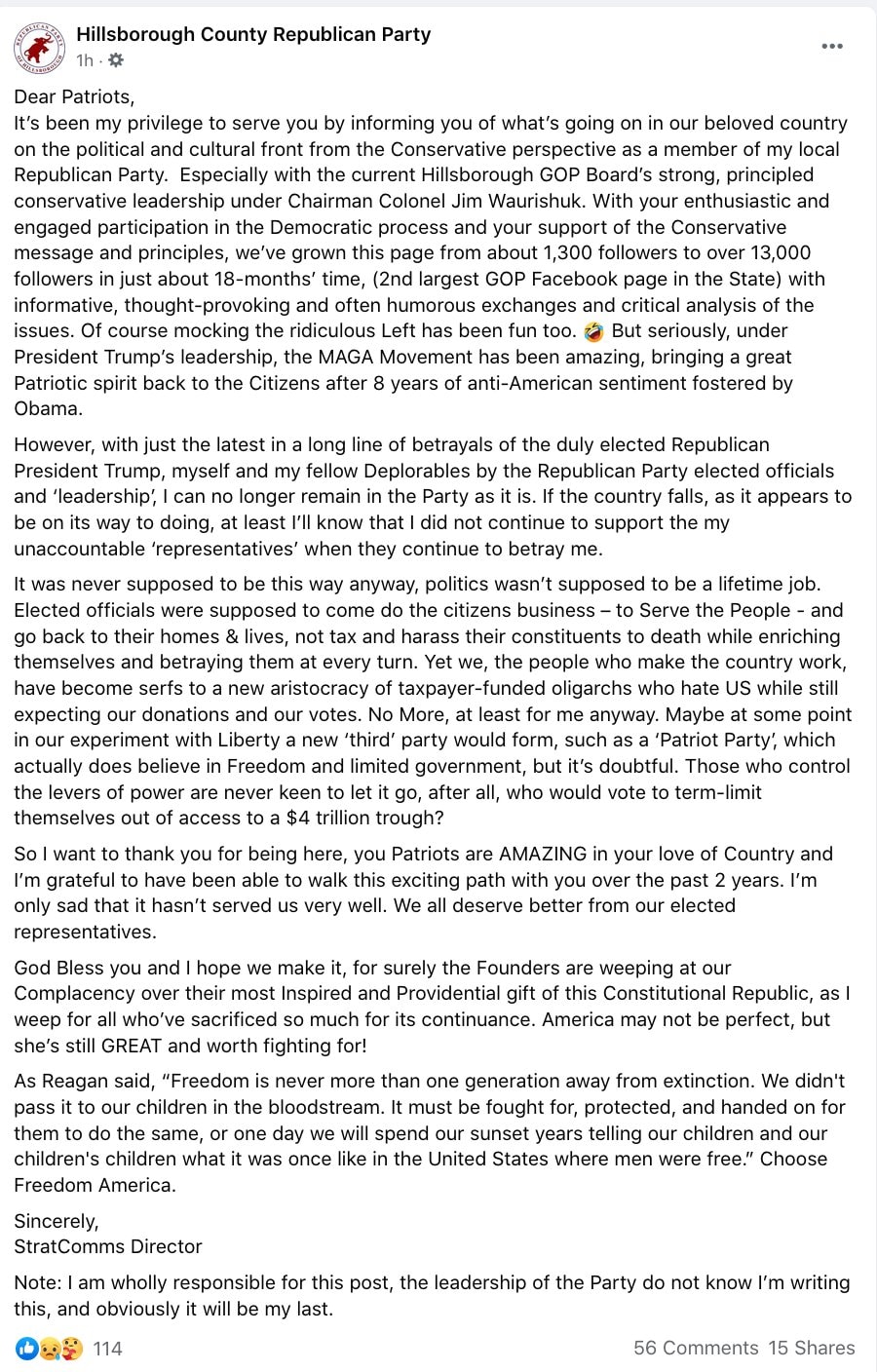