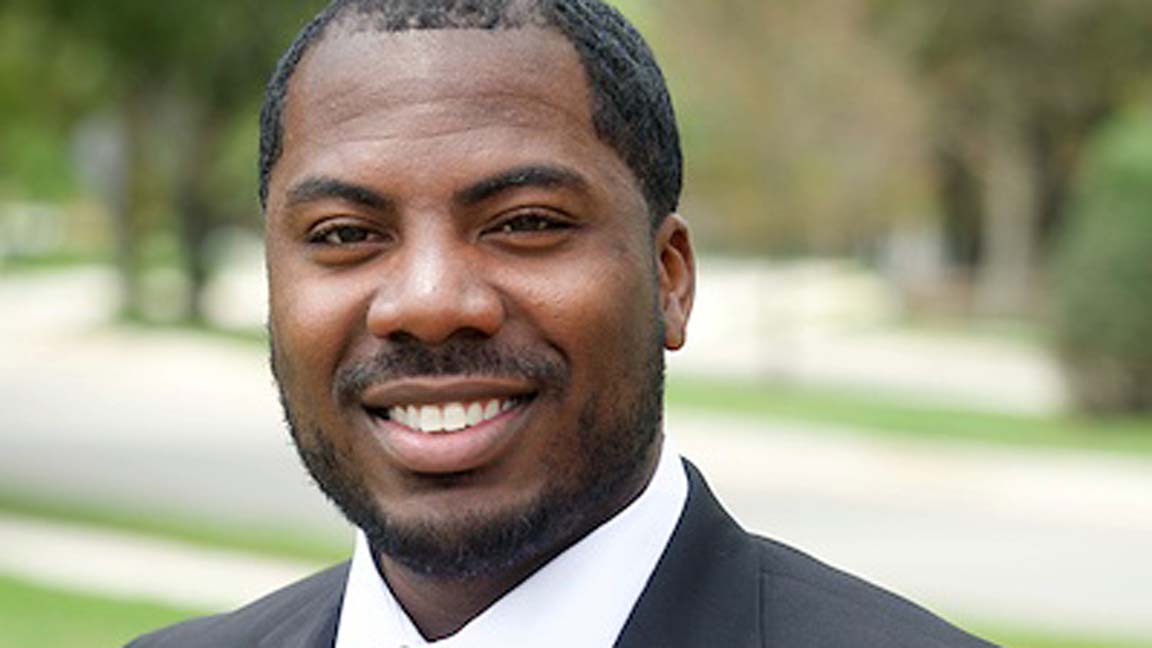 'There's never a promise that it's going to be an easy time.'

When Coral Springs’ City Commission recently voted Commissioner Joshua Simmons to be Vice Mayor, it became the first time a Black man would serve in the post.

But it wasn’t the first time Simmons would make history.

On Nov. 27, 2018, he was sworn in to the Commission as the first Black elected official since Coral Springs’ 1963 incorporation.

Simmons says while he appreciates the significance, he was ready to get to work.

Since his election, Simmons has led the charge to overturn the city’s ban on medical marijuana treatment centers.

He has helped Dan Daley, a Democratic representing Florida’s House District 97, intervene in a dispute between a water utility and a homeowners’ association to ensure the development’s 3,000 residents didn’t lose their access to water during a pandemic.

Simmons also helped set up a pop-up celebration in one of the city’s most diverse neighborhoods to distribute food, set up bounce houses for the children and distribute U.S. Census Bureau information.

“We often don’t show attention to some of the residents in our city who need attention the most and just want to see that their city is paying attention to them and appreciates them being here,” he says.

Simmons — formerly of Missouri and Virginia — moved to Coral Springs in 2011 to raise his younger sister as a guardian while their mother was deployed overseas in the U.S. Navy.

Simmons — who has a bachelor’s degree in political science and a master’s degree in psychology — has worked in the mental health field and interned for a law firm in which one of the partners served on President Barack Obama’s finance committee, a driving factor in Simmons’ own political aspirations.

He had not considered running for an elected office before 2016.

“My life had always been about helping people, being there for people and figuring out a way to solve problems,” Simmons notes. “I was always politically minded. I just never had anyone ever talk to me about all of the things that I could do within the government or even running for office to be effective.

“I wanted to find a way to improve people’s lives through policy and understanding all of the interactions between people in government. I want to figure out where I could best be a better fit in making sure government was helpful to people.”

Simmons had run for Coral Springs’ City Commission against a well-known, well-liked incumbent. He knocked on more than 4,500 doors for his bid for the Commission seat and earned nearly 58% of the vote.

He says he believes what put him over the edge at the polls was presenting a vision for the future to Coral Springs residents.

“I talked about government efficiency,” he says. “I talked about making sure we had substantive planning because I don’t want to continue to burden the residents with different bonds and things like that without us having a real plan on how to pay these things back.”

Simmons notes that in 2017, the City Commission voted to raise taxes to a level “they’ve never had to raise taxes before. That was to account for mistakes made in the past when it came to taking care of business at the city. I wanted to make sure while I was there that we don’t put the city in a situation like that.

“I recognized that we were at an inflection point in a city that was searching for an identity. I wanted to help the city find some identity as we transition into a true suburban city with the amenities that keep people happy to live here and want to spend money here.”

Florida State Rep. Bobby DuBose of HD 94, co-House Minority Leader, knew Simmons before his bid for Coral Springs City Commission and has been one of his mentors.

“Knowing his spirit, his determination, I supported him on that journey,” he says. “I wasn’t surprised that he won. He’s determined. Each day he got out and knocked on doors. He understands he has to be connected to the community.”

DuBose — born and raised in Broward County — was familiar with Coral Springs Commissioners, having served on the Florida League of Cities and his role as president of the Broward League of Cities.

“I was excited not only for him and the city of Coral Springs, but what it meant because it was a historic moment,” says DuBose. “They never had a Black person serve on their Commission. Being that I served as a Fort Lauderdale City Commissioner and being the only person of color and being able to bring a voice and a perspective to the city of Fort Lauderdale on issues that helped create some diversity in our city planning and policies.

“He has so many different perspectives — his mother serves our country, he’s a father, he’s an educator. He brings all of these things to the table other than just the fact of bringing some new diversity to the city of Coral Springs.”

As a high school educator teaching government, economics and world history at Coral Springs High School, Simmons also brings a different worldview to a City Commission that historically has been largely comprised of lawyers, real estate professionals and business owners.

Simmons notes that he has spent considerable time around elected officials who “decided it was time to get into the arena and change the way people access and interact with our government and all of its institutions.”

One of the first campaigns on which he worked was for Florence Taylor Barner, the first Haitian American woman to be elected without being appointed first as a Broward County court judge.

“It was an amazing feeling,” he notes. “I felt like I was representing a voting bloc that sometimes isn’t focused on. I just wanted to put a voice to young Black men.”

Simmons also spoke at a fundraiser for Kamala Harris before she ended her presidential campaign.

“I’ve been able to be involved with some very powerful women and I’m so grateful to help further their cause and be a part of the change they’re bringing,” he says.

DuBose notes that as a newly elected city official, Simmons is handling the challenges brought on by the pandemic as well as the recent social unrest “extremely well.”

“It’s something new to all of us,” he says of the pandemic. “To the fact that he’s a minority, a Black male, I can speak from this perspective — it’s always a challenge being Black in America. It’s almost like living in two Americas and people not realizing that.”

Simmons says Coral Springs’ population is about 18 to 20% Black, which is expected to change with new census data.

DuBose notes that Simmons has leveraged social media platforms to engage with his constituents in different ways on different policies to bring forth what the Commission is doing throughout the pandemic.

That includes posting videos of himself skating.

“You’re supposed to provide services to your constituents, but when things aren’t great, people look for a lot of avenues for hope and happiness,” he says. “City government for some is this one avenue and Josh provides that.”

“When you first run for office, you never really know what you’re going to get,” notes Simmons. “It can be really good times; there can be pretty terrible times. Since I’ve been elected, we have had our second City Manager. We’re dealing with all of the other horrendous impacts of COVID-19 and trying to assuage people’s concerns and make them feel better in a time where lots of people are having a really rough time.

“Being in office at this time, dealing with all the things we are as a society and the world when it comes to the global pandemic, whether we wanted it or not, it’s what we signed up for. We’re going to continue to have some difficulties going forward. We’re going to continue to have to make some tough choices because of the fallout from the pandemic. There’s never a promise that it’s going to be an easy time.”

Going forward, Simmons wants to help small businesses rebuild the local economy while the city helps to mitigate the effects of the pandemic through offering vaccine opportunities.

As for Simmons’ future political career, whatever he decides to do going forward, “the one thing I know about him is he takes his time,” DuBose says. “He’ll evaluate every aspect of his life and decide how he wants to continue to serve. Josh is a servant leader, and that’s rare. A lot of people run and serve because they want titles, but to be a servant leader, you’ve got to be humble and serve the people.”

previousJoe Biden to prioritize legal status for millions of immigrants

nextWinner and Loser of the Week in Florida politics -- Week of January 10, 2021