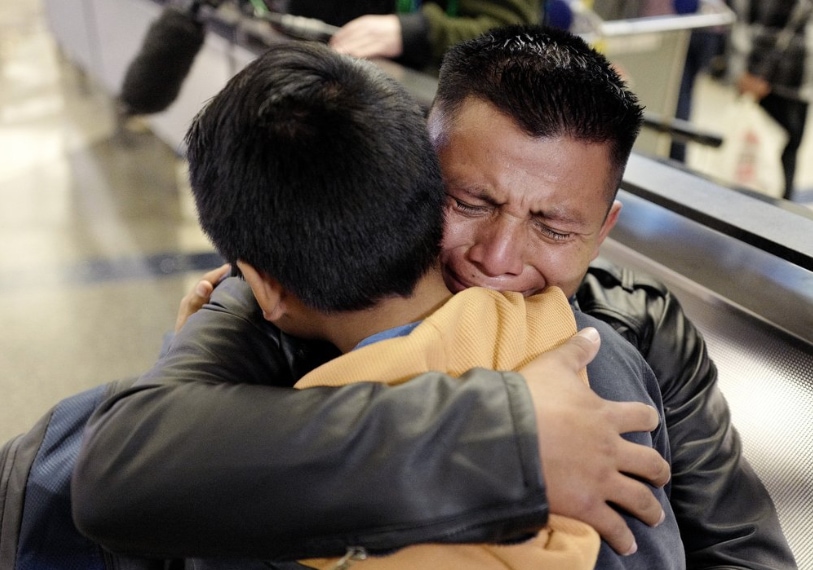 Justice Department leaders under President Donald Trump knew their 2018 “zero tolerance” border policy would result in family separations but pressed on with prosecutions even as other agencies became overwhelmed with migrants, a government watchdog report released Thursday has found.

The report from the inspector general for the Justice Department found that leadership failed to prepare to implement the policy or manage the fallout, which resulted in more than 3,000 family separations and caused lasting emotional damage to children who were taken from their parents at the border. The policy was widely condemned by world leaders, religious groups and lawmakers in the U.S. as cruel.

Former Attorney General Jeff Sessions, along with other top leaders in the Trump administration, were bent on curbing immigration. The “zero tolerance” policy was one of several increasingly restrictive policies aimed at discouraging migrants from coming to the Southern border. Trump’s administration also vastly reduced the number of refugees allowed into the U.S. and all but halted asylum at the border, through a combination of executive orders and regulation changes.

President-elect Joe Biden has said Trump’s restrictive immigration policies are harmful, but it’s not clear yet what he will do when he gets in office to alter the system.

The American Civil Liberties Union sued to stop the separations and a federal judge ordered the families to be reunited, but some are still not.

Attorney Lee Gelernt, who has been working for years on the issue, said the practice was “immoral and illegal.”

The “zero tolerance” policy meant that any adult caught crossing the border illegally would be prosecuted for illegal entry. Because children cannot be jailed with their family members, families were separated and children were taken into custody by Health and Human Services, which manages unaccompanied children at the border. The policy was a colossal mess; there was no system created to reunite children with their families. The watchdog report found that it led to a $227 million funding shortfall.

The policy began April 6, 2018, under an executive order that was issued without warning to other federal agencies that would have to manage the policy, including the U.S. Marshals Service and Health and Human Services. It was halted June 20, 2018.

The watchdog report found that judges, advocacy groups and even federal prosecutors raised concerns over the policy. But Sessions and others wrongly believed that arrests at the border would not result in prolonged separation and ignored the difficulty in reuniting families.

Justice leadership looked at a smaller version of the policy enacted in 2017 in West Texas, but ignored some of the same concerns raised by judges and prosecutors at that time. Top leaders were focused solely on increased illegal activity and didn’t seek information that would have shown concerns over the family separations that would result.

The report follows other scathing investigations of the policy, adding to evidence that Trump administration officials knew a zero-tolerance policy would result in family separations and inflict trauma on immigrant parents and children.

A watchdog report from the Department of Health and Human Services found that children separated at the border, many already distressed by their life in their home countries or by their journey, showed more fear, feelings of abandonment and post-traumatic stress symptoms than children who were not separated. The chaotic reunification process only added to their ordeal.

In a November 2017 email, a top Health and Human Services official wrote that there was a shortage of “beds for babies” as an apparent result of separations in and around El Paso, Texas, that occurred months before the national policy began. Other emails suggest the Department of Homeland Security did not tell HHS officials about the pilot program, even as government facilities for minors run by HHS saw an uptick in children who had been taken from their parents. The emails were released by congressional Democrats in an October 2020 report.

And close to three years after the Trump administration enacted zero-tolerance, more than 600 parents who were separated from their children have still not been located by a group of outside lawyers working to reunite families, according to a court filing Wednesday.