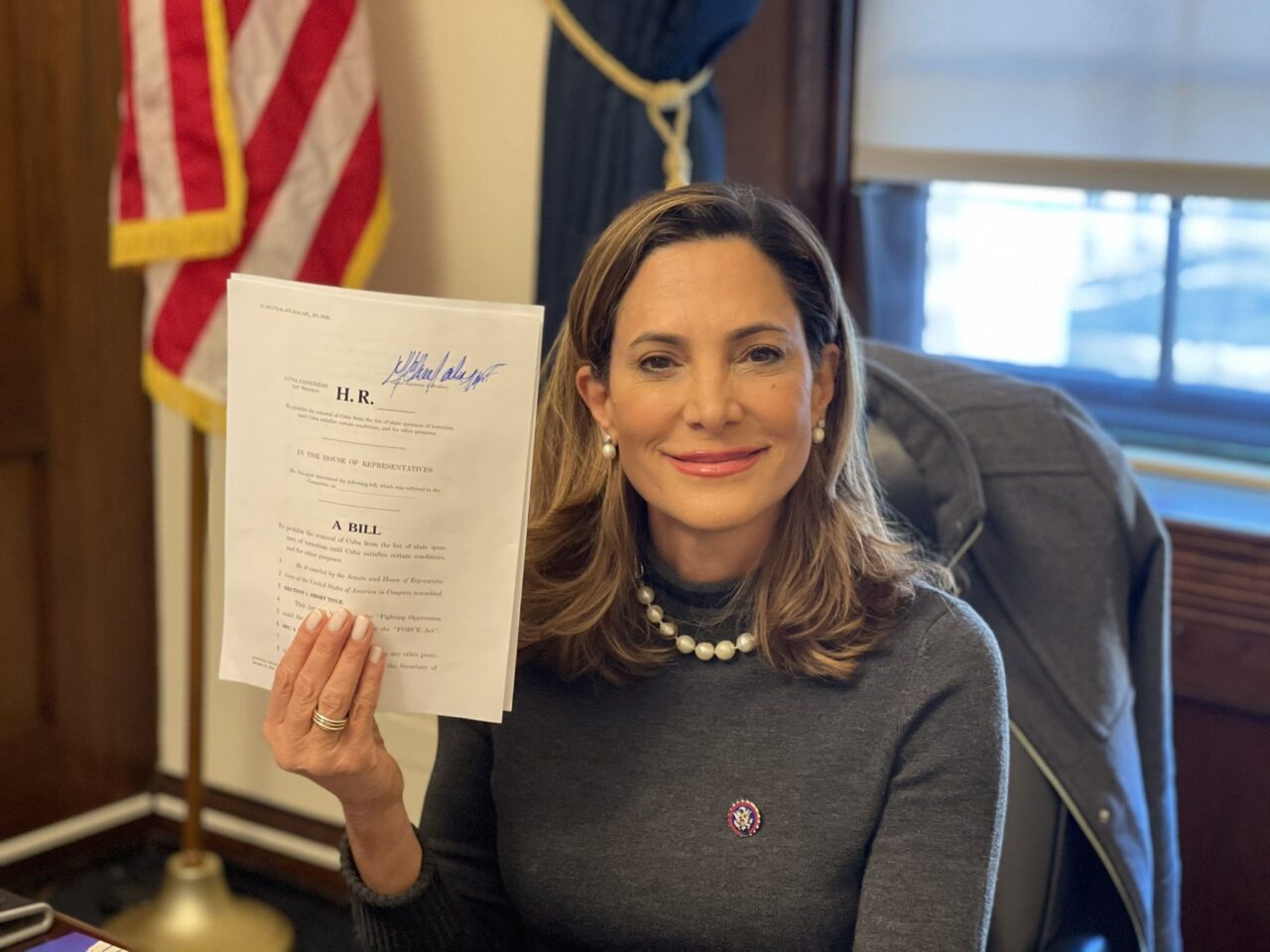 It's the Miami Congresswoman's first piece of legislation.

The bill supports the recent re-designation of Cuba as a state sponsor of terror, a move announced this week by Secretary of State Mike Pompeo, that reverses Barack Obama-era efforts to normalize relationships. The shift in posture notably comes just as President-elect Joe Biden, Obama’s Vice President, prepares to move into the Oval Office.

If Salazar’s bill becomes law, it will prevent the Biden administration from delisting Cuba again until the communist nation releases political prisoners and allows investigations by human rights associations, transitions completely away from the influence of Raul Castro and commits to free and fair elections. These are the same requirements to lift a U.S. embargo.

“As the daughter of Cuban refugees who fled the brutal dictatorship that continues to jail, starve, murder and systematically oppress the people of Cuba, I am proud to introduce the FORCE Act,” Salazar said. “The FORCE Act holds the Castro regime accountable for harboring fugitives of the American justice system, propping up the [Nicolas] Maduro and [Daniel] Ortega regimes in Venezuela and Nicaragua respectively, and engaging in violent acts of terrorism across our hemispheres.”

“It is imperative that Cuba remain on the SST list for its support of foreign terrorist organization(s) such as the FARC (Revolutionary Armed Forces of Colombia) and ELN (National Liberation Army), harboring terrorists such as Joanne Chesimard and propping up to (an) oppressive, anti-American dictatorship in Venezuela,” said Diaz-Balart.

Gimenez stressed Congress should enact a consistent policy so U.S. posture doesn’t waiver based on who sits in the White House.

“We must maintain a political posture of sustained pressure on the communist Castro regime in Cuba,” Gimenez agreed. “Cuba’s fluctuating status as a state sponsor of terrorist weakens our grip of enforcement of the LIBERTAD Act and undercuts our diplomatic efforts to transition Cuba into a freer and more open country. Since its existence, the regime has consistently supported terrorism against the United States and critical allies around the world. Cuba serves as an epicenter of socialism in the region, actively working to undermine legitimate governments throughout the Western Hemisphere that the United States counts as partners and allies.”