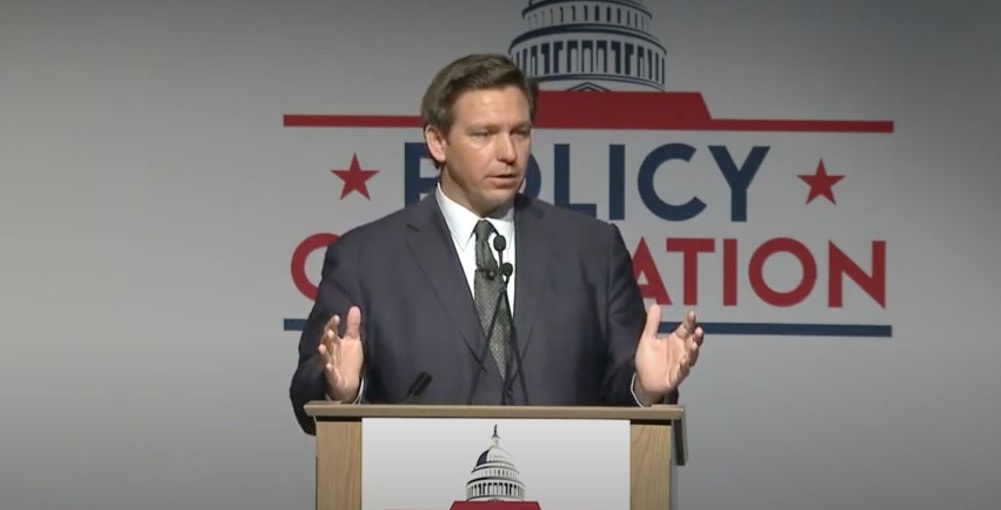 Tech giants have suppressed the platform since the U.S. Capitol riot.

Speaking Thursday at a keynote luncheon at a legislative policy conference in Austin, Texas, the Governor addressed Google, Apple and Amazon’s recent moves to restrict Parler after the U.S. Capitol riot. The social media platform, used primarily by conservatives, touts itself as a censorship-free alternative to Twitter.

“What really bothered me was how they decapitated this company, Parler,” DeSantis said. “You always said hey, it’s a market, you don’t like Twitter, create your own competitor. Well, they did that.”

After the riot, Twitter began removing some conservative accounts, including the President’s. Users flocked to Parler as a safe haven because Twitter was siding with President-elect Joe Biden‘s administration, the Governor said.

Google yanked Parler’s smartphone app from its app store Friday for allowing posts that seek “to incite ongoing violence in the U.S.” Apple followed suit on Saturday evening after giving Parler 24 hours to address complaints it was being used to “plan and facilitate yet further illegal and dangerous activities.” The platform will need to address public safety issues before it is restored, Apple said.

Amazon struck another blow Saturday, informing Parler it would need to look for a new web-hosting service effective midnight Sunday. It reminded Parler in a letter, first reported by Buzzfeed, that it had informed it in the past few weeks of 98 examples of posts “that clearly encourage and incite violence” and said the platform “poses a very real risk to public safety.”

“Not only did Apple drop them, not only did you have other things, they took them off the web server from Amazon. The lawyers quit. They couldn’t even do this,” he added. “This was a coordinated assault on a company that was trying to compete.”

DeSantis also said he was disturbed during the presidential election to see “credible articles” about Hunter Biden, the President-elect’s son, “actively suppressed.” Those actions affected the election, he said.

“Big Tech, they could actually suppress this information, and that is just simply OK?” DeSantis asked. “That is election interference, if you want to be honest about it, and that’s something that really needs to be addressed.”

In response to Facebook and Twitter’s decisions to permanently ban Trump, Zephyrhills Republican Sen. Danny Burgess filed legislation (SB 520) Monday that would require social media sites to provide notice to users who have been punished by the platform.

previous'This is your coup': The Lincoln Project drills Rick Scott for Capitol bloodshed