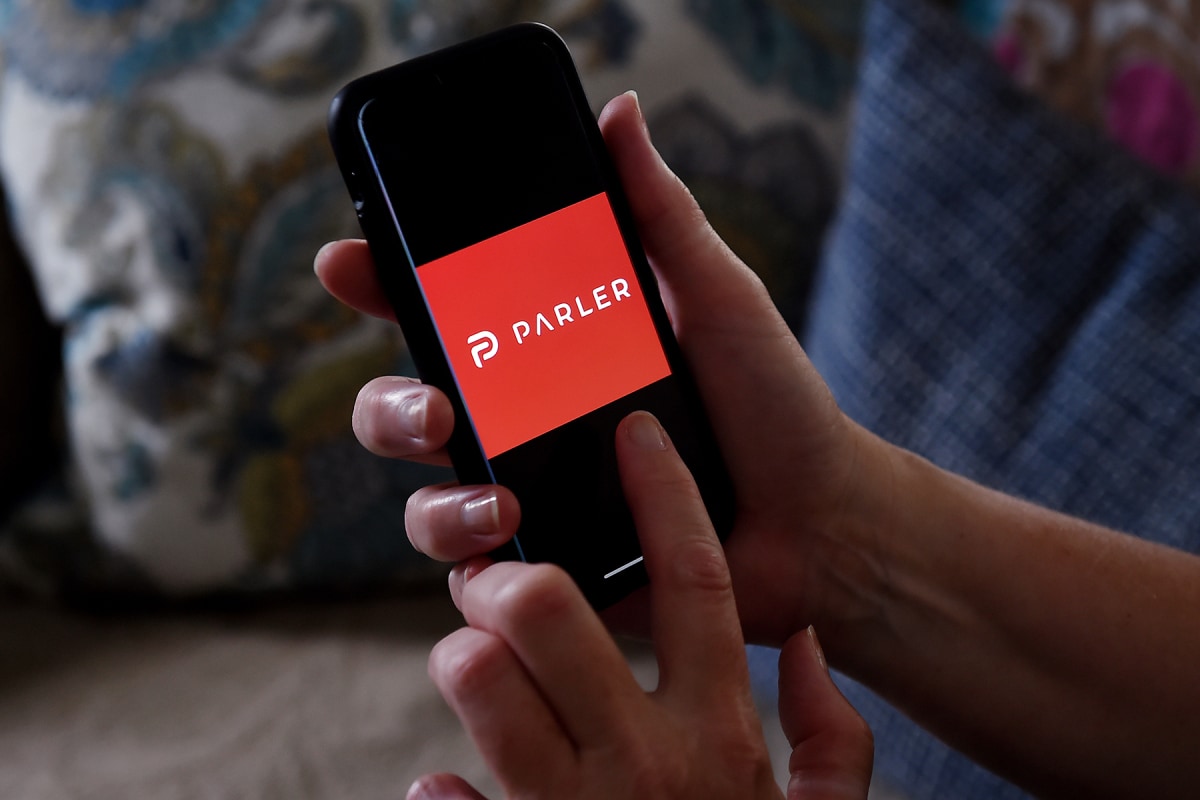 'That makes crystal clear what his priorities are — and it’s not Floridians.'

Parler touted itself as a censorship-free alternative to Twitter.

“This Governor has overseen a failed pandemic response, a botched COVID-19 vaccine rollout, a broken unemployment system that left out-of-work Floridians waiting months, children and families going hungry, and racial injustice he refuses to acknowledge — and some shut-down app is his ‘most important legislative issue we’ve got to get right?’” Fried said in a statement. “That makes crystal clear what his priorities are — and it’s not Floridians.”

Parler’s popularity among conservatives spiked after the U.S. Capitol riot when Twitter banned President Donald Trump and other conservative accounts.

DeSantis described what happened next as a “coordinated assault.”

Google yanked Parler’s smartphone app from its app store Friday for allowing posts that seek “to incite ongoing violence in the U.S.”

Apple followed suit Saturday evening after giving Parler 24 hours to address complaints that it was used to “plan and facilitate yet further illegal and dangerous activities.”

Amazon dealt another blow Saturday, informing Parler it would need to look for a new web-hosting service effective midnight Sunday.

“What really bothered me was how they decapitated this company, Parler,” DeSantis said. “You always said hey, it’s a market, you don’t like Twitter, create your own competitor. Well, they did that.”

DeSantis also said he was disturbed during the presidential election to see “credible articles” about Hunter Biden, the President-elect’s son, “actively suppressed.”

Those actions, he said, affected the election.