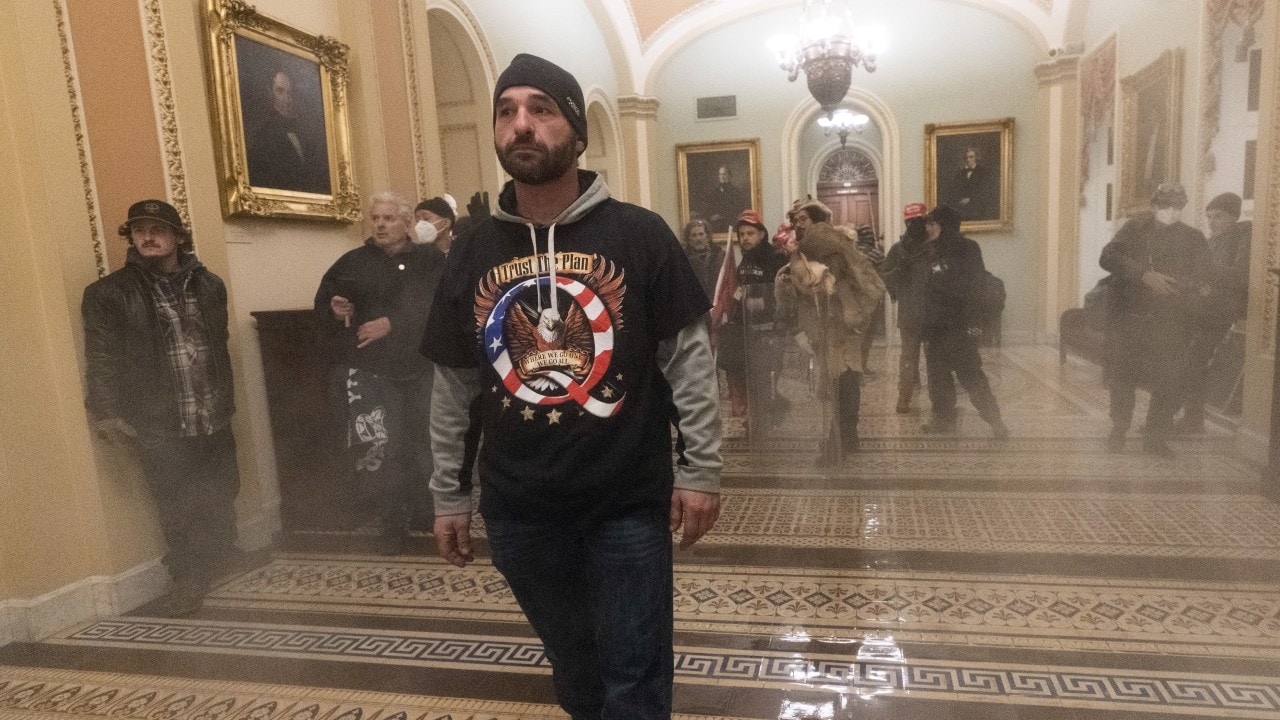 QAnon conspiracy theory followers and participants in last week’s insurrection at the U.S. Capitol could be prevented from obtaining or keeping national security jobs, or access classified information under a new bill offered by Democratic Rep. Stephanie Murphy.

The Winter Park Congresswoman announced Friday she would introduce legislation to revise the background check process to keep such people from receiving America’s national security clearances.

“Any individual who participated in the assault on the Capitol or who is a member of the conspiracy movement QAnon should be required to disclose this fact when applying to obtain or maintain a federal security clearance,” Murphy, a former national security specialist at the Department of Defense who held a high-level security clearance, stated in a news release.

“It is highly unlikely that such an individual will be found by investigators to have shown the conduct, character, and loyalty to the United States that is a prerequisite to holding a national security position and viewing classified information,” she added.

She’s referring to followers of the mysterious and possibly mythical leader known only as “Q” and the bizarre theories linking Democrats, journalists, the mysterious “Deep State” of the federal government, elitists, and networks of satan-worshiping pedophiles, all in a big conspiracy to traffic humans, run America and undermine President Donald Trump.

That might include at least a couple of Murphy’s Republican colleagues in the House, Rep. Lauren Boebert of Colorado and Rep. Marjorie Taylor Greene, both avowed QAnon followers. Other members of Congress and other elected officials have at least expressed interest in some of the ideas pushed by QAnon.

The standard 130-page national security questionnaire, given anyone seeking clearances, covers a wide range of topics, including an applicant’s work history, foreign activities, psychological health, police record and associations. That includes associations with organizations dedicated to terrorism, the use of violence or force to overthrow the U.S. government, or advocacy of force or violence to discourage others from exercising their rights under the U.S. Constitution.

However, the questionnaire has its limits.

Murphy’s bill, the Security Clearance Improvement Act of 2021, would direct the U.S. Office of Personnel Management to add another area, asking applicants whether they have ever been a member of, associated with, or knowingly engaged in activities conducted by an organization or movement — like QAnon — that spreads conspiracy theories and false information about the U.S. government.

Also, Murphy’s legislation would require the security clearance process to ask applicants whether they participated in the Jan. 6 assault on the U.S. Capitol or a similar “Stop the Steal” event and their precise role in that event.

Even if it does not constitute a criminal offense, attendance at an event designed to overturn the results of a presidential election and prevent the peaceful transfer of power raises serious questions about an applicant’s suitability for a security clearance, Murphy argued in a news release.

Armed with this information, the U.S. government would be in a better position to make the discretionary decision about whether the applicant is “reliable, trustworthy, of good conduct and character, and loyal to the U.S.” and thus deserving of a security clearance, she argued.

previousRick Scott: 'Twitter's a platform for dictators and thugs'