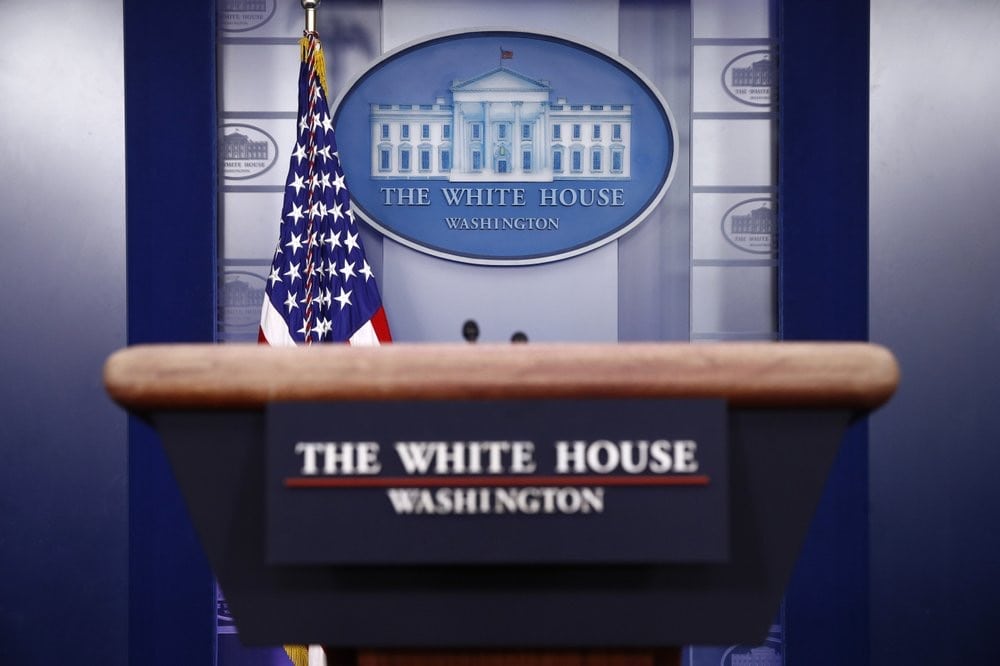 Biden framed his election as one to “heal the soul” of the nation and repair the presidency.

When Joe Biden takes the oath of office Wednesday outside a wounded U.S. Capitol, he will begin reshaping the office of the presidency itself as he sets out to lead a bitterly divided nation struggling with a devastating pandemic and an insurrection meant to stop his ascension to power.

Biden had campaigned as a rebuke to President Donald Trump, a singular figure whose political power was fueled by discord and grievance. The Democrat framed his election as one to “heal the soul” of the nation and repair the presidency, restoring the White House image as a symbol of stability and credibility.

“It really is about restoring some dignity to the office, about picking truth over lies, unity over division,” Biden said soon after he launched his campaign. “It’s about who we are.”

The White House is about 2 miles up Pennsylvania Avenue from the Capitol, where broken windows, heavy fortifications and hundreds of National Guard members provide a visible reminder of the power of a president’s words. Trump’s supporters left a Jan. 6 rally by the president near the White House to commit violence in his name at the Capitol, laying siege to the citadel of democracy and underscoring the herculean task Biden faces in trying to heal the nation’s searing divisions.

Few presidents have taken on the job having thought more about the mark he wants to make on it than Biden. He has spent more than 40 years in Washington and captured the White House after two previous failed attempts. He frequently praises his former boss, President Barack Obama, as an example of how to lead during crisis.

“Biden’s main task is going to be need to be to reestablish the symbol of the White House to the world as a place of integrity and good governance. Because right now everything is in disarray,” said Douglas Brinkley, a presidential historian and professor at Rice University. “But Biden is uniquely situated to do this, his whole life has been spent in Washington and he spent eight years watching the job up close.”

The changes will be sweeping, starting with the president’s approach to the COVID-19 pandemic that has claimed nearly 400,000 American lives. The sharp break from Trump won’t just come in federal policy, but in personal conduct.

Trump flouted the virus, his staff largely eschewing masks in the warren of cramped West Wing offices while the president hosted “superspreader” events at the White House and on the road. Biden’s team is considering having many staffers work from home; those who do enter the building will wear masks. Biden has already been vaccinated, something Trump, who got the virus last fall, has chosen not to do despite suggestions that it would set an example for the nation.

Biden’s approach to the day-to-day responsibilities of the office will also be a break from his predecessor. For one, Twitter won’t be a principal source of news.

Trump’s trail of tweets has roiled the capital for four years. Across Washington, phones would buzz with alerts anytime the president used his most potent political weapon to attack Democrats and keep Republicans in line.

Biden’s tweets tend to be bland news releases and policy details with the occasional “Here’s the deal, folks” thrown in for good measure. Allied lawmakers are unlikely to have to pretend not to have seen the latest posting in order to avoid commenting on it.

Biden has said he wants Americans to view the president as a role model again; no more coarse and demeaning language or racist, divisive rhetoric. His team has promised to restore daily news briefings and the president-elect does not refer to the press as “the enemy of the people.” But it remains to be seen whether he will be as accessible as Trump, who until his postelection hibernation, took more questions from reporters than any of his recent predecessors.

While Trump filled out much of his Cabinet and White House staff with relatives, political neophytes and newcomers to government, Biden has turned to seasoned hands, bringing in Obama administration veterans and career officials.

Policy papers will be back in vogue and governing by cable chyron likely out.

Trump was mostly indifferent to the machinations of Congress, at times appearing to be an observer of his own administration. Biden, a longtime senator who will have Democratic control of both houses, is positioned to use the weight of his office to push an ambitious legislative agenda.

His team will be tested, though, by the tumult at home: a virus that is killing more than 4,000 people a day, a sluggish vaccination distribution program, a worsening economy and contention over the upcoming second impeachment trial for Trump.

Biden also has as much work ahead repairing the image of the presidency overseas as he does on American shores.

Trump repositioned the United States in the world, pulling the U.S. out of a number of multilateral trade deals and climate agreements in favor of a more insular foreign policy. His ever-shifting beliefs and moods strained relations with some of the nation’s oldest allies, including much of Western Europe.

As the COVID-19 pandemic swept the globe, Trump fostered competition, not cooperation, on research and vaccine development. Trump also abandoned the tradition role the president plays in shining a light on human rights abuses around the world.

Biden, who spent years on the Senate Foreign Relations Committee and had a vast foreign policy portfolio as vice president, has pledged a course correction. He has promised to repair alliances, rejoin the Paris climate treaty and the World Health Organization and said he would shore up U.S. national security by first addressing health, economic and political crises at home.

Offering the White House as a symbol of stability to global capitals won’t be easy for Biden as Trump’s shadow looms.

“He has a structural problem and needs to make the U.S. seem more reliable. We’re diminished in stature and less predictable,” said Richard Haass, president of the Council on Foreign Relations. He noted that even after Biden’s win, the European Union bolstered ties to China with a new investment treaty.

“Everyone around the world is hedging, they have no idea if Biden’s a one-term president or what could come after him,” Haass said. “There is a fear across the world that Trump or Trumpism could return in four years.”